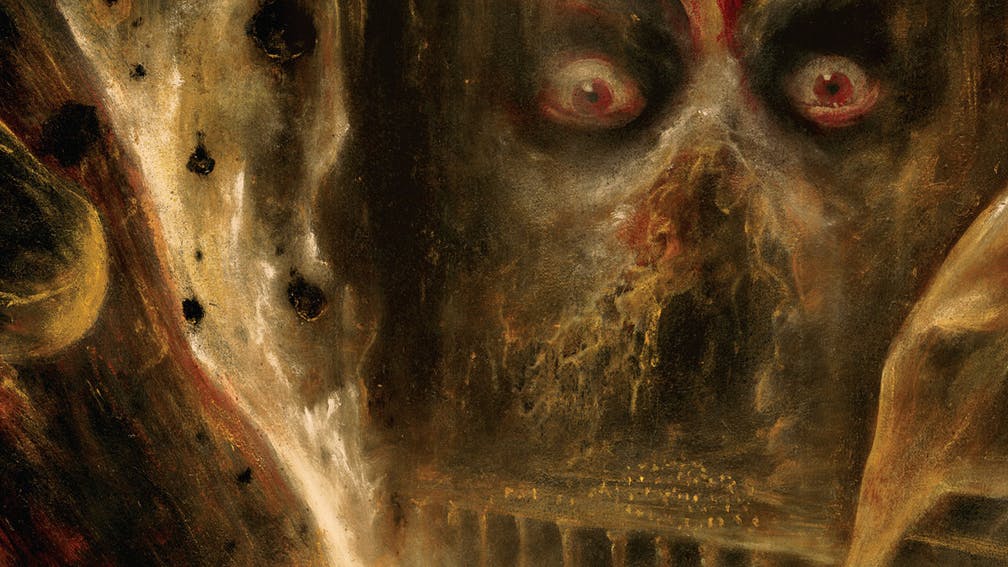 “When you gaze long into the abyss,” warned Nietzsche, “the abyss gazes also into you.” Given that London’s Grave Miasma once wrote a song called Death’s Meditative Trance, about a trip on the hallucinogen DMT during which frontman Y reckoned he’d actually died and crossed over, it may be both unnecessary advice, and also too late. For knocking on two decades now (if you include time served under the less subtle name Goat Molestör), the band have done nothing but plumb death metal’s darkest corners, in the search for a darker shade of black. Referring to this second full-length as “a sonic exploration delving into obscure burial practices and the nature of death itself,” in this new abyss the deities in question are nothing less than the artists themselves.

Though slightly less cavernously murky and with a slightly more aggressive thwack than on previous outings, Abyss Of Wrathful Deities is still death metal in its most haunting, morbid form. Guardians Of Death, Rogyapa and Exhumation Rites are twisted, frenzied stabs of metal that balance high-minded skill and intelligent craftsmanship with a fetid atmosphere and almost religious fervour. It’s a deadly mix.

They’ve got a natural, engrained flair with the vast and epic as well, as on the spiralling Demons Of The Sand and doomy closer Kingdoms Beyond Kailash, blending metallic heaviness with hanging, lingering notes and Middle-Eastern instrumentation. Ambitious, focussed, highly skilled and expertly realised, it’s a work that adds another jewel to the band’s crown. If you’re looking for death metal with the death resolutely front and centre, Grave Miasma remain a band without peer or even close follower.

Abyss Of Wrathful Deities is out now via Sepulchral Voice.