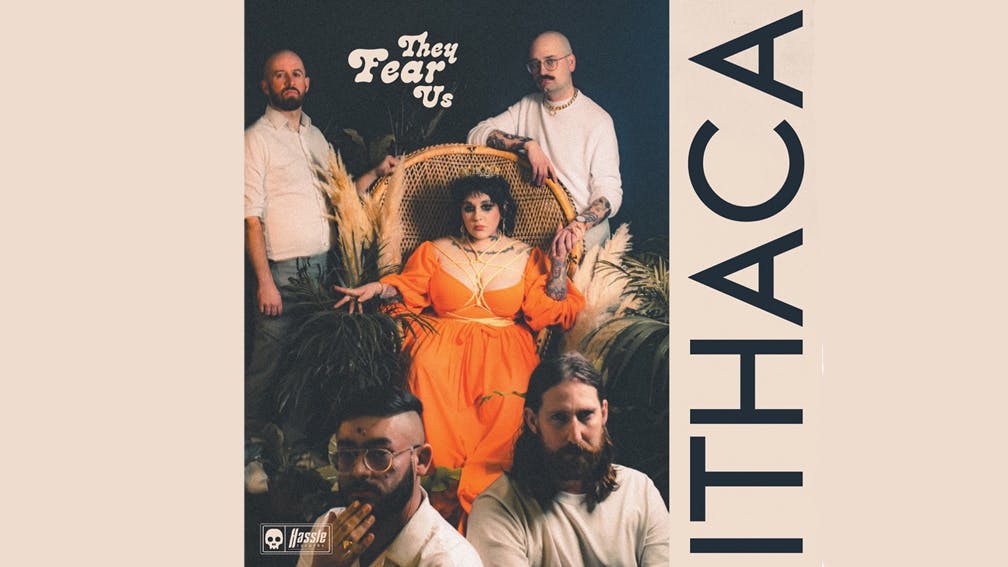 Ithaca are done with feeling beaten down. While they were on their knees and screaming in pain on 2019’s debut The Language Of Injury, they’re got back up and are screaming for vengeance on the second time around. And while there are plenty of bands out there who are adept at presenting themselves as powerful, the London quintet are towering above them all, with such gargantuan sonic heft that it feels genuinely threatening, and cutting lyrics that bristle with violent sass (has anyone uttered anything more potent than 'Wash your blood down the sink / ’cause we don’t keep souvenirs' this year?). It’s never less than astonishing.

Even though there are only so many ways to make big, heavy noises with guitars, Ithaca’s monolithic riffs hit with an earth-shaking impact that’s almost unheard of. The opening chugs of the bulldozing Number Five are tuned so low that they sound like the noises of industrial machines more than instruments, in the best possible way. It’s not their primary USP, however. What makes They Fear Us so intriguing is its far-reaching intricacy, whether that’s in the trembling fretwork of Fluorescent or the field recording of a Ganga Aarti ceremony laid over dhol-like percussion in the title-tracks.

That intricacy continues as the band unveils a vulnerable soft side for the record’s conclusion. You Should Have Gone Back brings together the spidery guitar picking of We Are Not Your Kind-era Slipknot, the virtuosic soloing of Prince and the ethereal atmospherics of Rolo Tomassi in a majestic miniature epic, while the lush pop ballad Hold, Be Held is a gorgeous finale made all the more stunning when Djamila delves into the higher end of her range – it’s impossible not to have chills hearing her ask, 'How much more can I take? When will I heal?'

With an album under their belts as diverse and mighty as this, without a doubt, it’s Ithaca’s time for their flowers.

For fans of: Rolo Tomassi, Employed To Serve, Deftones

They Fear Us is released July 29 via Hassle

Ithaca’s striking new single They Fear Us is about “discovering and harnessing inner power, strength, revenge and retribution”.