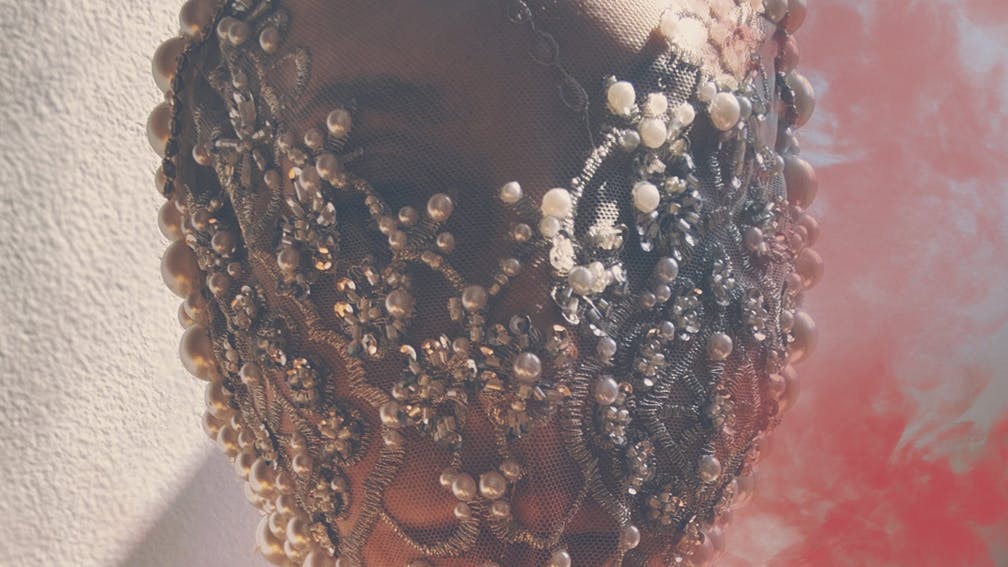 Religion is no stranger to these parts, occasionally celebrated by Christian bands but more often getting it in the neck from the black metal contingent. SINNER GET READY finds Kristin Hayter, better known as Lingua Ignota, taking a rather different approach to the subject. This album is an interrogation of the cult-like variants of Christianity found in rural Pennsylvania, bringing their customs and beliefs into the light to expose frequently unsettling weirdness and an unmistakeable undercurrent of violence and horror.

On MANY HANDS, Kristin sings ‘The Lord held me by my neck’, while REPENT NOW CONFESS NOW includes the proclamation, ‘He will take your legs / And your will to live.’ Previous Lingua Ignota albums have focused on her experiences of sexual abuse, and SINNER GET READY seems to locate an echo of this trauma in the power dynamics of religion. Elsewhere, I WHO BEND THE TALL GRASSES is a demand for divine retribution that recalls Shellac’s Prayer To God, with lines like ‘Just kill him! / You have to! / I’M NOT ASKING!’ Blood, often belonging to Jesus, is liberally poured across these songs. This is not your local vicar’s vision of the Christian faith, but instead one which understands religion as a constant state of war and terror – God-fearing in the most literal sense of the phrase.

You might expect all this to be communicated via some form of extreme metal, but SINNER GET READY is in fact built on an all-but-unclassifiable blend of modern classical, avant-garde and old-time Appalachian music. The majority of these pieces work from a foundation of buzzing drone or skilfully-played piano, embellished by whirrs, clanks, scrapes and plucks from various traditional instruments. PENNSYLVANIA FURNACE and THE SOLITARY BRETHREN OF EPHRATA actually feel like hymns, which isn’t something you’d necessarily expect from an artist often considered to have emerged from the industrial/noise scene. Meanwhile, I WHO BEND THE TALL GRASSES is primarily backed by distinctly churchy organ, which isn’t something you’d necessarily expect from a song demanding the violent death of an enemy.

The most remarkable instrument here, however, is undoubtedly Kristin’s own voice. Quite capable of powerfully devotional melodies, as demonstrated immediately on opener THE ORDER OF SPIRITUAL VIRGINS, her performances here also run a gamut of sobs, wails, hollering and absolutely venomous rage. Sometimes she sounds like PJ Harvey at her most austere, while THE SACRED LINAMENT OF JUDGMENT finds her using a similarly stentorian vocal style to female singers in the English folk tradition. Often, multi-tracked vocal recordings are used to create a polyphonic choir of Kristins – or maybe it would be more appropriate in the context of this visceral collection to describe it as an army.

It’s uniquely difficult to do anything else while SINNER GET READY is playing – this captivating record is the furthest from background music it’s possible to get. Without a single blastbeat or power chord in earshot, Kristin has created the heaviest, most intense album you’re likely to hear this year, one that makes a tremendous addition to what is becoming one of the most idiosyncratic bodies of work in modern experimental music.

SINNER GET READY is released on August 6 via Sargent House.

READ THIS: My Sweet Revenge: How Lingua Ignota is transforming the horrors of abuse into art

Kristin Hayter to retire this era of Lingua Ignota in 2023

With Lingua Ignota being an ‘acutely painful’ project for Kristin Hayter, the musician will be “taking a new direction” in the future…

Watch the video for PENNSYLVANIA FURNACE, the stunning first single to be taken from Lingua Ignota's upcoming album SINNER GET READY.