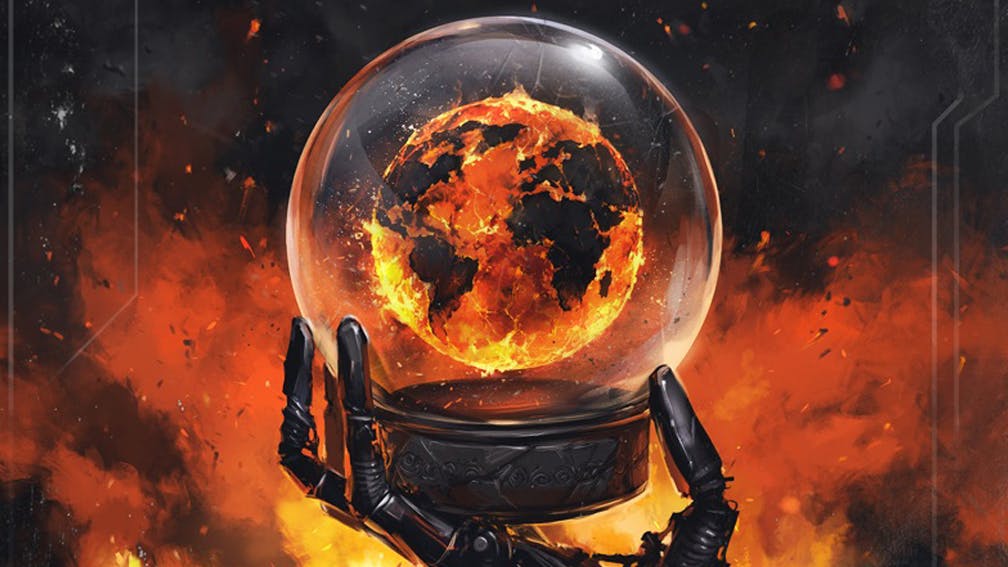 Victorian children were often reminded that they should be seen and not heard. A few rock fans may have said the same about Motionless In White over the years. The sight of them in full cyber-goth fettle at Download in 2017 certainly stopped you in your tracks and made you say, “Look at that.” Thing is, though, those people soon moved on.

Led by Chris Motionless, a charismatic figurehead who has risen to his role with both enthusiasm and responsibility, the band have sometimes struggled – relatively speaking – to deliver music that matches their wildly interesting look. Opening this album with the aptly-named Meltdown they do appear in combative mood, speeding from melodic to heavy, from breakdown to speed-out, and damn, they do it well. However, it’s almost as if this, and several other tracks, are muscle-flexing exercises designed to prove how talented they really are behind the warpaint. Werewolf is a slinky pop-rocker and Masterpiece a welcome change of pace, but several songs in we’re still waiting for a knockout blow – something we can all raise our fist and yell along to.

And then it comes, not once but three times, starting with We Become The Night’s carnival hex of a hook, and continuing with the rampaging industrial metal of BTBTG Corpse Nation, a worthy sequel to 2019’s Broadcasting From Beyond The Grave. Better still, and best of all, is the total goth wig-out that is Red, White & Boom, which features not only the album’s biggest hook, but a guest slot from Beartooth’s Caleb Shomo. Set that against the likes of Cyberhex which make all the right moves but don’t quite get the KO. The difference lies not in delivery but in writing, something that MIW have now proved they can get stunningly right – they just need to spend a little longer with that muse.

For fans of: In This Moment, Falling In Reverse, Bring Me The Horizon