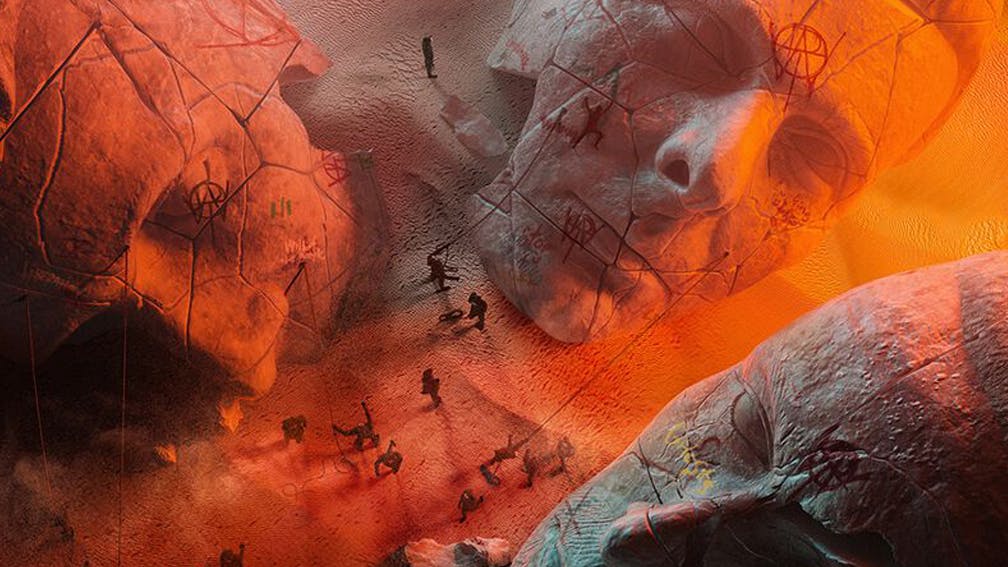 There was a time when Matt Bellamy would sing about disaster and dystopia from a comfortable distance. There were ideas about what today's seeds would grow into in the future, the creep of scary things, winter coming, where we're heading. Now that has become intertwined with where we're actually at – three of four horsemen already here, Famine late but apparently on his way – it would seem that Muse's musings are instead observations of reality as it happens. Ironically, following the cyber-future of Simulation Theory, the band intentionally wanted to make something less far-out. They started it in 2019. Will Of The People's final track suggests We Are Fucking Fucked. If we are, Muse are match-fit to turn the anxieties and upheavals into music that by turns goes straight to the doom and dances in the rain.

One minute, on the opening title-track, things stomp along in stadium-ready Muse mode, all lit up and flamboyant. On Compliance, it's a slower burning, electronic-voiced groove and keyboard motif reminiscent of the machinations of Orchestral Manoeuvres In The Dark, as it ponders the mentality of the mob, the sort that would try to uproot the democracy of a superpower by storming its main operating house.

Elsewhere, Kill Or Be Killed and the defiant Won't Stand Down are some of the heaviest things the band have ever done, echoing the granite vibes of their Drones album. You Make Me Feel Like It's Halloween, Verona and Euphoria, meanwhile, all grandly show off the temperatures at which Muse can operate while staying in Muse-world. We Are Fucking Fucked, meanwhile, is a relatively straightforward, stripped back riffer, in which Matt sings the title with an irony and sarcasm that's almost delight.

As much as the context and subject matter, what's grand here is that Muse remain masters of what they are doing. Nine records in it is inevitable that anything they do will have a particular sheen, but creatively, in performance, and in energy they continue to operate on a plane all of their own. And in a world of uncertainty, that's a very welcome thing.

For fans of: 30 Seconds To Mars, Killing Joke, Linkin Park

Will Of The People is out August 26 via Warner