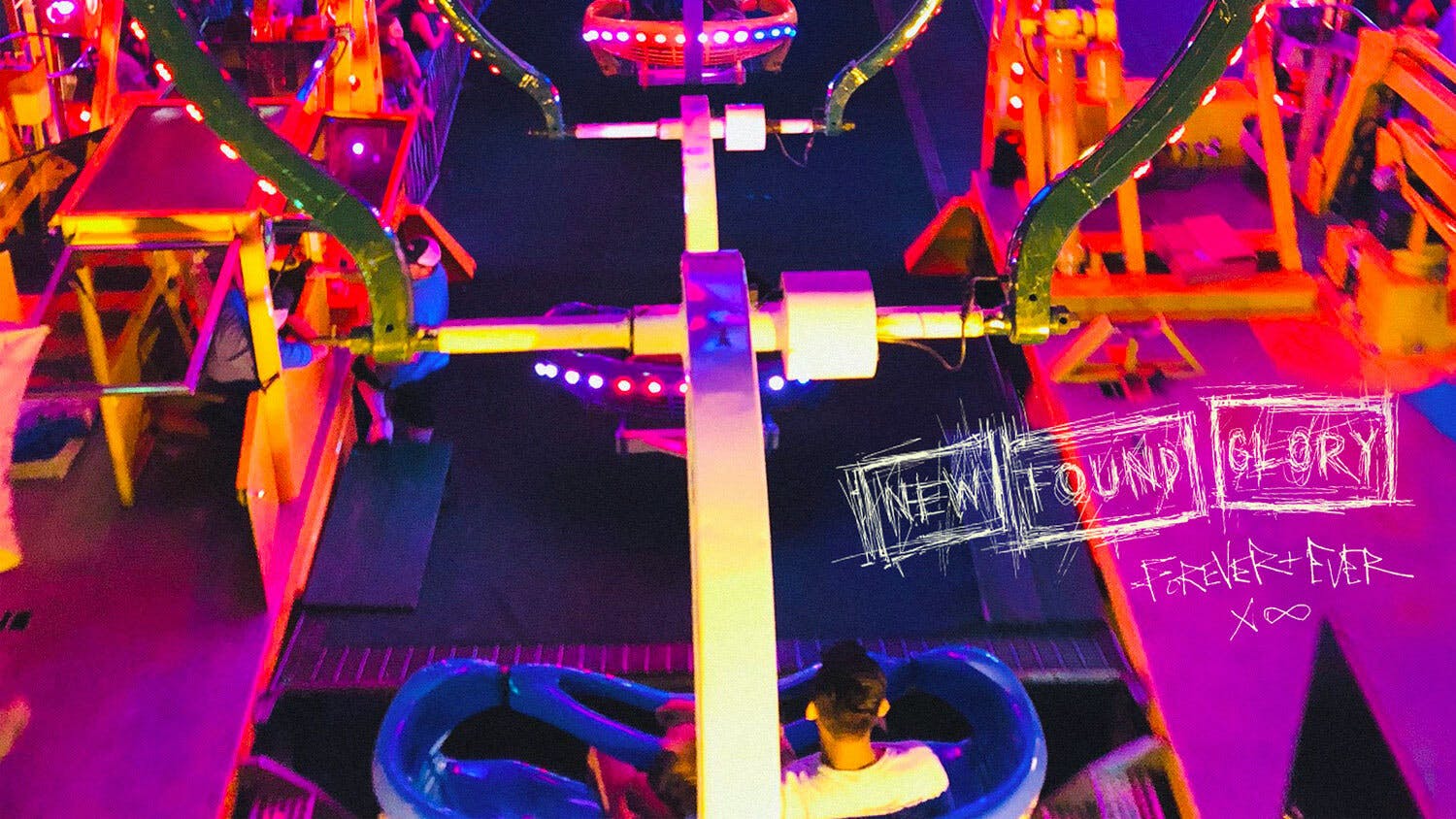 At a time when we’re increasingly being told to get used to a ‘new normal’, it’s good to have something immovable and unchanging to clutch on to. New Found Glory’s tenth album is just that – a ride as predictable yet enjoyable as that of the Ferris wheel on its cover. But given that we’re now in the sunny season most associated with these Peter Pans of pop-punk – the ideal conditions for listening to their music – Forever And Ever x Infinity arrives with an extra frisson of excitement.

That’s mixed with some melancholy too. NFG’s raison d'etre is the spectre of the lost summer, and given that we’ve had to kiss goodbye to gigs, festivals, pubs, and any kind of socialising not done via Zoom, while saying hello to political fear mongering and social unrest, that’s quite literally what we’re facing: a lost summer. As a result, it’s initially difficult to tell if Forever And Ever x Infinity is better than its recent predecessors or whether our yearning for its positive associations means we simply need it more. It helps that it’s so on the nose. During a period of listlessness when many have sheared their barnets out of boredom, the line ‘You’ve got to take your life back’ from a song called Shook By Your Shaved Head lands powerfully, even without its muscular backing.

A couple of tracks later, however, it’s clear this album’s qualities go beyond painting a picture of the world we want rather than the one we’ve got; this is the band’s best offering in at least a decade. Unsurprisingly, given its title, NFG’s fascination with the passing of time continues: focussing on being left on the shelf rather than rites of passage, sagging midsections rather than baggy shorts, as Double Chin For The Win attests. Pop-punk is a sub-genre characterised by youth, but there’s a reason its leading lights have made some of their most interesting offerings when longer in the tooth: because, as French painter Georges Braque once said, ‘With age, art and life become one’.

If growing up is about figuring out what we’re really about, then it’s unlikely any of us truly meet the criteria, as frontman Jordan Pundik realises on Stay Awhile (‘The more I get older the clearer I see the misconceptions embedded in me’). NFG have aged gracefully because they’ve been around long enough to tell us how their grown-up realities have measured up to their youthful dreams. What’s more, they’ve realised a simple thing many bands overlook: that you can craft an album the same way you do a live set, juxtaposing the vigour of yesterday (Trophy) with the perspective (Slipping Away) and superior musicianship (Himalaya) of today.

No, New Found Glory still haven’t rewritten their playbook. They’ve reinforced its pages over the years, though, because the other constant they’re known for is quality. Trends come and go, but energy, earnestness and tales of love and friendship, well told, will never go out of style. ‘We would make the best team / Better than the ’96 Bulls ever were / Jordan, Rodman, and Pippen / Wouldn’t have known what had hit them’, Jordan Pundik – not Michael Jordan – sings on Greatest Of All Time. Read that song title back. It’s there for a reason.