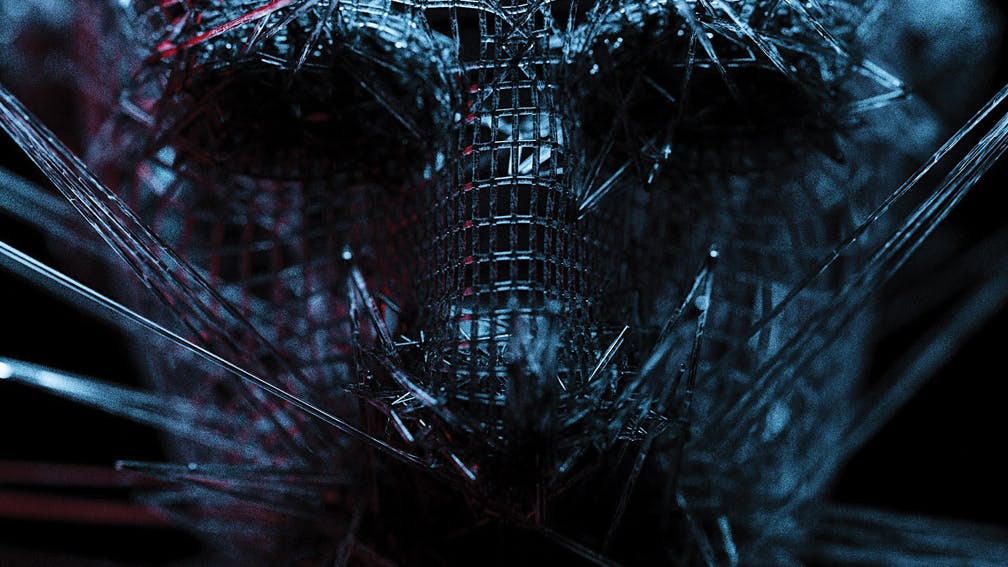 On hearing their name, you’d be forgiven for thinking Nicolas Cage Fighter aren’t ones to take themselves too seriously. But despite rolling with a moniker that references one of the most memed names in Hollywood, the Victoria band’s music is anything but a joke. With debut album The Bones That Grew From Pain, the quartet tackle subjects as serious as the death of our planet and personal accountability, displaying a hefty knack for death metal-inflected hardcore in the process.

Opening track Grey Eye is typical of their approach, as classic death metal influences combine with aggressive hardcore. Despite the ferocity, though, the band leave room for the music to breathe, particularly in the verses where the groove of guitarist Justin Ellis offsets the potent growls of frontman Nick Moriarty.

Elsewhere, Static Abyss’ demonic vocals hammer home the band’s anti-industrialisation message, while the rampant title-track and Weeping Sores – a hardcore number which features some pretty catchy riffing – also impress. Throughout, Nicolas Cage Fighter balance the metal and hardcore facets of their sound well, drawing from the extremes of both genres and splicing them together in a manner which rarely sounds muddled or self-indulgent.

Rounding out the album with the ferocious one-two of Heretic’s Vow – a furious hell-raiser – and the fast-paced A Great Ruinous Deed, Nicolas Cage Fighter end proceedings on a high, delivering a pair of mighty blows that bring things to a satisfying conclusion. A record that shows promise, The Bones That Grew From Pain is proof that you shouldn’t judge a book – or a band – by its cover.

For fans of: Justice For The Damned, Alpha Wolf, Converge

Now Hear This: Sophie K On The Best New Rap-Metal, Alt-Pop And Metalcore