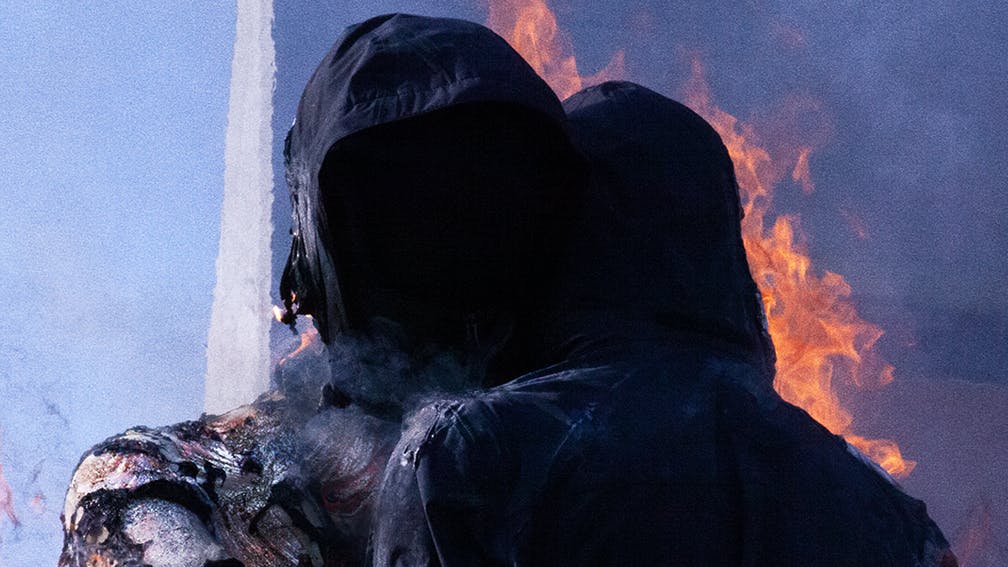 ‘Human life is a trauma factory.’ Those solemn words open Trauma Factory, the fourth full-length from emo-rapper nothing,nowhere. – real name Joe Mulherin – and across its 15 tracks you can very much hear the pain, anxiety and heartbreak that have fuelled their creator in penning the most intense album of his career.

An undeniable facet of this record is Joe’s ability to pen snappy singles. One such song, nightmare – released last year – happens to be his strongest so far. A contemporary pop-punk jam in the vein of Machine Gun Kelly and YUNGBLUD’s recent output, it’s an infectious coming together of easy-on-the-ear melody and dark lyrics. fake friend works similarly well and, like nightmare, finds Joe backed by a full band. It’s here, where nothing,nowhere.’s cathartic lyrics are properly backed-up by guitars and drums, that the music is at its most impactful. Making proper use of those instruments allows the emo-rap formula to be stretched beyond the tropes of the genre, something seen on closing track barely breathing, which builds to a post-hardcore crescendo in the vein of early Underøath and From First To Last.

Trauma Factory’s straight-up rap moments are more hit-and-miss, with the likes of exile and upside down feeling coherent enough but lacking in bite, demonstrating how nothing,nowhere. sounds best when the musical backdrop is thicker and leans more into the heavier side of Joe’s sound.

Despite the variations in approach, though, one thing that is consistent throughout this record is nothing,nowhere.’s ability to convey the depth of emotion that lies behind the music. Joe Mulherin has turned his trauma into a relatable, appealing and varied collection of songs, and the result is his best album yet.

For Fans Of: Machine Gun Kelly, YUNGBLUD, twenty one pilots

Trauma Factory is released on February 19 via Fueled By Ramen