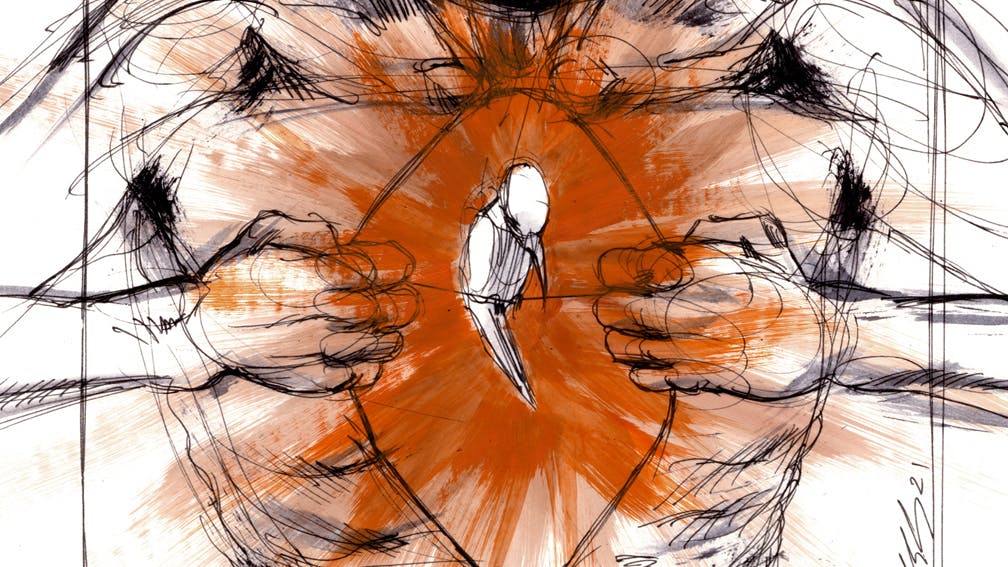 When is an album not an album? That’s the question Of Mice & Men are inadvertently posing with the release of Echo. That’s because the Costa Mesa metalcore outfit’s new full-length isn’t actually entirely new. Rather, it gathers their two remotely-written and recorded 2021 quarantine EPs – February’s Timeless and May’s Bloom – and adds four more tracks to the equation. Those EPs are blisteringly heavy, but have some impressively anthemic and melodic moments woven into them. Hearing them together doesn’t add offer any new dimension or insight to them, but it’s worth noting how cohesive they sound side by side.

It’s interesting, then, that the third and final piece of the puzzle is a marked shift from what precedes it. Mosaic is bone-crushingly heavy – more so than anything on the first two EPs, which already offered a more brutal side to the band than had been heard in a while. The use of air-raid sirens – or what sounds like air-raid sirens – at the song’s midway point adds an apocalyptic dimension to its already fraught and frazzled atmosphere, Aaron Pauley’s vocals as ferocious as they ever have been.

As soon as that’s over, however, Fighting Gravity takes things in the opposite direction. Its 21st century pop aesthetic still contains some crunching riffs, but without those it could almost pass for chart fodder. Then comes the title-track. The best of the three new songs, it’s an evenly balanced mix of heavy and melodic that once again demonstrates just how well OM&M have got their formula nailed down. They’re not breaking any new ground, but they do what they do consistently well.

The last track is a cover of Helplessly Hoping by folk rock supergroup Crosby, Stills & Nash. It turns the unsettling poignancy of the original into an Auto-Tuned lament that turns up the melancholy significantly, while the layered, mechanical drone of the vocals replicate the uneasiness of the 1969 version. It also sounds nothing like Of Mice & Men. That’s not a bad thing, but it makes its inclusion surprising, to say the least. Unless OM&M plan on becoming a folk group after this. Stranger things have happened.

For fans of: We Came As Romans, Architects, Beartooth

Echo is released on December 3 via Nuclear Blast

Listen to Of Mice & Men's new single Timeless – a "song about becoming increasingly aware of impermanence, written through somewhat of a somber, yet romantic, lens".