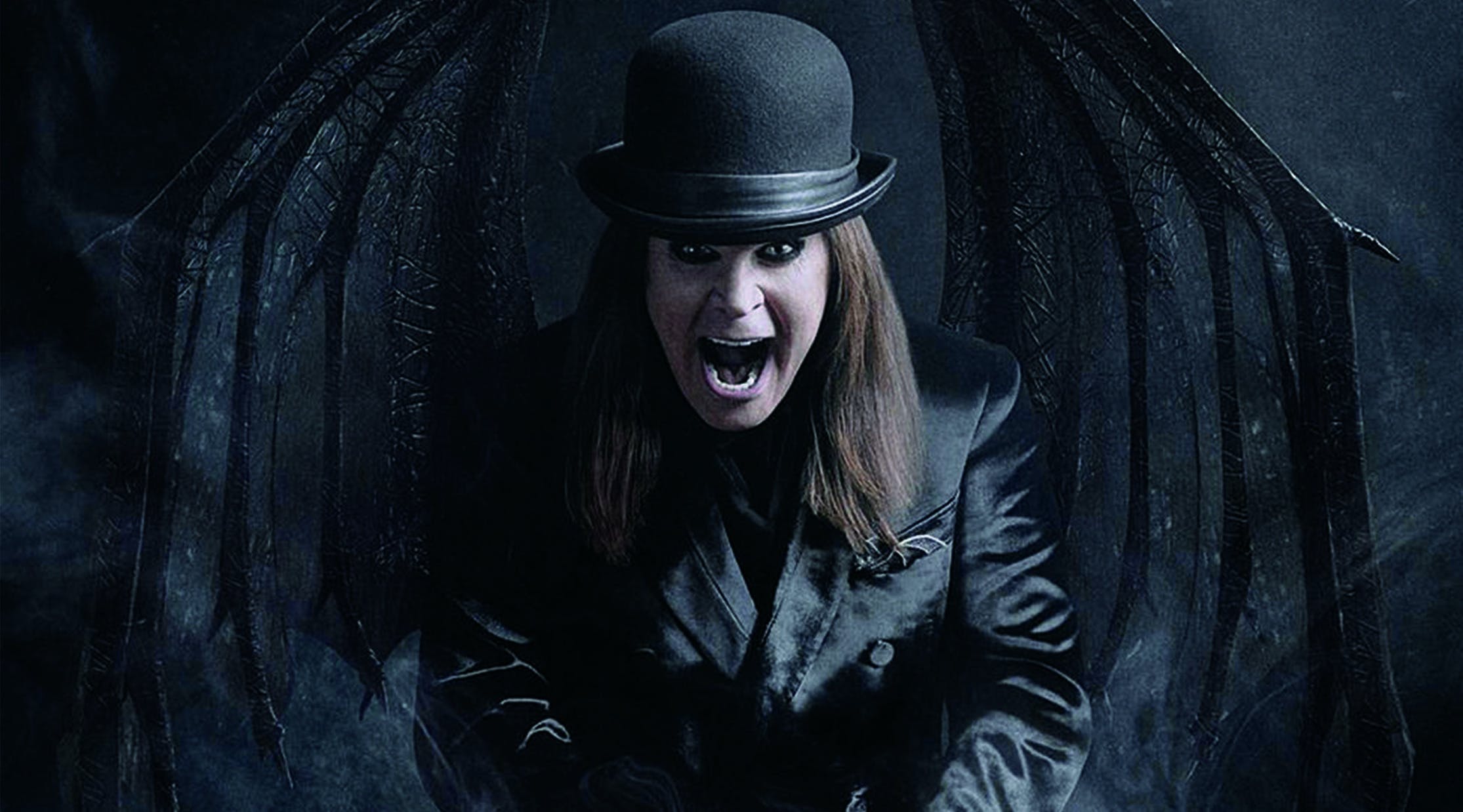 There is a moment early on in Ordinary Man that reminds you of just how powerful and, at times, comforting rock music can be. As opener Straight To Hell explodes from the speakers with a classically sharp yet rolling riff that recalls the best of Ozzy’s four decades of solo output, one thought springs to mind: The Prince Of Darkness is back. And thank all the lords of the abyss for that. Given the health-related issues the big man has battled recently, this is an album that easily might not have come to exist. And while it’s not a perfect piece of work, it is an invigorating and important one. It’s Ozzy’s first record in a decade, for a start, but more than that, it’s proof that he’s still got that fire in his belly that’s kept him in his place as everyone’s favourite rock’n’roll madman. And God bless him for it.

What Ordinary Man sounds like is the Double-O and a gang of mates being spontaneous. There was no intention at the start to make a record, with the idea for the whole thing springing from his guest appearance on Post Malone’s hit Take What You Want from last summer. Ozzy has spoken about how the album grew organically, and was written and recorded in a blur, much like Sabbath’s genre-establishing first albums in fact. Roping in Guns N’ Roses bassist Duff McKagan and Chad Smith of the Red Hot Chili Peppers on drums, alongside Post Malone’s producer Andrew Watt on guitar, things quickly took shape. The result is something raw, energised, and full of life, as well as emotionally weighty in places, with curveballs in just the right places.

True, Andrew’s lead guitar work might not be as blazing as longtime guitarist Zakk Wylde’s (absent here, according to Ozzy, because things snowballed so fast that the record was done before they realised they were properly making one, rather than just jamming), but the riffs hit home consistently. The band themselves are just right for the idea as well, with Duff’s punky edge and Chad’s sense of swing making for a dynamic engine, whether on the heavy Under The Graveyard, the rollocking Eat Me, or the massive All My Life.

There are friends popping up all over the place, too. Slash adds his guitar cool to the aforementioned Straight To Hell, while Rage Against The Machine axe wizard Tom Morello delivers a blistering solo on Scary Little Green Men. Post Malone returns the guest-spot-favour on the banging It’s A Raid, an absolutely wonderful riot of noise, colour and punky chaos, while things take a sombre turn as Ozzy duets with Elton John on the piano-led title-track, which is every bit as gloriously overblown as you might expect. It finds the singer in a reflective mood, looking back on his crazy journey of a life, before singing, ‘Don’t forget me as the colours fade / When the lights go down, it’s just an empty stage’. It’s a heavy thought, but it’s offset by the brilliant fact of the here and now: ‘Just remember, I’m still here for you’.

By Ozzy’s own admission, this isn’t “technically the best album [he’s] ever made”. But as the thing that got him back on his feet and doing what he loves because it feels good, after his fall, his pneumonia, two cancelled tours and the better part of a year stuck at home recovering and feeling gloomy, it’s a joyous one. This is an album to celebrate. There’s life in the old dog yet, and what’s more he’s learned some new tricks, which can only be applauded at this point. Ordinary Man might end up being the full-stop on an extraordinary career. Let’s hope that’s not the case, but if it is, Ozzy is going out with as much fire and passion as he started with 50 years ago.

READ THIS: A track by track review of Ozzy Osbourne's Ordinary Man