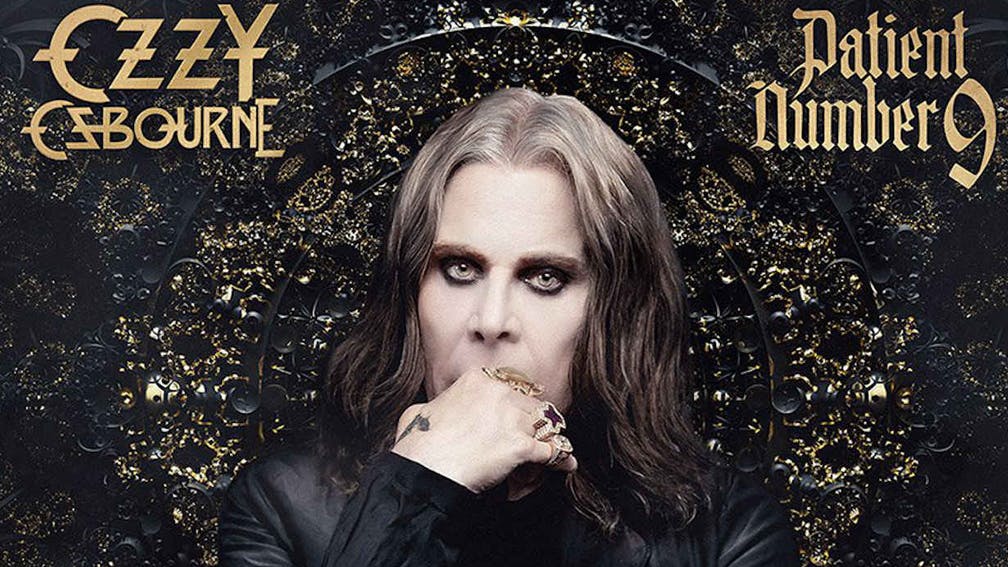 Ozzy is a man who is often down, but crucially one who is never out. Three years ago, when he released his Ordinary Man album, he was still recovering from a year and a half of physical ailments – staph infection, major neck surgery following a fall that dislodged previous neck surgery – and announced around its release that he was living with a form of Parkinson's disease. The album itself occasionally looked deep into the darkness, oft talking about The End, while the title-track was a duet with Elton John that sang about bringing the curtain down and 'just an empty stage', with a feeling not unlike Sinatra's My Way.

But, just as when his '90s "retirement" plan lasted less than a year ("Got bored, went back to work," he shrugged at the time), Ozzy without music just isn't a thing. Bringing in mates to help out – Duff McKagan, Andrew Watt, Chad Smith, Post Malone – he said making the record with no real plans of what would happen to it actually made him feel normal.

It's a similar situation on Patient Number 9. It's Ozzy doing music because it's a laugh, it's what he loves. The guestlist has expanded to include his long-time gunslinger Zakk Wylde, Black Sabbath guitarist Tony Iommi, Pearl Jam's Mike McCready, Metallica bassist and former bandmate Robert Trujillo, Cream legend Eric Clapton, Jeff Beck, and Taylor Hawkins, among others. It might not have anything with the same riotous energy as It's A Raid, his punked-up duet with Post Malone that went off like a feral firework, but it still radiates a sense of the thing you love keeping you excited and feeling alive.

That's not to say there isn't darkness, though. 'Every hallway's painted white as the light that will guide you to your help,' he sings on the opening title-track. 'Making friends with strangers inside my mind / 'Cause they seem to know me well / Hiding the pills inside your mouth / Swallow 'em down then spit them out / I hear the laughter scream and shout "No tomorrow"'. But Ozzy's often had a gloom looming over his lyrics, and admitted to Kerrang! that, "Sharon always tells me that on a clear blue day, I'll insist on finding a black cloud." True enough, but when he finds it, the energy is still magnetic.

All his guitar co-conspirators bring their individual flash to their tracks. The opening title-track is exactly what you'd both want and expect from a Jeff Beck tune with Ozzy singing, while Tony Iommi's Degradation Rules wears the shadowy cloak of Sabbath. There's a particular shine to the Zakk Wylde tracks – Parasite, Mr Darkness, Nothing Feels Right and Evil Shuffle – in which the familiar magic of the pair working together over Zakk's muscular riffs stands tall.

If nothing else, it's pleasing to see Ozzy still carrying on and still being The Prince Of Darkness. But Patient Number 9 is also, like its predecessor, a massive celebration of life and friendship and the magic power of music. 'I'll never die, because I'm immortal!' he announces on Immortal. He sounds it.

Patient Number 9 is out now via Epic