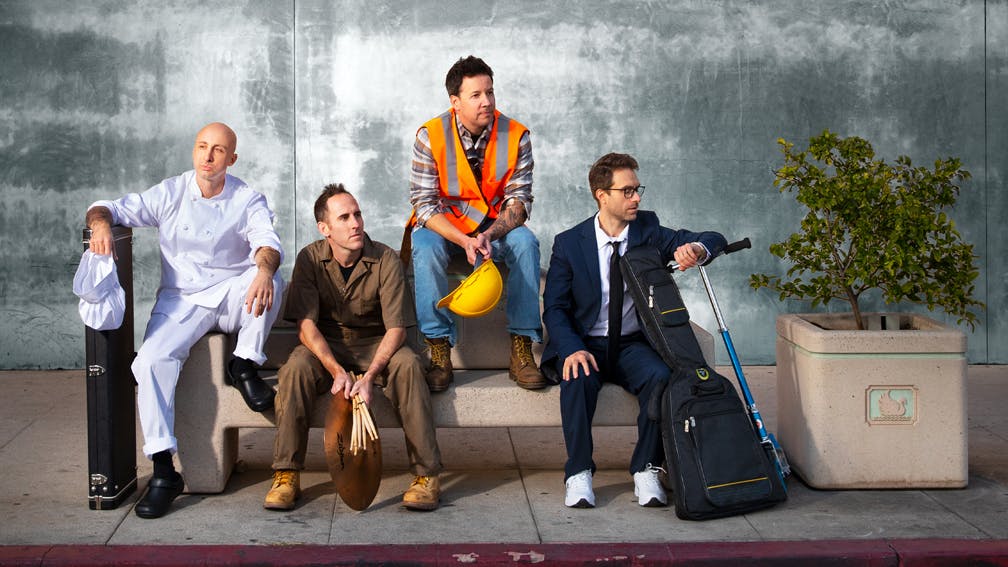 After a lengthy absence – it’s been six years since last LP, Taking One For The Team – Simple Plan make their long-awaited return with Harder Than It Looks, the Canadian pop-punks’ first album without major label backing. The year 2022 may be more interested in those solo artists – Machine Gun Kelly, jxdn, YUNGBLUD – who blend the classic pop-punk sound with hip-hop and Gen Z-isms, but that’s not deterred the Montreal natives from sticking to what they do best: dishing out nostalgic pop-punk packed full of charm and heart.

There’s plenty of emotion present on Harder Than It Looks, something evidenced by world-weary opener Wake Me Up (When This Nightmare’s Over), as well as recent single Ruin My Life – which features Sum 41’s Deryck Whibley – and The Antidote. The latter is the pick of the bunch from the album at large, a song where Simple Plan raise the emotional stakes to their highest and deliver one of the best tracks to which the band have ever put their name.

There’s plenty of fun to be had by way of fast-paced pop-punk ripper Congratulations, while sports anthem in-the-making Iconic’s euphoric horns are just the right side of cheesy, but Simple Plan bring back the emotional tension for album closer Two. A despairing ode to the damage divorce wreaks on families, it’s the band’s answer to blink-182’s Stay Together For The Kids, and a reminder there’s far more to Simple Plan than the band who did the Scooby-Doo soundtrack and That Song You’ve Heard On TikTok.

Harder Than It Looks is self-released on May 6