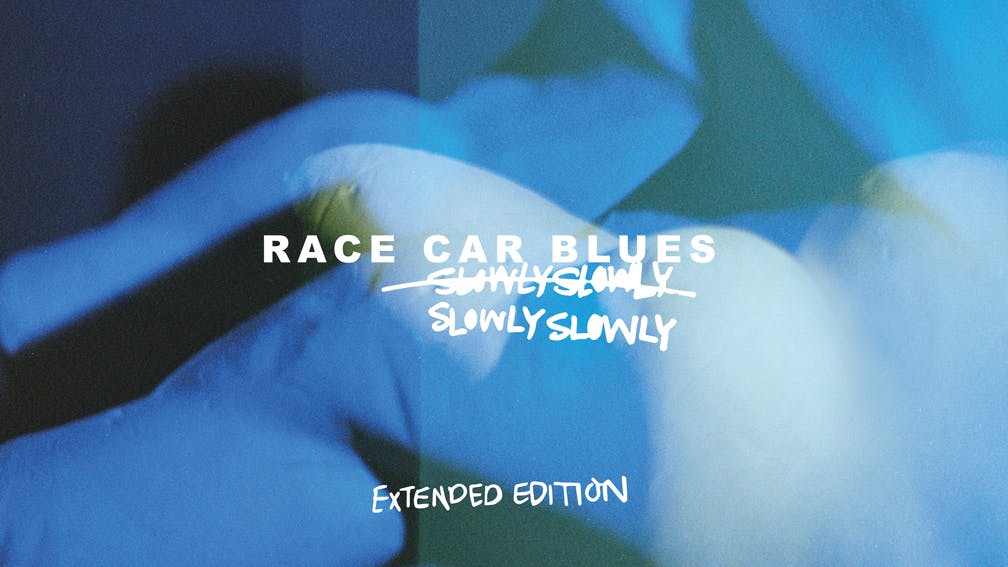 Slowly Slowly frontman Ben Stewart is one of contemporary emo’s most underrated songwriters. The driving force behind a band that have been producing great tunes for the past five years, Ben’s efforts have flown somewhat under the radar outside of his native Australia. Such was the wealth of music he and his bandmates amassed for third record Race Car Blues, released last year, the quartet are now reissuing said album with an additional 12 tracks, collectively dubbed ‘Race Car Blues – Chapter 2’. The result is a whopping 24-song collection of emo presented in various guises, and it makes for a consistently rewarding listen.

Of the new songs, gorgeous acoustic number Set The Table stands out, Ben Taking centre-stage as he soulfully declares ‘If I can build a hole to die in / I’ll build a life to live in too.’ Pop-punk ballad First Love – a collaboration with fellow Aussies Yours Truly – also impresses, as does Comets And Zombies, the latter a vintage dose of the charming emo Slowly Slowly do so well. The twinkly guitars of Learning Curve, meanwhile, recall the softer moments that characterised the band’s excellent 2018 LP St. Leonard’s.

With the tracks from Race Car Blues’ original iteration like the catchy Jellyfish and urgent rocker Safety Switch also thrown into the mix, this reissue is a hugely impressive demonstration of Slowly Slowly’s craft. And while a collection of emo tracks lasting over an hour might sound like a daunting undertaking for those not enamoured with the genre, this record is one worth approaching with an open mind. Let it in, and feel the blues race away.

For Fans Of: Spanish Love Songs, Taking Back Sunday, Turnover

READ THIS: The story of emo in 14 songs