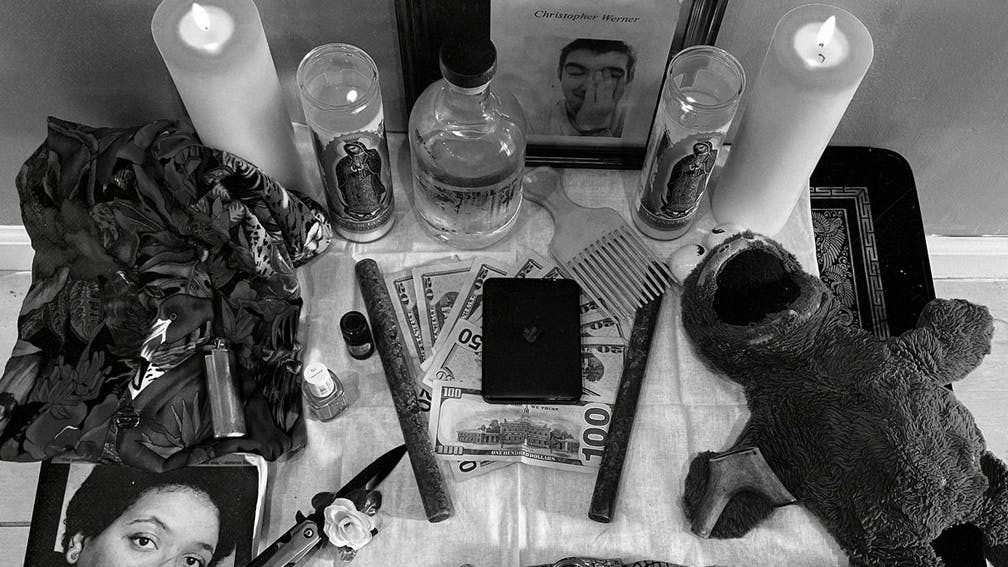 There’s a big noise coming over the hill and it’s undoubtedly roaring from the fiery mouths of socially conscious, musically challenging acts like Philadelphia’s Soul Glo. There’s a new generation of hardcore bands emerging, and this ferocious but thought-provoking outfit are right there, amid that movement’s beating pulse. Previously prolific releasers of EPs, Diaspora Problems is Soul Glo’s first full-length, and emerging on the legendary Epitaph label, it’s going to justifiably raise some eyebrows.

The band melt hip-hop, metal and punk influences into an oft frenzied whole, and while they certainly aren’t the first to do that, the fact that they seem to do it instinctively – through street-smart bludgeons like Thumbsucker and GODBLESSYALLREALGOOD – virtually puts them into a field of one. The corrosive riffs, the velocity and Pierce Jordan’s scathing larynx carve out a niche – what’s impressive is that it all sounds so natural.

So far, so cathartic. Indeed, the one thing holding Diaspora Problems back, save for its disappointing lack of hooks, is that it doesn’t exploit its strengths as fully as it might. Certainly on We Wants Revenge, the outfit – now reduced to a trio following the expulsion of their guitarist who’s been accused of abuse – demonstrate that they can go just as raw punk bellicose as The Bronx. In contrast, Driponomics (featuring rapper Mother Maryrose) goes somewhere The Bronx would never go – deep into bass-boomy hip-hop. Following their line-up problems, Pierce gloomily described his band’s future as ‘murky’. Let’s hope he was wrong.

Soul Glo may not quite invoke the anything-could-happen chills you get from a Code Orange album, but this fiercely marshalled whiplash of a debut tells you they might do all this and more. Diaspora Problems sows the seeds; what happens next is up to them.

Diaspora Problems is out now on Epitaph

Watch the video for Soul Glo’s electrifying new single Jump!! (Or Get Jumped!!!)((by the future)), taken from their upcoming fourth record Diaspora Problems.

Philadelphia’s Break Free Fest is a sanctuary for punk diversity