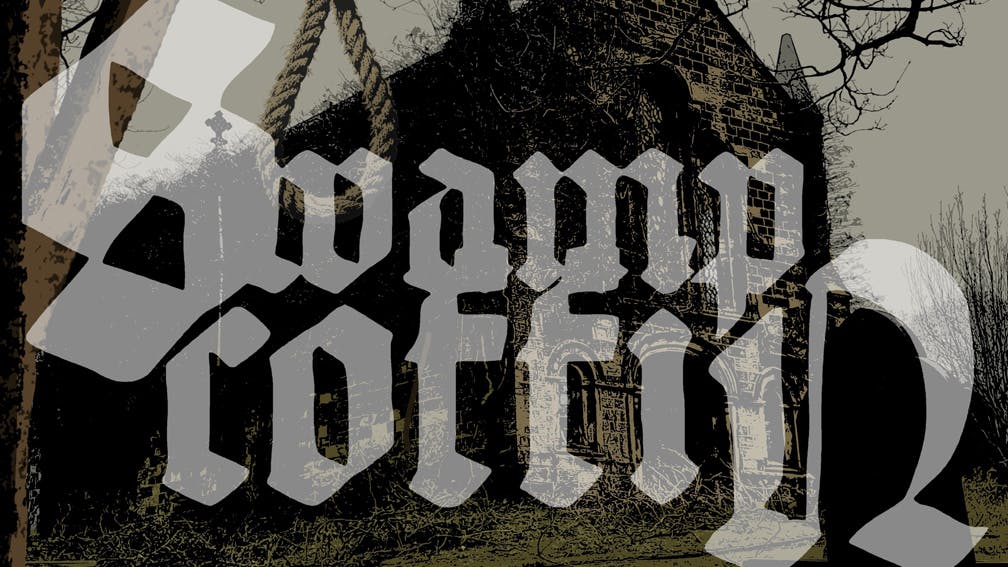 Swamp Coffin are certainly no strangers to turmoil. Before they’d ever even recorded a demo together, vocalist Jon Rhodes lost his brother in law to a car accident. Nine months later he found himself homeless for six months as a result of a house fire. The band soldiered on, releasing their demo in 2018 and an EP a year later, however, the emotional fallout of those events has lingered.

It’s on this foundation of psychological unrest upon which the Rotherham-based trio’s debut album, Noose Almighty (the title-track was written at Disneyland!), is built. Channeling heartache into hatred, the band have created northern England’s equivalent of NOLA sludge, combining traditional doom grooves and melodies with the visceral fury of death metal.

The element of catharsis is prominent for the duration, bolstered by a suffocating atmosphere and riffs that are monstrous in size. Songs such as Barbarian Windsor hearken likenesses to EyeHateGod’s angst-ridden anthem Serving Time in the Middle of Nowhere, with anguished howls and crawling guitars. The similarity is shrugged off as quickly as it appears, as Swamp Coffin rumble on towards the next track. The dynamic switches in tempo for every song build towards a tumultuous climax, but ultimately the feeling of unease never really recedes. In the moments where Swamp Coffin aren’t delivering a severe audial beating, the more subdued passages are still wrought with sinister intent.

The old Nietzsche quote ‘to live is to suffer, to survive is to find some meaning in the suffering’ definitely rings true, they’ve found their meaning in Noose Almighty; founded in pain but without a doubt destined for good things. Swamp Coffin are definitely a band to keep a close eye on.

For fans of: EyeHateGod, Crowbar

Noose Almighty is out now via APF

Read this: EyeHateGod's Mike Williams: “Being optimistic is a part of survival at this point… There are lots of reasons why I want to stay alive now”