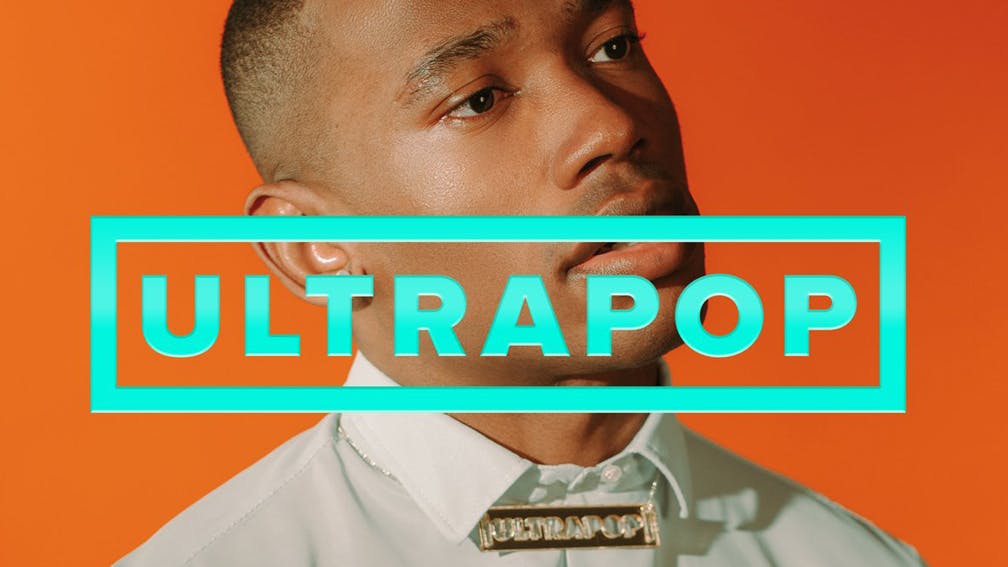 To many fans of this thing we call rock, ‘pop’ is something of a dirty word, perceived as a genre of music somehow beneath the artistic skill and prowess of other musicians who play guitar and shout a bit. This is, of course, nonsense, and the melting pot of pop is brimming with boundary-pushing and inventive artists like Charli XCX, St. Vincent and Grimes to name a few. Sort-of anonymous art collective The Armed are acutely aware of the vitality and vigour pumping through 21st century pop’s veins, using it as the backbone for their new form of heaviness dubbed ultrapop.

According to the band, the album is “an open rebellion against the culture of expectation in ‘heavy’ music,” and you just have to look at the visuals surrounding the record understand how The Armed are determinedly pushing the buttons of ‘heavy music’ fans – from their promo photos that look like a high-end fashion shoot to the wholly un-rock’n’roll album sleeve. And yet, it’s the most wilfully destructive record of the year.

As the opening title-track throbs into life, a thick layer of fuzz oozes out over the record and is never removed, urging the rich, luscious palette beneath to burrow deeper and push harder to be heard. Almost immediately it feels perfectly formed, with twinkles and shimmers adding extra flourishes to the sonic dissonance of piercing noise and pristine pop seemingly at war with each other.

And yet, this is just one piece of the jigsaw. From that point on, The Armed not so much as welcome you into their world, but chokeslam you into its murky depths. So much is crammed into every song, the mere thought of trying to categorise a 10-second snippet is laughable. Punk, electronica, indie, hardcore, black metal, noise… post-everything and yet also includes-everything. The sound of eight people working at maximum capacity, bursting with Technicolor hatred for a listener’s wellbeing and joyous disdain for comprehension. Choruses and foot-tapping beats are over; try dancing to Masunaga Vapours and you’ll end up in traction.

But that’s not say it’s unlistenable, far from it. In fact, it’s addictive to see where the record goes next. While most hardcore bands are adamant about getting heavier, The Armed are going poppier and, ultimately, weirder, often in the space of one verse. Rather than a picturesque Monet landscape to sit and quietly contemplate, Ultrapop is a Magic-eye painting – if you squint hard enough there’s something you recognise amongst the madness.

It’s the more indie-leaning songs that stand out as the most accessible, like the art-school An Iteration and the meditative Average Death, meanwhile the lackadaisical nature of Bad Selection makes you unsure you’re even listening to the same band… until its eventual sonic bludgeoning like Agoraphobic Nosebleed covering The Weeknd.

At the other end of the spectrum, Big Shell is the sound of crushing despair, Faith In Medication buzzes with chaos and the ominous slow burn of closer The Music Becomes A Skull confirms that you are, in fact, nothing more than a toy to The Armed – just a subject to be experimented on to see how much discordance you can take before running away to the safety of a 4/4 beat and anything resembling a chorus. Ultimately, Ultrapop is less a record than it is an artistic statement, a defiant ‘fuck you’ to any and all perceptions of what a heavy band should and could be. Sure, it’s not something you’re going to dip in and out of on a whim, but when you’re in, you won’t want to leave.

For fans of: The Dillinger Escape Plan, Code Orange, Converge

Ultrapop is out now via Sargent House.

READ THIS: Is it hardcore? Is it metal? This is the new wave of violence

The Armed: “Heavy music is supposed to be about subversion… It's become about finding a niche subgenre, then doing cosplay”

Ad agency alias? Tony Hawk side-project? Hardcore punk illuminati?! They’ve been one of the most fascinating forces in heavy music for over a decade now, but with new album ULTRAPOP, “anonymous” Detroit co-operative The Armed are out to reshape people’s perceptions of extreme music forever…