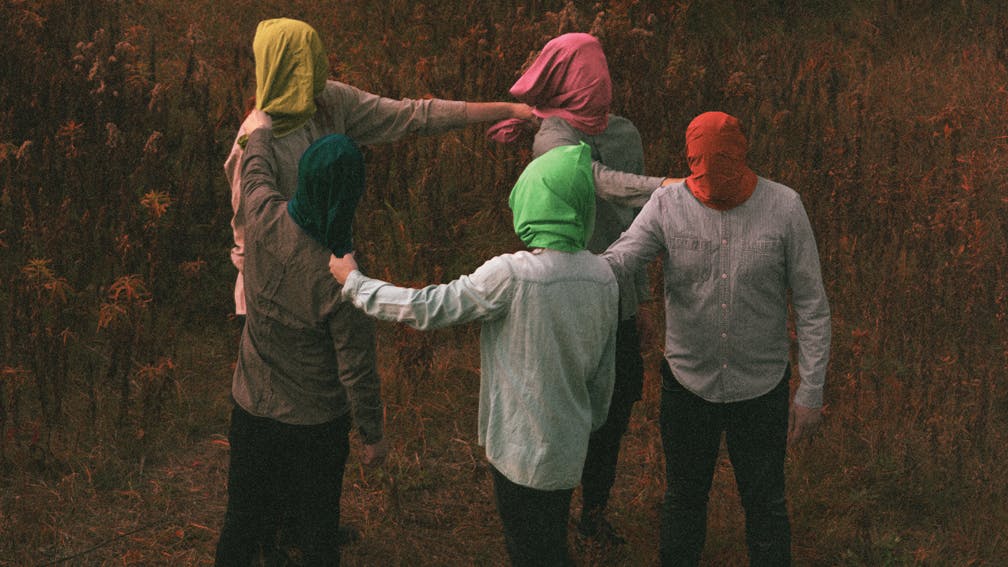 The Calluos Daoboys are the sort of band where whether you like them or not is almost irrelevant. Insistent almost to the point of intrusiveness, the Atlanta outfit are an explosion, a fireball, a violent freefall of charged sound and wanton energy. Like The Dillinger Escape Plan and Every Time I Die before them, they don't so much play to their audience as at them. On Celebrity Therapist, they pinball wildly through their volatile mix of hardcore, tech-metal and (occasionally) rock’n’roll like a band trying to free their skeletons from their skins. Oh, and they've got a violin. They are quite, quite thrilling.

When they go fast and hard, as on opener Violent Astrology and The Elephant Man In The Room, they redline adrenaline gloriously. Occasionally a similarity to mid-period Dillinger is a little hard to escape (electrifying frontman Carson Pace does a spot-on Greg Puciato scream, the arrhythmic, juddering stop-start bits are pure Miss Machine), but that really doesn't matter when it comes at you this forcefully and creatively.

In between the punches, more restrained but equally off-the-wall interludes add space for a breather. Title Track (we see what you did there) mellows out after its furious opening throw, going into multi-layered vocals, while elsewhere, Star Baby takes a jazzy turn that's as discombobulating as listening to two songs at the same time, before morphing into something not a million miles from Faith No More at their most ugly and awkward. Then they whip out a sax.

What makes them so good, though, is the magnetic swagger with which they do it all. The Callous Daoboys don't want to hurt you, but to roughly, energetically, cathartically dance with you. It'll leave you dizzy but delighted.

For fans of: Every Time I Die, The Dillinger Escape Plan, Mike Patton

Celebrity Therapist is out now via MNRK

Watch the video for The Callous Daoboys’ ace new single, A Brief Article Regarding Time Loops.