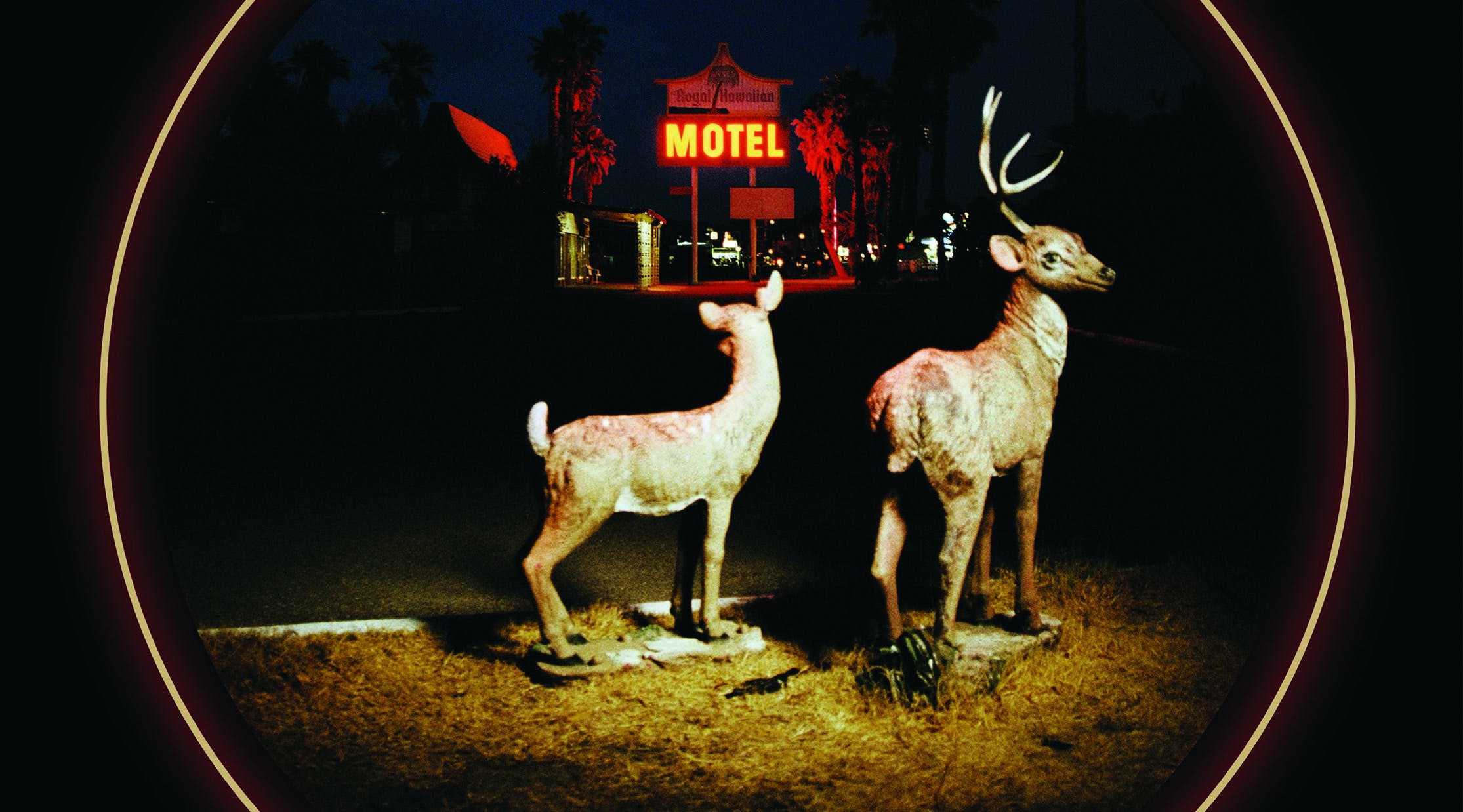 If you’re headed to Las Vegas to roll for the big one, then you could do worse than have The Menzingers in your corner. Since releasing their second album Chamberlain Waits in 2010 – a sizzling collection of whip-smart punk songs that piqued the attention of Epitaph Records – the Philadelphia quartet have been on a creative winning streak most bands would sell any possession you could name for. It was a record that announced them as something refreshingly honest, unpretentious and easy to like on a relatably “you” level.

Their excellent follow-up, 2012’s On The Impossible Past, found the band making their bones as heartfelt storytellers of youthful misadventure, while solid follow-up Rented World proved they could write explosive rock bangers as well. 2017’s After The Party, meanwhile, felt like a culmination of all those elements: a love letter to the high times and hard lessons of your twenties, even as those years fall away behind you in the rearview mirror. So, the question that faces sixth album Hello Exile is, where can you go from here?

Of course, The Menzingers’ trajectory from the dives and basements of Pennsylvania to becoming beloved globetrotting champs isn’t down to luck. In longtime friends and singer-guitarists Greg Barnett and Tom May they have two incredibly talented songwriters. On Hello Exile they cast their net wider to chronicle everyday people trapped in economic free fall or self-destructive patterns.

On that tip, opener America (You’re Freaking Me Out) arrives in a swirl of personal dislocation and raucous confusion. Driving through their home country’s Bible-belt, Greg howls at the hypocritical piety of the church, state and baby boomers who pull up the social mobility ladder behind them, while ‘Rhyme and reason fled the crime scene / Of new penthouses next to tents in the streets’. The Menzingers have rarely been an overtly political band, but their observational lyrics here and on Strawberry Mansion reflect on the way choices made by society’s elite have far-reaching consequences, without turning into hollow preaching.

Previously, the split between songs led by Greg and Tom has been roughly even. Here, nine of the 12 songs are Greg’s, and much of the album revels in his wistful romanticism as a result. The title-track’s tale of a man haunted by summer love grown cold benefits from Will Yip’s (The Wonder Years, Code Orange) wide-open production, giving the moseying beach bar groove space to breathe. Not that Hello Exile sits around navel-gazing. The Tom-led Last To Know is a seething rocker, and the just-audible off-mic yell before the guitar solo showcases a band as exuberant as ever, even as Joe Godino’s beats hammer down like a hangover.

Occasionally, the rose-tinted glasses do chafe. Nostalgia has been part of The Menzingers as far back as Casey from OTIP, which made a small detail like getting high while doing the dishes somehow larger than life. By comparison, High School Friend’s old-enough-to-know-better shenanigans, or the knowing question of, ‘How do I steer my early 30s?’ on America… feel like low-hanging fruit. Sincere, yes, but lacking magic.

That being said, closer Farewell Youth shows they can still mine rich conclusions from that seam, as christenings, weddings and funerals become strange reunions with old acquaintances. Greg may admit his former self was ‘Always in a rush, but I was never sure from what’, but it’s sung in celebration, not regret. The secret to eternal youth, then, isn’t to avoid growing old, but to never let the opportunities missed outnumber the chances taken. Here, The Menzingers have gone all-in and hit the jackpot.