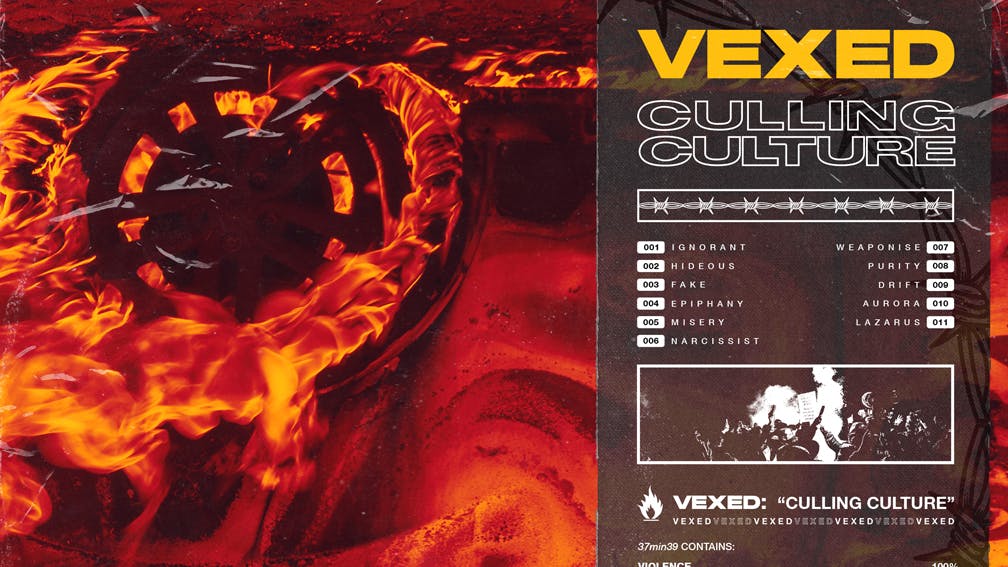 Oof! Like walking into the entirely wrong pub (imagine pubs were properly open and normal – remember?), it only takes seconds of Culling Culture kicking off to realise you might be in for a serious beating. A brief intro eases you in before the first big riff and bestial vocal hit like the ceiling falling in. Then opener proper Hideous lurches in with a low and monstrously heavy groove and all hell breaks loose.

If you just wanted heavy, of course, you could stick with the established roster of basic deathcore sluggers. Vexed can loose a drop-tuned riff as well as pretty much anyone, but there’s far more to their sound and talent than that. Guitarist Jay Bacon can play equally well from the gut and the brain, and those monolithic riffs are frequently criss-crossed by furiously technical scales and jarring little flourishes. Vocalist Megan Targett is another extraordinary talent with an incredible range. Those death growls are truly terrifying but her cleans are sublime and somewhere in between lies a rhythmic, almost rapped delivery on Fake and Narcissist.

There’s also a strong sense of melody winding through the album, which brings light and texture without falling into the standard metalcore scream/clean dynamic. Instead they bring in unexpected, proggy patterns, especially towards the back end of the album. Purity is built around sinuous guitar lines rather than concrete riffs, while Drift provides a suitably dreamy segue into the superbly blended Aurora, which mixes echoing atmospherics with pneumatic riffs and irresistible hooks. Lazarus closes on a screaming high and by the end it’s clear that this is a very special debut. Keep your eyes and ears on Vexed because, if everything aligns just right, they could be set to explode.

For fans of: Meshuggah, Jinjer, Thy Art Is Murder

Culling Culture is released on May 21 via Napalm.

READ THIS: Why Killswitch Engage's debut is one of metalcore's most important albums

Megan Targett: “What I can do with my voice and band is just as good as what men can do – so why separate us?”

In an essay for International Women’s Day, Vexed vocalist Megan Targett rages against the separation of genders in music and why the term “female-fronted” has to stop.

Vexed’s Megan Targett on her experiences with body dysmorphia: “You are not the opinion of those who discriminate against you”

Vexed vocalist Megan Targett openly discusses her experiences of growing up with body dysmorphia and eating disorders, and how she learned to love her herself again.