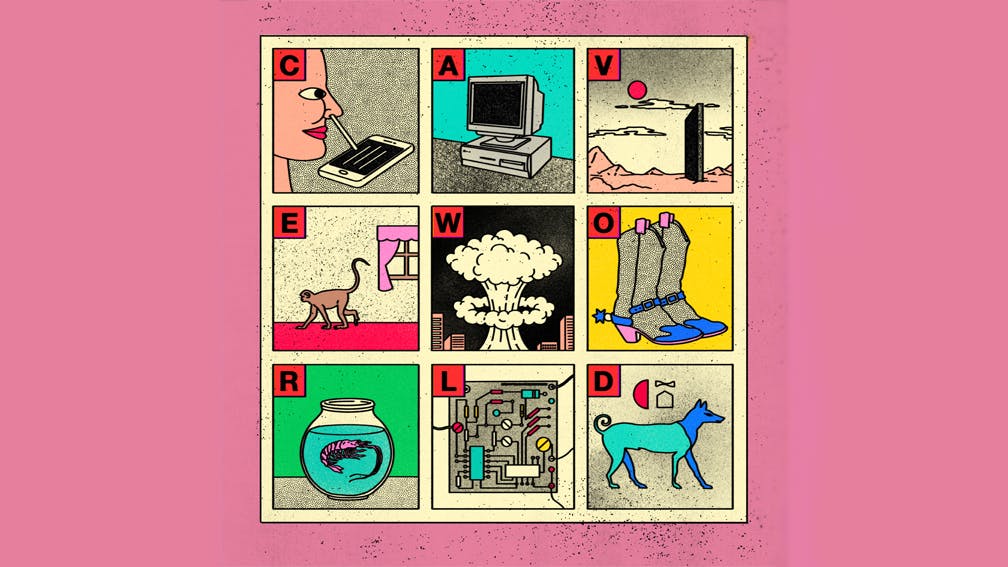 On Baby Criminal, the opening song on Viagra Boys’ third album, frontman Sebastian Murphy sings about a character, little Jimmy, who 'Spent his time in the kitchen microwaving batteries… he even killed a squirrel and turned it into a hat. Into a hat!'

Just like that, within the space of a minute, the Swedish quintet hook the listener in to their strange and wonderful Cave World. Even in these four little lines, there’s so much to like that it’s difficult to know quite where to begin. The vividness of the imagery, the specifics of the wrongdoing, the sense of surprise from the songwriters’ themselves – 'into a hat!' – all of it is perfectly brilliant.

Cave World is an album brimming not just with colour and life, but also with a sense of striking unease that is pitched somewhere between the deeply sexual and the profoundly sinister. On the what-the-hell-is-this fifth track Creepy Crawlers, in an opening reminiscent of a sermon from a snake-handling preacher in the deep dark South, Sebastian warns of 'little kids growing up with animal hair, some of [whom] are growing up with tails, maybe even two tails, man'. Never mind that this is the second example of pedophobia on the LP’s first half, these 'little creepy crawlies' have 'little legs that creep around your body' for the purposes of 'collecting information'. Wait, what? Collecting information? From whom? To what end? What exactly is going on here?

That all of this strangeness is carried aloft on a smorgasbord of varying musical styles makes Cave World all the more alluring. The not quite snappily titled The Cognitive Trade-Off Hypotheses is a pop song slowed down to the point at which its meter is one of pure unease. Ain’t No Thief sounds like a rap battle in a breaker’s yard in Deptford. Closing track Return To Monke closes with the spoken words, 'They’re killing each other out here.'

All of which begs the question: what kind of band are the Viagra Boys? Well, they’re a good band. In fact, they’re a very good band. Perhaps it’s best to leave it at that.

For fans of: IDLES, Amyl And The Sniffers, The Chats

Cave World is released on July 8 via Year0001