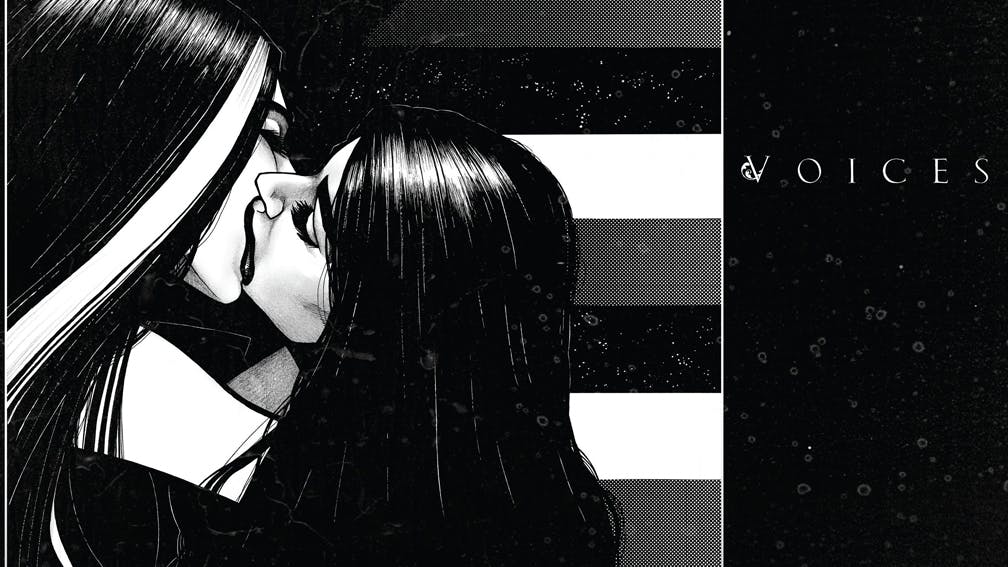 Plenty of bands deal exclusively in pitch-black sounds, but few are as vehemently dedicated to charting the full emotional range of the sonic shadowland as London avant-garde crew Voices.

Marking a decade since they first splintered from renowned Brit-metal extremists Akercocke, June’s three-track An Audience Of Mannequins release offered flashes of their iniquitous magic, jumping from demonic aggro to skeletal desolation and on into proggy weirdness, but ultimately left devotees craving a more substantial return. Breaking The Trauma Bond answers those prayers spectacularly, loosing its devilish atmospherics over an epic 16-track, 68-minute run. ‘Awaken the nightmare…’ demands oppressive, 159-second opener A Field Without Crows, and the torrent of twisted imagery doesn’t let up.

Hopelessness and alienation are pivotal. Beckoning Shadows is a gut-wrenching snapshot of ‘life capsized’, while gorgeous, off-kilter acoustic interlude Running Away is a simple ode to escape by any means. The stand-out title-track comes on as a jazzy, industrial-tinged showcase, head-spinning in its intricacy and execution, but driven by deeper wounds. The band themselves will happily bend your ear about abstract psychological concepts like “the critical voice” and “the drama triangle” but those less well-read needn’t worry as these songs are less about thought than feeling.

Ultimately, their mastery comes through variety. Ghost City veers between scourging black metal blastbeats and borderline-overwrought piano-driven melancholia. Lilacs In-between unfurls with a velvety goth-metal luxuriance, but flexes meaty muscle beneath the fabric. Petrograph throws around some chugging thrash riffs, before combusting into heart-wrought lament as poignant as it is powerful. By the time they pass through the haunting relief of She Speaks To Him In A Dream and into the crashing catharsis of six-minute closer Photographs Of A Storm Passing Overhead (final line: ‘Life is not worth living’), it’s a white-knuckle dive into the abyss.

So potent an internal portrait that, even in the subsequent silence, these Voices echo on…

Read this: Remembering when an unknown metal band sent Britain into a Satanic panic