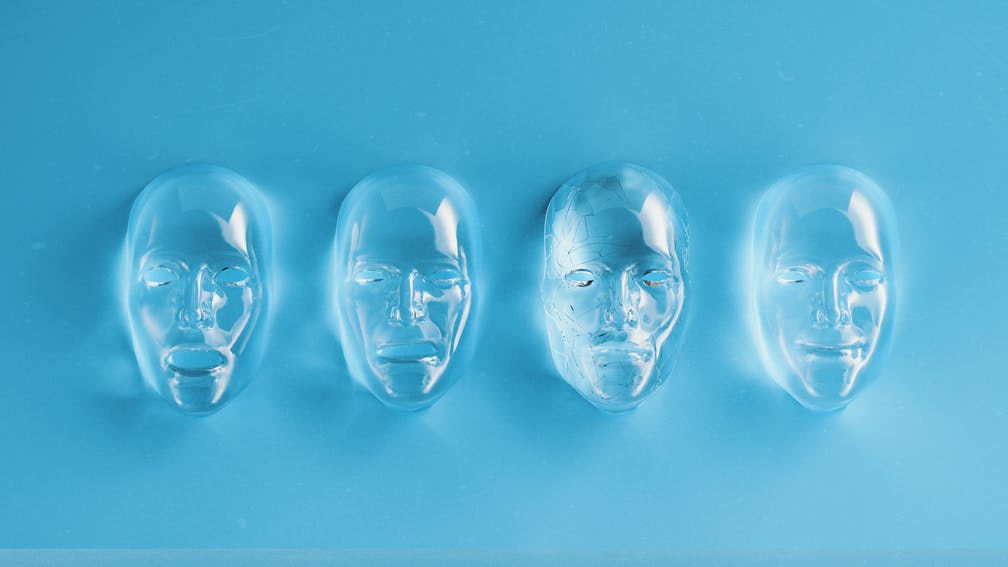 It’s been a tumultuous couple of years for Volumes. At the start of 2020 they parted company with vocalist Gus Farias and his brother and guitarist Diego, who tragically passed away not long after. The most material change as far as the band’s sound goes, however, is the return of original vocalist Michael Barr. The Californians have always built around that dual vocal interplay and the combination of Michael and Myke Terry – the man who eventually replaced him – is at times beautiful to behold.

They start the album with a vicious one-two. Opener FBX bristles with an industrial fractiousness before Malevolent crashes in with a roar. It not only refers back to the djent-heavy judder of the band’s first two albums, it’s one of the heaviest tracks they’ve ever laid down. Peals of eerie guitar circle the crunching grooves while the prominent bass ducks and weaves through it all. All the signs are that Volumes are taking a much more aggressive tack with their fourth album, until Bend makes an abrupt gear change.

It won’t be a surprise to existing fans, but it is an opinion-splitter, with big Spiritbox-style melodies, an R&B influence and not a single foreground scream to be heard. They pull it off well, though, and from that point the album veers between extremes. Man On Fire is another metallic rager, riding anti-racist sentiments through a seriously weighty breakdown, while Weighted has a ’90s alt.rock feel to its clean hooks, and Into You (Hurt) has an almost Deftones churn to it.

All in all, it’s an album that gives a nod to the band’s past while still bringing in new ideas. And will that make fans Happier? Almost certainly…

For fans of: Veil Of Maya, Issues, Northlane

Happier? is out now via Fearless.