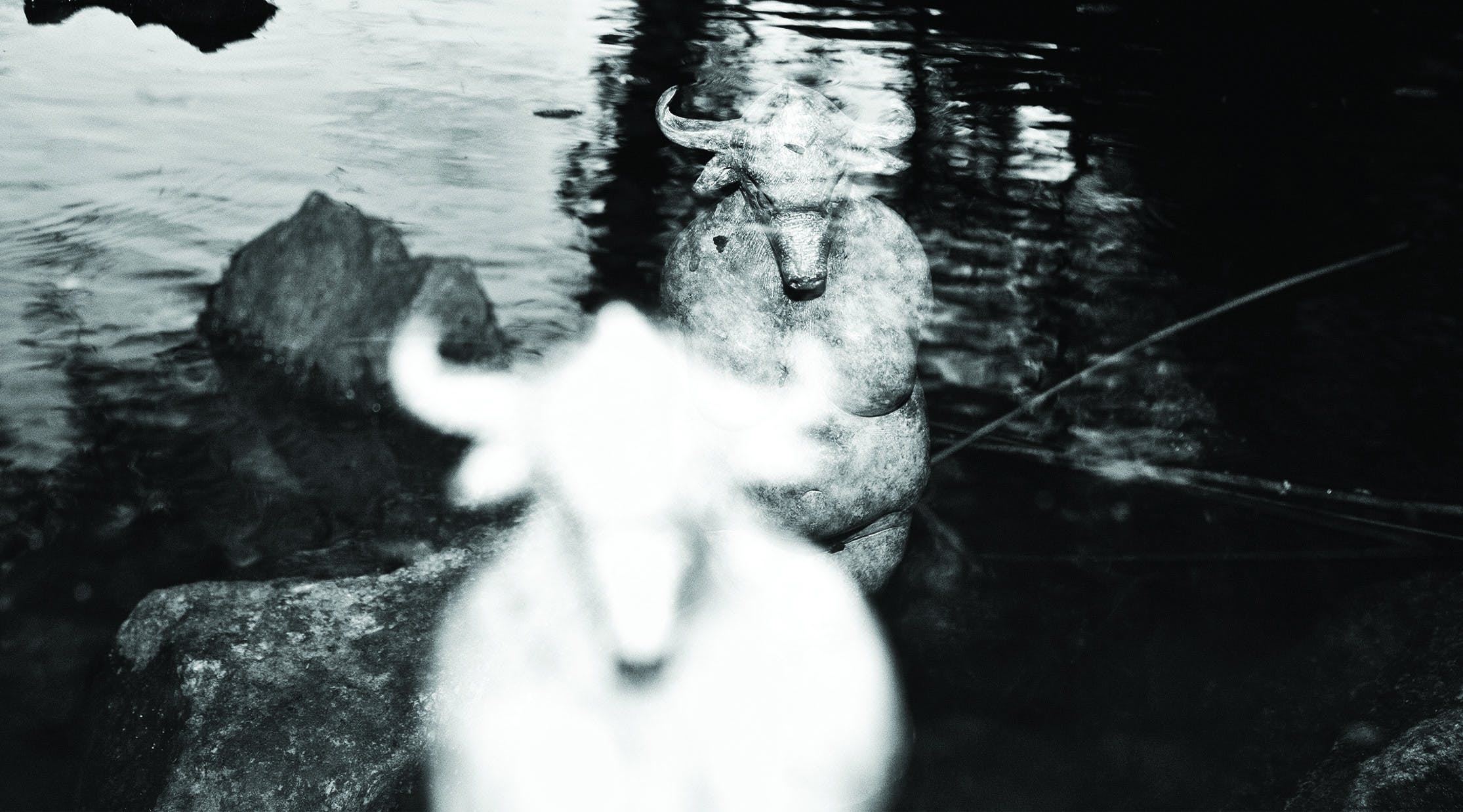 Cast your mind back a few years, and you’ll find a somewhat different Billy Corgan than the one we encounter in 2019. Would you, for example, have put money on there being a Smashing Pumpkins reunion in which the burned bridges between he and guitarist James Iha and drummer Jimmy Chamberlin were not only repaired, but actually visibly strong? Or that their comeback album would embolden their legacy while also pushing creatively forward? Or that, rather than the curmudgeonly, laff-free man who was once (rather unfairly) papped having what appears to be the least enjoyable time of his life on a fairground train ride, Billy seems to be genuinely enjoying himself? You would not.

However, as weird as that giant effigy of himself that was carried ceremonially through Wembley Arena on the band’s tour last October may have been (especially as its presence went unremarked upon by the frontman), it radiated a certain sense of humour and, dare we say, fun, that was often assumed didn’t actually exist. What we’re saying is, William Patrick Corgan (as he credits himself here on this third solo album) seems to have lightened up and realised that not only do lots of people like him, but also the reasons why.

That’s why Cotillions arrives as an appealing prospect. It’s a big album: 17 tracks, a good hour in length – a real binge of a listen. But it doesn’t feel like a point being spikily proven, or a test of one’s patience. Because, rather than trying to be arch or cunning, he’s simply flexing his muscles as a good songwriter to create something good.

In keeping with the title (a ‘cotillion’ being an 18th-century social event with dancing and music) Billy digs into the sounds of rootsy Americana, bluegrass and folk to tell stories and observations of his home country, partly previously captured as part of his Thirty Days documentary and music project. Armed with only acoustic instruments and presented in a manner that makes the term ‘stripped back’ seem palatial, the vibe here is one of the album’s most charming strengths.

The opening pairing of To Scatter One’s Own and Hard Times set the tone beautifully, with piano and violin adding layers of sepia-toned nostalgia to the edges. It continues like this through Faithless Darlin’ and Buffalo Boys, with the high concepts and often complex building blocks of Smashing Pumpkins widely avoided in favour of keeping the heart of these songs pure. Brilliantly, it doesn’t come across as the listens-to-country-music-once diversion of an artist having a go at something that seems easy but that they don’t truly understand. The sound of American folk is present and correct, right down to the occasional slide guitar motif, but equally, so are its traditions of observing the world around you and telling the stories of what you see.

As a creative idea, Cotillions is a good one. In practice, as an artistic endeavour, it’s also an enjoyable one. The man’s innate, undeniable songwriting skill lends itself just as comfortably to the breezy, smokey, acoustic-guitar-on-a-front-porch songs here as they do to the high-idea futurism of Pumpkins at their most flamboyant. Best of all, these songs feel like they exist because Billy Corgan simply felt like picking up a guitar and doing it. No pressure, no massive plan, just music for its own sake. While it’s not a classic of the Corgan canon, it does feel like he’s enjoying himself immensely doing it. And we’re happy enough to hear that.