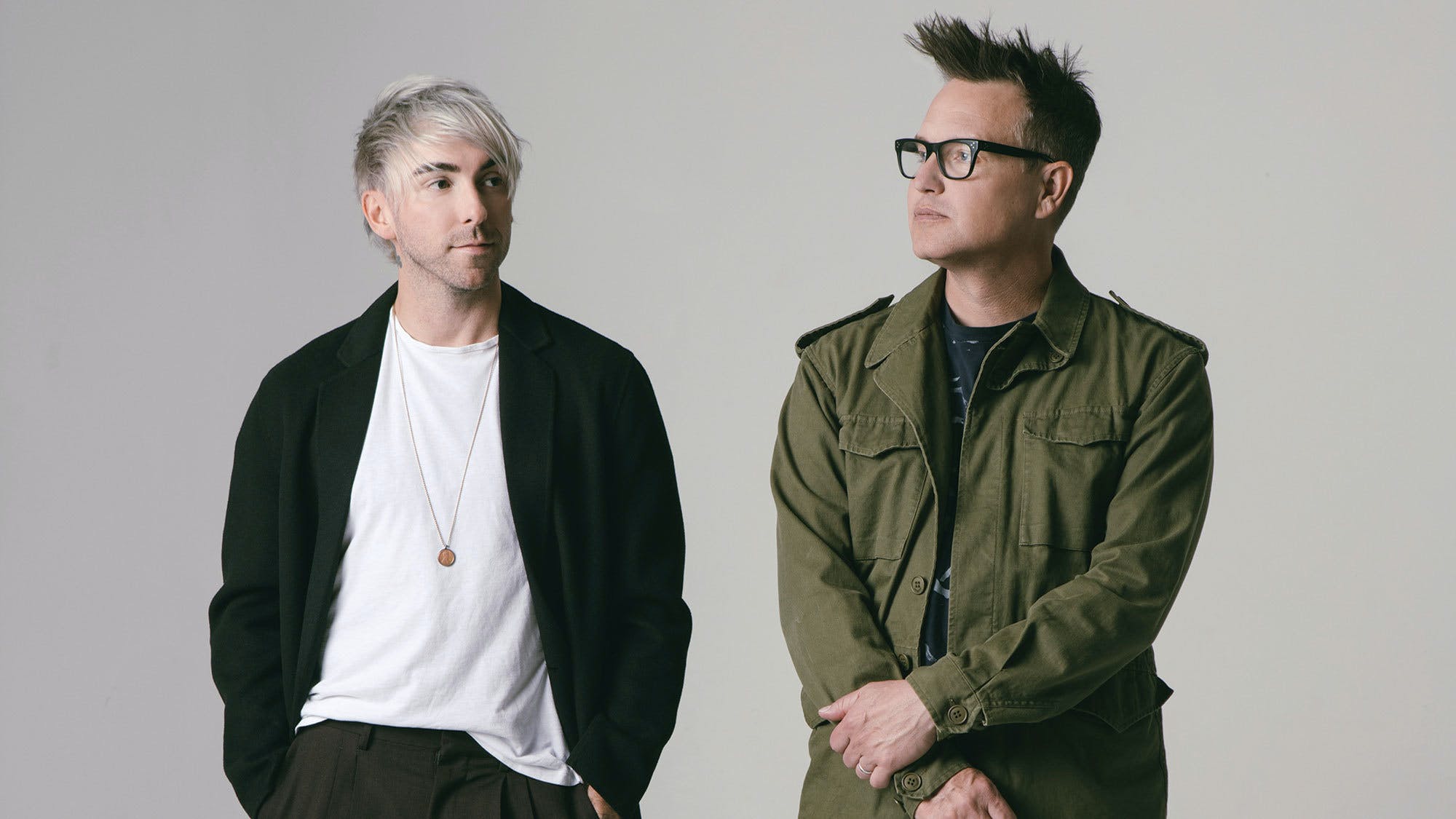 Following the announcement of Simple Creatures' forthcoming Everything Opposite EP – due out in October – Alex Gaskarth has explained the subject matter of the duo's new release.

Comparing it against Alex and Mark Hoppus' first EP together, Strange Love, in this week's issue of Kerrang! Alex reveals: "We're telling a different story this time. A lot of the songs on the new EP talk about our struggles in the creative landscape. They address our relationship with creativity, how it feels to expose yourself through music and the desire to keep pushing the envelope many years into a career. I'm always wanting to try new things with my music, but then there's that worry that you risk alienating fans in favour of scratching your own creative desires. I like how the subject matter is quite different this time around."

Of course, since their January 2019 formation, the duo have continued to push the boundaries of the music they've become known for with their day jobs – All Time Low and blink-182.

When Kerrang! asked each member to describe what the other brings to the studio when Simple Creatures first burst into the world earlier this year, Mark explained that Alex is a writer “with everything. He’s got great ideas for hooks, great ideas for lyrics. For me the hardest part is just starting a song, whatever it is. But, he just blasts straight through that barrier of entry, ‘Give me that guitar and let me write something right now. Let me at that keyboard, I’ve got an idea for a song!’”

Meanwhile, Alex says Mark writes “the coolest lyrics very quickly. I tend to really have to sit and think, and I do a lot of scribbling out and starting again. But he’ll sit there with a pen and paper, writing these really cool, profound and out-there lines. I’ll think, ‘Where did that come from?’ He would open a line and that would lead us down a path where the song wrote itself. He has the ability to come up with these cool turns of phrase that left my mouth hanging open. The chemistry was rad.”

Read our brand-new interview with Alex in this week's issue of Kerrang!, which you can get anywhere in the world through Kerrang.Newsstand.co.uk. But for UK residents, it hits the shops on Wednesday, August 14 from all good newsagents.