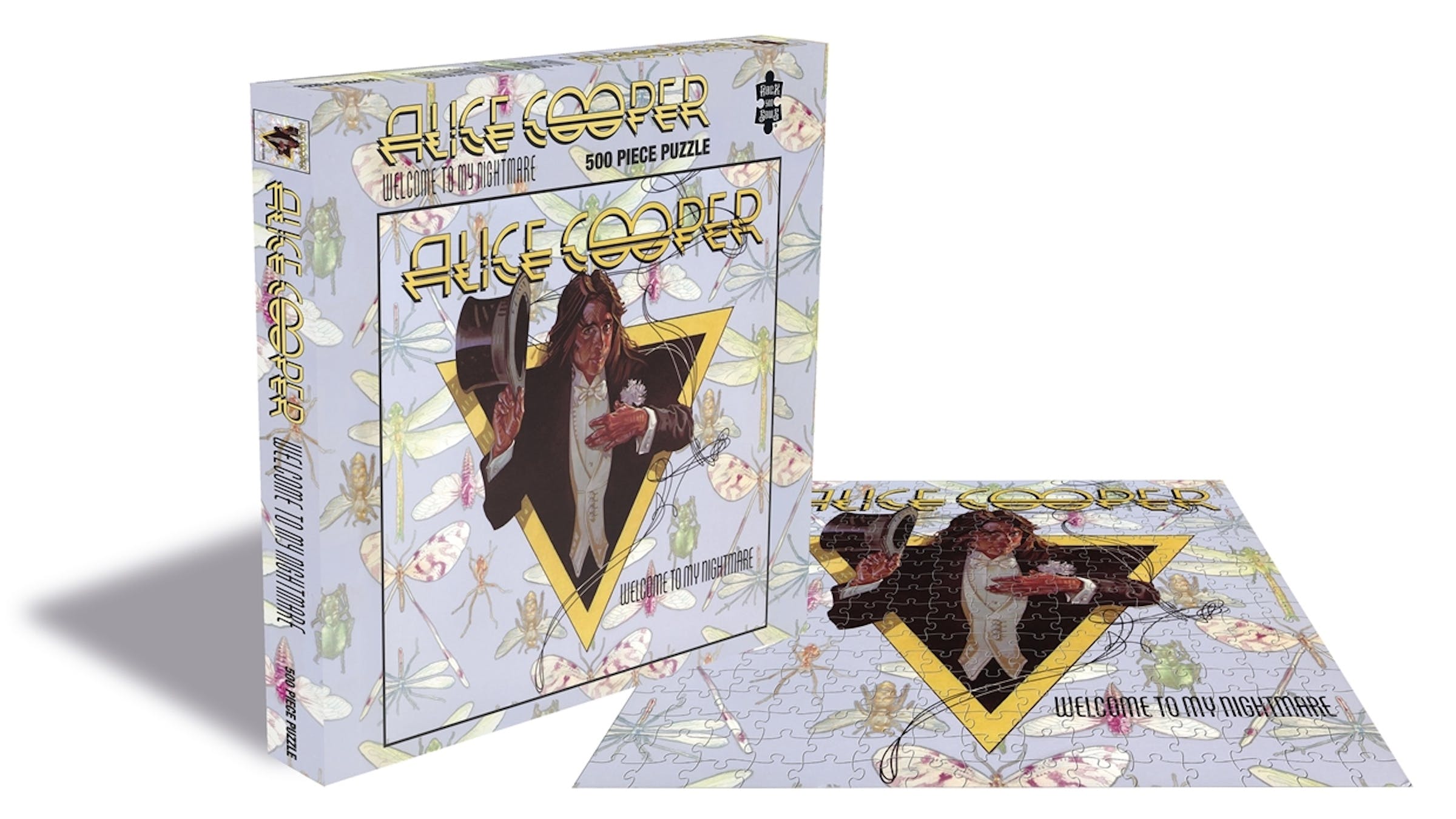 Of all the weird merch metal bands could produce, jigsaw puzzles seem like a trend that's quickly taking off. Everyone from Metallica to Motörhead and Slayerhave had their album covers memorialized as puzzles thanks to toy imprint Rock Saws. But if you've already assembled all of those album covers, you're in luck, as the company has announced that they'll be putting out puzzles of albums by Alice Cooper, Def Leppard and Scorpions -- just in time for quarantine.

The latest line from Rock Saws -- an imprint of UK-based toy company Zee Productions -- features two classic Alice Cooper covers, Welcome To My Nightmare and Trash; two Def Leppard covers, Pyromania and Hysteria; and two famous Scorpions covers, Blackout and Lovedrive (the latter featuring the infamously horrible stretchy nipple). All of the puzzles are 500 pieces and go for £17.99 online.

Check out pictures of the puzzles below:

READ THIS: Every Alice Cooper album ranked from worst to best

Unfortunately, the puzzles won't ship until April 24, and with any luck the entire world won't be stuck inside then. That said, order now if you're not so optimistic and want to build the cover of Trash yourself.

Alice Cooper may seem like a weird choice for what is basically a children's pastime, but in truth the shock rocker was never the villain everyone wanted him to be -- and which other rock acts believed him to be.

"There were other bands that wanted not to play with us!" he told Kerrang! in 2019. "I remember early, early on, the Grateful Dead were not going to let us use their mic at a festival. They said, ‘Alice Cooper can’t use our sound equipment.’ They’d heard the same rumors everyone else did — they’d never met us before! And the great thing was that [Jefferson Airplane singer] Grace Slick stepped up and said, ‘If Alice doesn’t go on, we don’t go on.’ And the Jefferson Airplane were the biggest band in the world at the time, so we went on. She stood up for us, and that made me her lifelong friend. She had no reason to stand up for us, except that she heard something in the Grateful Dead that sounded like The Man. And that’s exactly what they were fighting against."

READ THIS: Alice Cooper told us about his favorite Halloween costume