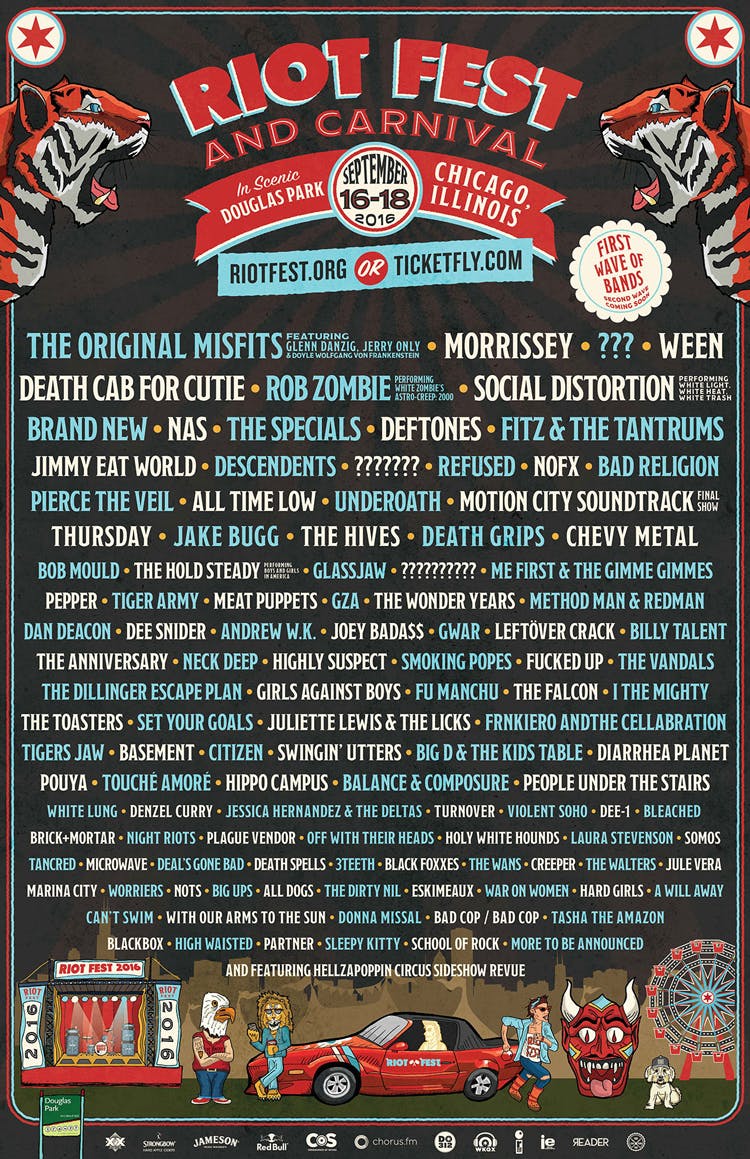 The Festival which takes place on September 2 – 4 in Denver and again between September 16 – 18 in Chicago has revealed a whole host of names. With the original Misfits reunion – that’s Glenn Danzig, Jerry Only and Doyle Van Wolfgang Frankenstein – already in the bag, the US weekender has outdone themselves once more by announcing some of the following bands:

Check out the line-up posters below: