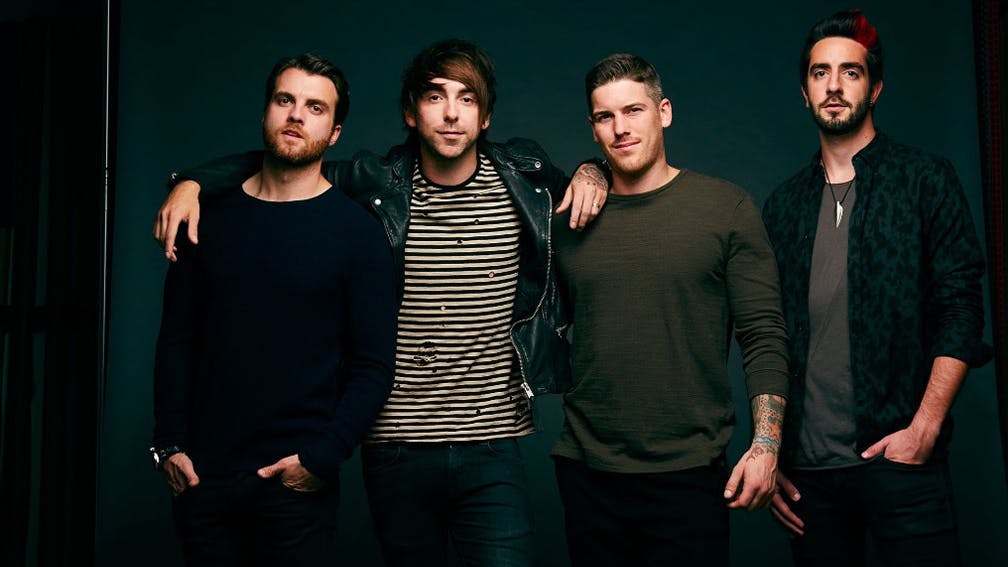 Alex Gaskarth has revealed the potential timescale of new All Time Low material.

The latest All Time Low album, Last Young Renegade, was released in 2017, and since then Alex has been working with blink-182 mainman Mark Hoppus on their Simple Creatures project. But now thoughts are slowly moving back in the direction of his own pop-punk powerhouse.

“We are kicking music around, we are sending ideas back and forth, we are starting to get into the nitty gritty of it,” Alex tells Kerrang! about the new music he's written.

“I think in the summer when blink gets busy and we put the pin in Simple Creatures for the minute, there’s going to be a nice window of time for all four of us get together, get in a room and start looking at the demos I’ve written, and breaking those down.

Following the release of two EPs and a slot at the UK’s Download Festival next month, Alex’s focus has very much been on Simple Creatures, but he hasn’t forgotten his true passion.

“It’s been really fun getting to do something different,” says Alex. “Me and Mark [Hoppus] were working on Simple Creatures early last year, and it’s something we kept under wraps for a long time, and to have that out and experimenting with that playground is really fun now.

“We kinda talk about it like blink-182 and All Time Low are these big cruise ships, they just go where they’re going and you know where they’re going. With [Simple Creatures], it's the little speedboat that we get to take out and do cartwheels and shit with, it’s been a nice change of pace to sort of be in a different format.

“That being said, everybody has got their own thing going on: Zack [Merrick, bass] has been tinkering around with island life, making the world a better place; Rian [Dawson, drums] has got his studio in Nashville, he’s been working on a lot of bands and diving into a lot of genres; and even Jack [Barakat, guitar] has been dabbling around with new music with some of our writer friends – I’ll probably let him to talk about that as it’s not my place. It’s cool everybody’s got a minute to clear their heads and do their own things. It lets people refocus, and when we come back to All Time Low world everybody is kicked into high gear. It’s been refreshing.”

All Time Low are headlining this year's Slam Dunk Festival on May 25-26. Get your tickets now.

Simple Creatures are playing this year's Download Festival on June 14-16. Get your tickets now.