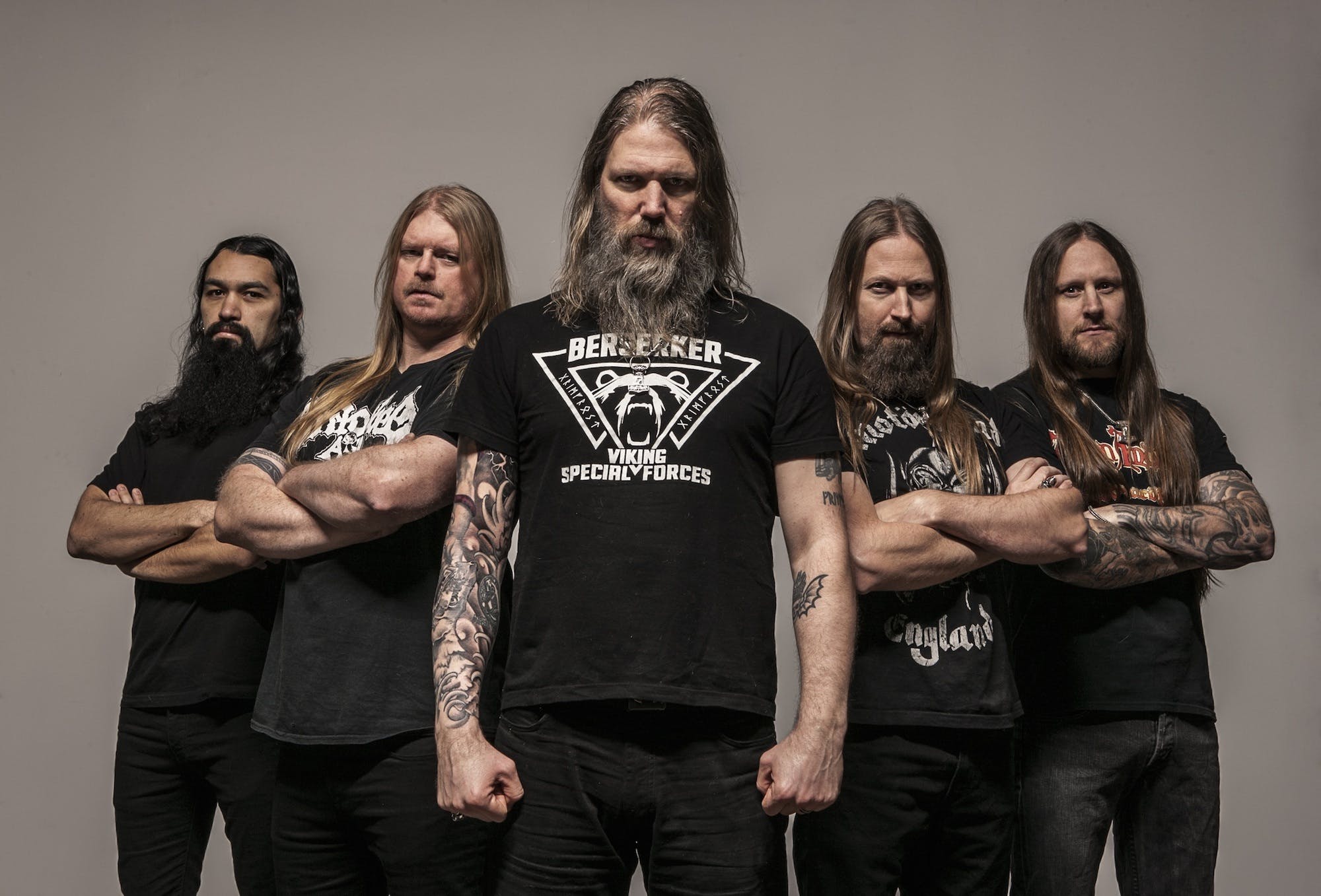 The Vikings left an indelible mark on our history, culture and language – not to mention heavy metal. Led Zeppelin kicked off rock’s love affair with all things Viking, with the rampaging Immigrant Song in 1970. Motörhead had a go with Deaf Forever a couple of decades later but it was arguably Swedish legends Bathory who birthed Viking metal as a genre with their classic 1988 album Blood Fire Death.

In the modern era Amon Amarth are the biggest, baddest Viking metal band of them. Frontman Johan Hegg looks the part but he’s also both knowledgeable and passionate about his subject. As well as leading his bandmates in The Pursuit Of Vikings, he co-owns a company called Grimfrost, which makes authentic replicas and contemporary products “that have been inspired by and interpreted from Viking Age culture”.

Raise your horns, then, as Johan guides us through all things Viking…

"I think it’s a really good show and there’s another great series called The Last Kingdom, based on a series of books by Bernard Cornwell. Vikings obviously takes a lot of liberty with the history but I think they’ve built the story really well and they’ve portrayed the characters very objectively. They don’t necessarily play them as good or bad, they’re multi-faceted people, which I think is something that’s been lacking in previous attempts to portray Vikings, where they’re very one-dimensional or single-minded people just out to fight, fuck and drink!"

Misconceptions About The Vikings

"I would say there are three major misconceptions. Firstly, Vikings did not have horns on their helmets. In fact we don’t really know much about what the Viking helmets looked like because they’ve only found three as far as I know. They were probably hand-made and there were probably different versions but none of the depictions from the time have them wearing horns. That’s a turn of the 19th century thing.

"The second misconception is that they were murderous, plundering hordes. They did do that, but probably not more than other people of the time did when they went to war. They just had different tactics and were very good at fighting. And of course, the travels and the battles and the bloodshed are the parts that really work well in metal lyrics.

"The third thing people think of with Vikings is that they’re dirty, smelly brutes. But Vikings were actually known for keeping very good hygiene. And they would wash at least once a week."

"Okay, so if Vikings didn’t have horns on their helmets, why did we have them on our drum riser? I will say right away I wasn’t too keen on the horns myself. But you have to realise that while Grimfrost is a company built on accuracy, Amon Amarth is a show. It makes for a good stage prop to have horns, even though it’s not historically accurate. Amon Amarth are entertainment, it’s not necessarily supposed to be completely accurate."

"I was originally approached by these friends of mine to be the face of the company really. I was initially just going to be involved in the marketing side but I started coming up with ideas of what they should do and things they should produce that I knew people were asking for. I think they realised I had some pretty good ideas, so they asked me to come onboard and be a part of the company.

The Jomsviking Album… And A Movie Script

"Our last album Jomsviking was a concept album. I did a lot of research for the album and kept a lot of the facts straight but, since it was my fictional story I did take some liberties with the history. I also actually wrote a 140-page movie script, which is basically a triangle drama but it’s set in the background of the Jomsviking saga. I don’t know if it will ever be made because there’s something called the dead zone in financing movies and it depends on the budget. A movie like this would most likely require a fairly high budget if you don’t want it to look shit. I think the story’s great myself. The basic story is sound but the script maybe needs some more work. I haven’t had the time or the energy to do that yet. Maybe I’m not even qualified to do that so maybe I need to find someone willing to take a look at it."

"We’ve seen rowing pits at our shows for a while now but the one at Bloodstock (when Amon Amarth headlined in 2017) was pretty spectacular. It was fantastic and I think it’s a testament to what amazing people metalheads are and what amazing fans we have. And the fact that a metalhead is someone who just wants to have fun and do silly things while being drunk and listening to the most brutal music you can ever imagine. I love the whole thing, I think it’s brilliant."

The Norse Influence On Tolkien

"We took our name from J.R.R. Tolkien (‘Amon Amarth’ is an Elvish name for Mount Doom) but a lot of people might not know how much he was influenced by Scandinavian mythology himself. If you read the Norse mythology you will find the name Gandalf and Bifur and Bombur and all those dwarf names that he uses. He took a lot of things from Norse mythology but also from the Finnish version, which is called the Kalevala. I read somewhere that his masterpiece was supposed to be the Silmarillion and that he basically wanted to write his own mythology, similar to the Norse one."

Viking Lessons For The Modern Age

"There’s a lot to be said about Vikings and their integrity and loyalty. If there was something really important to the Viking community it was that you keep the word that you gave. You didn’t break that, and if you did you would be more or less an outcast.

"Also, it may not be well-known but Vikings were very open-minded. They would travel the world, they would trade with people, they would fight alongside people. For instance the Varangian Guard in Constantinople is legendary. They were basically the Byzantine emperor’s personal bodyguard and they were exclusively Viking warriors because they were so trustworthy and loyal. They would even convert to whatever religion they needed to in order to operate in different cultures, then when they got back home they would just switch back to the old ways.

"I think those are both important things that we can bring to the society we have today."

Amon Amarth's documentary The Pursuit Of Vikings is out now.