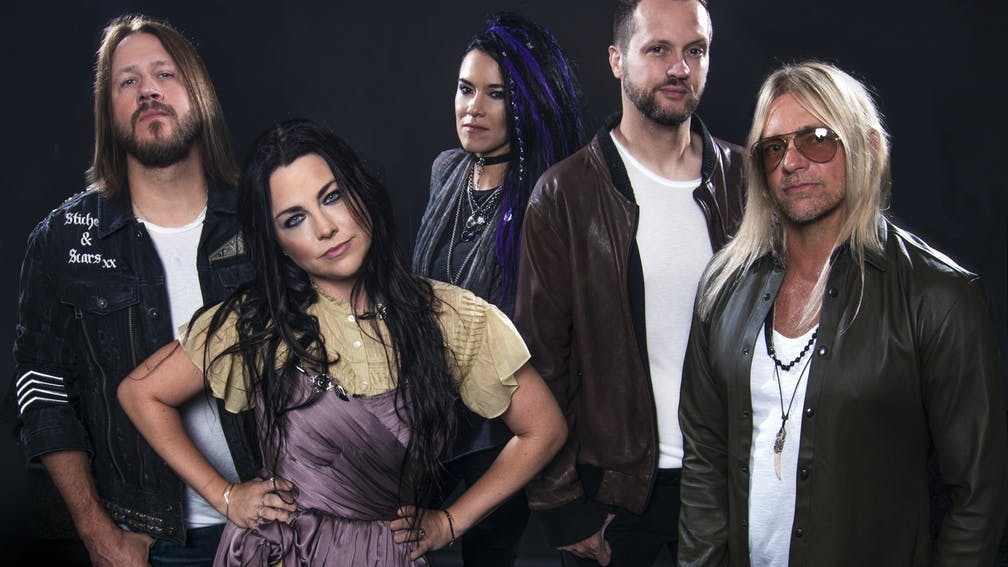 As Evanescence gear up to unveil their long-awaited new album The Bitter Truth this year, Amy Lee tells Kerrang! that she's doing everything she can to make the record as a whole an absolute must-have for fans.

“Right now I’m just wanting to make the package and all the extras, everything the fans could ever want and more while there’s still time to add things to it,” she reveals cryptically. When asked about the details, Amy adds, “The only reason I'm not being more specific is because I don’t want to fail and be like, ‘Oh, sorry, I tried to be that awesome thing I said, but I didn't have enough content.’ I’m just trying to make something almost like an audio making of moment.

“There’s so much that goes into this whole process. I’ve got so many little pieces of audio. There’s tons of stuff that didn’t get used. It started with the voice notes because that’s how I write vocals a lot nowadays. I just have hundreds of those. If you were just to listen to those all in a row, I feel like that would be very boring after a while. I have a lot that are like eight seconds. So it’s like, ‘Oh, cool, that’s the melody of Wasted On You.’ There’s just a bunch of extra stuff. And I’m not positive what the limit of that is yet. I haven’t decided but I’m just collecting as much stuff as I can. So let’s see what can happen here!”

And it doesn't just sound like fans can be surprised by these Bitter Truth packages, either; Amy hints that there are some sonic curveballs to come on the LP: “When making a complete album, especially after all this time, I always want to just put out a statement, like, ‘This is where we’re at, this is who we are’ – it has to be a whole spectrum of emotions and reflections that make up who you are, who the band is. So far, I feel like each song that we put out is a very different colour of the spectrum and there are more colours yet to come, for sure.”