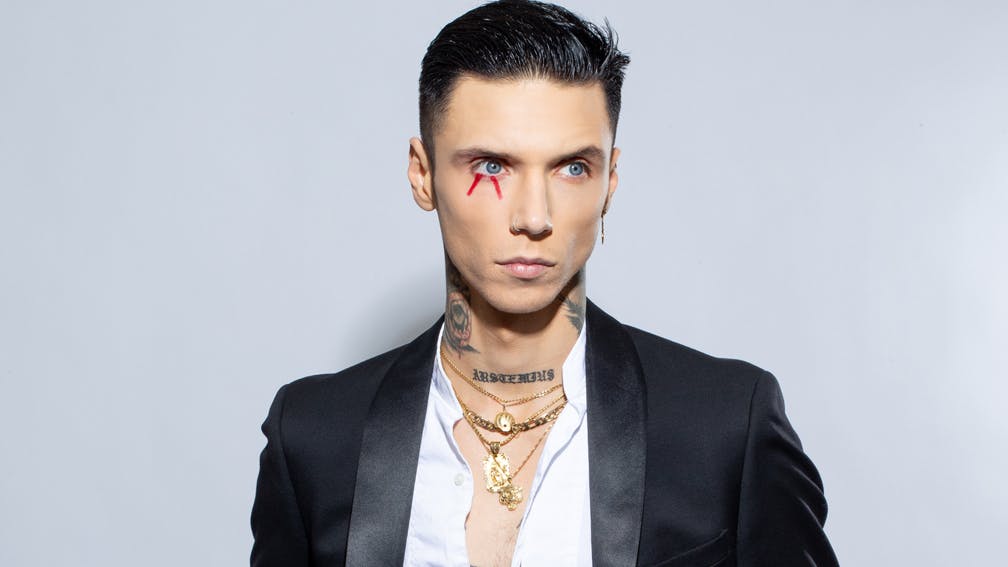 Andy Black has detailed his upcoming touring plans to Kerrang!, revealing that his just-announced UK dates are inspired by seeing one-man and one-woman shows on Broadway.

"I think that I’ve always known how I’ve wanted the live show to look," he explains of the six-date run, taking place between July 5-11, in support of his new album and comic book The Ghost Of Ohio. "So we’re going to be doing lots of front projection and using imagery from the comic book and imagery from my childhood and stuff, and projecting that onto the stage. We won’t have a traditional backdrop or anything like that – it’s just going to be a white stage with a projection on it.

“The shows are in smaller venues, so the point is to make it more intimate. I’ve seen a lot of Broadway one-man and one-woman shows that utilise that kind of thing where it’s projecting childhood memories and moments, so I wanted to take something like that and put it into a more rock-club concept.”

The musician also says that his actual set times during this touring cycle on The Ghost Of Ohio will be considerably longer than his first venture over here on debut solo album The Shadow Side.

“One of the things about the last tour is that, realistically, it was, like, seven songs and then a lot of me talking – which was great, but now that I have more material, I really want to present a more cohesive rock show," Andy says. "I’ll be playing a much longer set, and trying to get people more value for their money than just me playing a couple of songs and telling a joke! I think that the [storyteller] format will stay, but it more just means that the whole show will be a lot longer.”

Andy's focus, too, is on giving fans a high-quality gig, as well as making himself a better performer – something he's been working on a lot recently.

“I think that the main thing I want to do is to try to improve my live performance ability. When you’re in a band it’s easy to rely on the loud music and the fucking video screens and all that stuff; with Andy Black I want to try to get better at making a concerted effort to give a quality show. I want to make the songs sound as great as possible.”