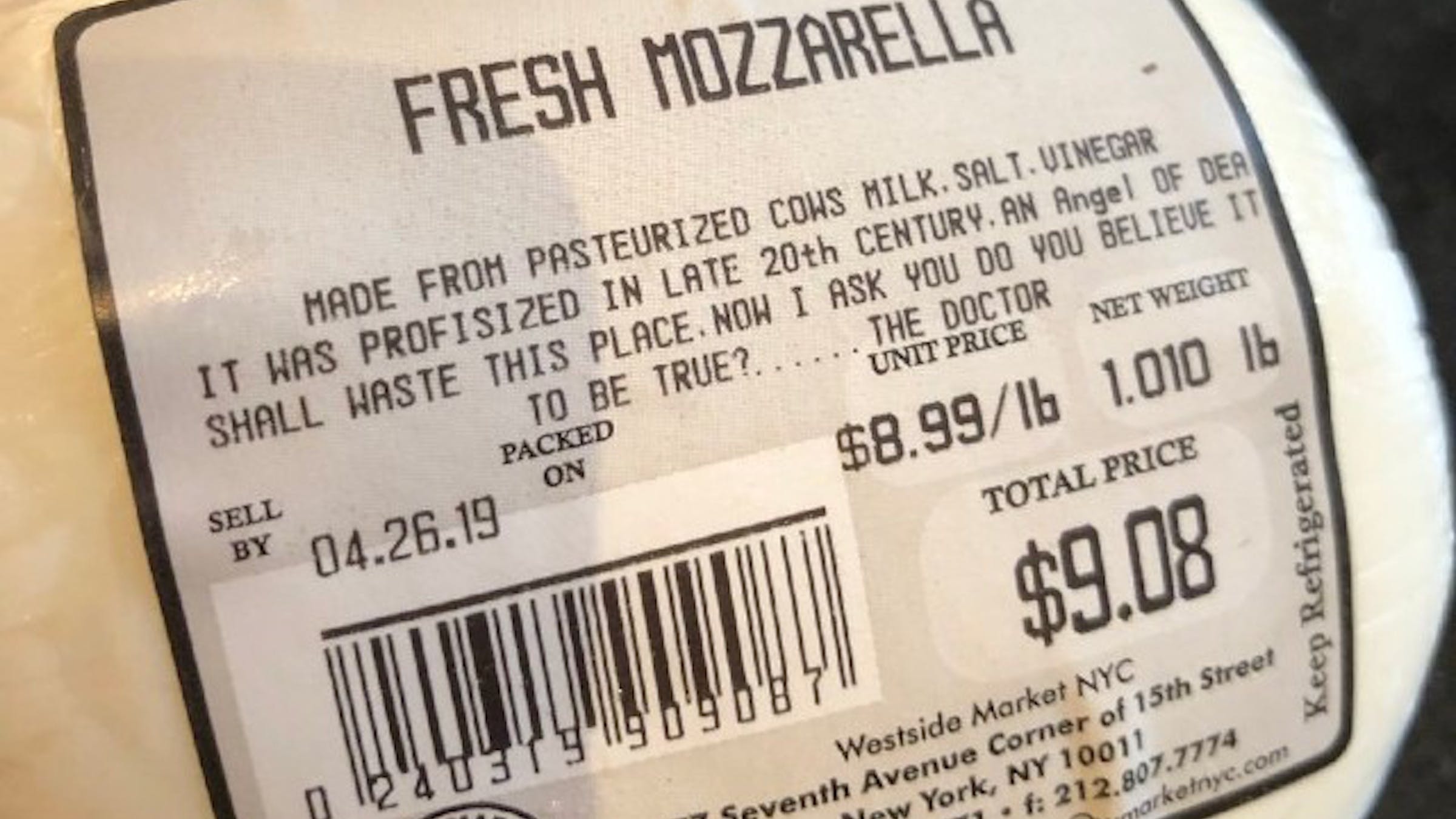 Normally, when you go to buy a bit of fresh cheese at the supermarket, you don't think, 'Hmm, I wonder if the guy selling me this Stilton is in fact an apocalyptic maniac who's going to cut off my face in accordance with the Code of Hammurabi?' But one New Yorker had to confront this grim reality when purchasing a piece of mozzarella bearing an insane, Slayer-esque message printed on its packaging.

According to Gothamist, the sinister curd was sold at Westside Market in Chelsea by one Peter "The Doctor" Daniels, whose messages printed on cheese had before now been seen as adorable personalizations, often referencing classic rock songs and famous works of literature. However, after a brief hiatus from printing messages on labels, The Doctor began marking his products again...only this time, they bore a more menacing tone.

The mozzarella in question bore the phrase, "IT WAS PROFISIZED [sic] IN THE LATE 20th CENTURY. AN Angel OF DEATH SHALL WASTE THIS PLACE. NOW I ASK YOU DO YOU BELIEVE IT TO BE TRUE?....THE DOCTOR." Which is about as scary a caption as a cheese can have on it.

Take a look at the offensive cheese:

Interestingly enough, though the line definitely makes one think of satanic thrashers Slayer and their hit track Angel Of Death, the message is in fact a paraphrased lyric from the Thin Lizzy track, also named Angel Of Death.

Listen below, with the cheese-y lyric in question coming in at about the 4:17 mark:

Customer Hampton Catlin, who received the cursed cheese, wasn't super happy about being given biblical mozzarella. He attempted to return the cheese, only to be yelled at by the manager of the store. That said, Peter Daniels was also fired from his position at Westside Market's cheese counter for causing such distress, so obviously Catlin's complain made an impact.