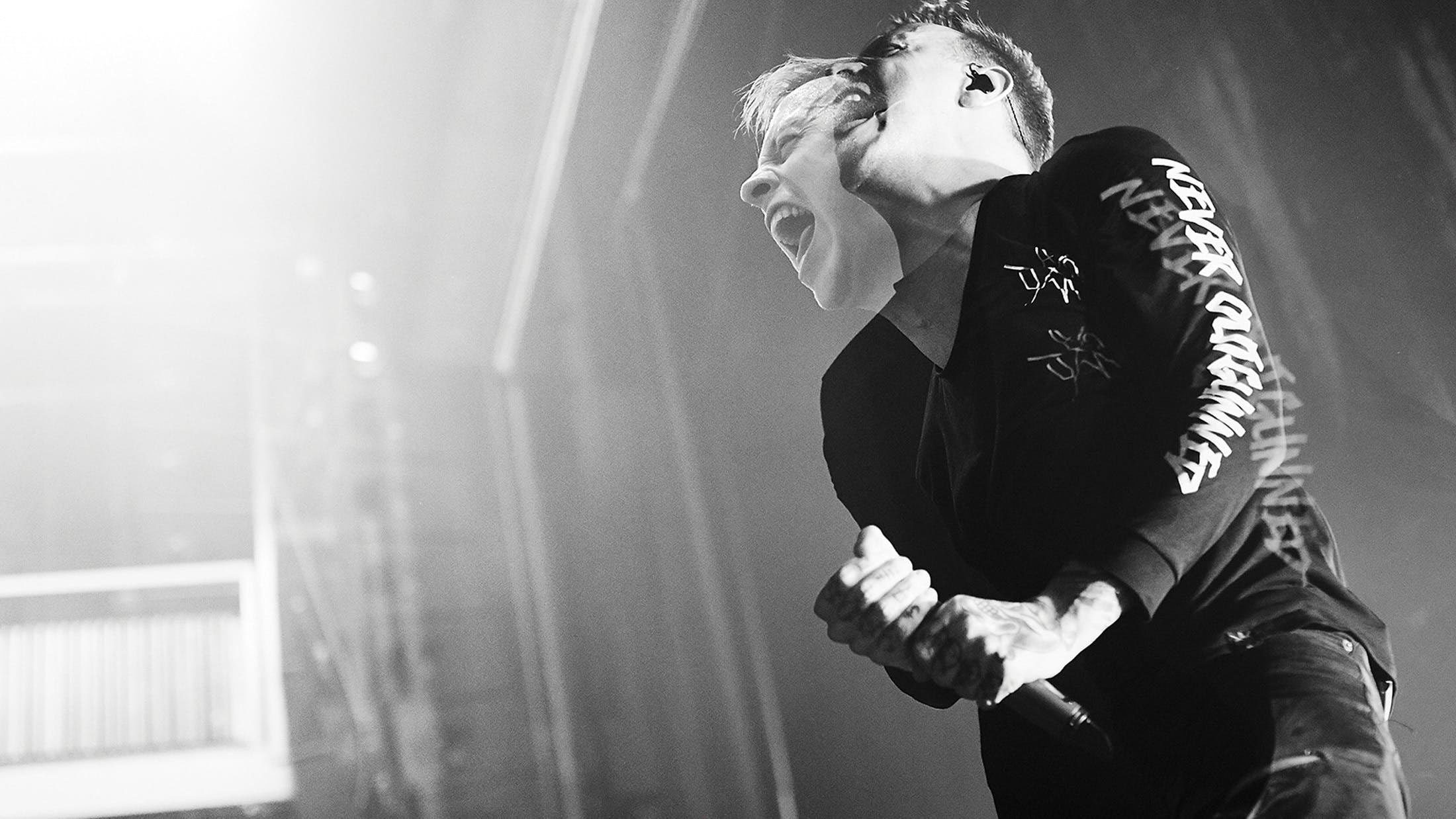 How many Ks would you award 2019?
“Oh, 5Ks, for sure! We played Wembley Arena, and we had what was probably our most successful touring year ever. The shows were insane, and the crowds have blown us away. There have been so many ‘What the fuck?!’, pinch-yourself moments.”

Of those ‘What the fuck?!’ moments, which one stands out the most?
“The sheer size of the crowd was one thing, but seeing all my friends and family at the right hand side of the stage at Wembley. Seeing their faces really made that show for me. They’ve been through a lot with us. They’ve seen highs and lows. To see them having such a great night was amazing. To be able to put on the kind of shows we have, too, in terms of our production, has been really cool. The people we work with on the delivery of the show are so important to us. In fact, we made sure they also got their own Kerrang! Award trophies when we won Best British Live Act for the first time [in 2018].”

You won your second consecutive best British live act Kerrang! Award last year. Shouldn’t you let someone else have a go now?
“Well, now we’ve won the double, back-to-back, I’m going to be clinically depressed if we don’t win the treble this year! But we don’t really have any live shows in the diary, so maybe we’ll let somebody else have a go and then come back and reclaim our title the following year. Honestly, though, that was so cool. It wasn’t so long ago that we felt like outsiders when it came to things like award ceremonies. Any time you’re sat on a table next to Lars Ulrich from Metallica isn’t going to be anything but fucking crazy. But I think it’s important, too, to celebrate the rock and metal community, as it makes people want to form bands and be there one day.”

Personally, what has been the biggest lesson from 2019 you’ll carry with you?
“It sounds really clichéd, but genuinely, it’s that dreams can come true. I always wanted to record at Abbey Road, and we did that this year [for a Spotify session]. I can’t explain how much that meant to me – so many of my favourite records were made there. But then also I think this year has really reminded me that it’s important to help other people whenever you can. The past couple of years have been really hard, with everything this band has been through, and when you’re kind of broken like that, you don’t want to put yourself out there so much anymore. But this year has really reminded me how important doing that is.”

It’s easy to look at the world and think that everything is going to shit, but where does Sam Carter see hope for us all in 2020?
“It really can feel like that when we’re smashed with how shit things are from every angle, every day, but I think you have to look at the youth and be hopeful for the future. I look at [teenage climate change activist] Greta Thunberg, who is so great and has done so much. She’s inspired so many people to stand up and make a change in their lives. I see so many brands and companies now moving more towards an ethical direction. And, okay, you can easily be cynical about that and assume that is just their way of trying to make money, but you have to take the small victories where they are and try to build on them. There has been a definite shift in attitudes, so we have to run with that to achieve even more and to keep trying to be better people, generally.”

Last year, fans got a stripped back, acoustic version of A Wasted Hymn, from the Holy Hell album. Is that something fans might expect more of in 2020 and beyond?
“It’s so far removed from what we are as a band, but I think it’s cool to show off that other side of us. A Wasted Hymn was such an important song to us, and playing it live showed us how much it meant to other people too, so it was cool to get into a studio and almost detox by doing it differently. Plus, if you think [guitarist] Josh [Middleton] is incredible on an electric guitar, he’s a sight to behold on an acoustic.”