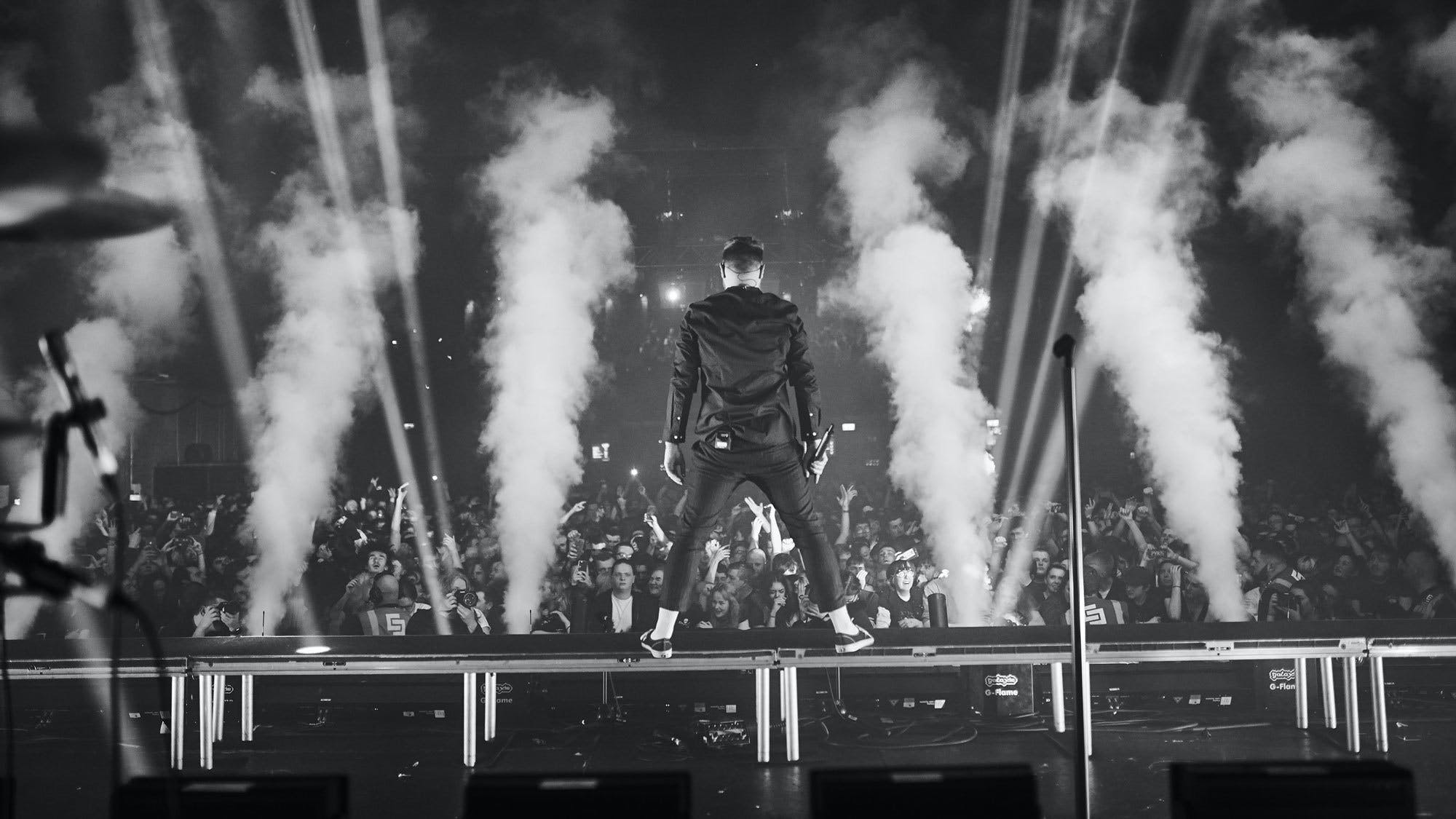 If anyone can offer us some motivational words of wisdom in a year that has pretty much gone to shit, it's Architects frontman Sam Carter.

From his admirable campaigning ahead of the UK's general election in December, to his powerful, political lyrical statements throughout the Brighton metallers' discography, the vocalist is constantly standing up for what's right – and he's got plenty to say in the way of hope going into 2020.

“It really can feel like that when we’re smashed with how shit things are from every angle, every day, but I think you have to look at the youth and be hopeful for the future," Sam tells Kerrang! in the latest issue of the magazine. "I look at [teenage climate change activist] Greta Thunberg, who is so great and has done so much. She’s inspired so many people to stand up and make a change in their lives. I see so many brands and companies now moving more towards an ethical direction. And, okay, you can easily be cynical about that and assume that is just their way of trying to make money, but you have to take the small victories where they are and try to build on them. There has been a definite shift in attitudes, so we have to run with that to achieve even more and to keep trying to be better people, generally.”

Read this next: 10 artists helping to save the planet through environmental activism

Away from these world issues, 2019 has actually been a pretty special one for Sam and Architects – and the biggest lesson that he's learned this year is that "dreams can come true".

"I always wanted to record at Abbey Road, and we did that this year [for a Spotify session]," he smiles. "I can’t explain how much that meant to me – so many of my favourite records were made there. But then also I think this year has really reminded me that it’s important to help other people whenever you can. The past couple of years have been really hard, with everything this band has been through, and when you’re kind of broken like that, you don’t want to put yourself out there so much anymore. But this year has really reminded me how important doing that is.”

Sam's full interview is available to read in the new issue of Kerrang!, which you can get anywhere in the world through Kerrang.Newsstand.co.uk. Or, if you live in the UK, you can grab it now from all good newsagents.