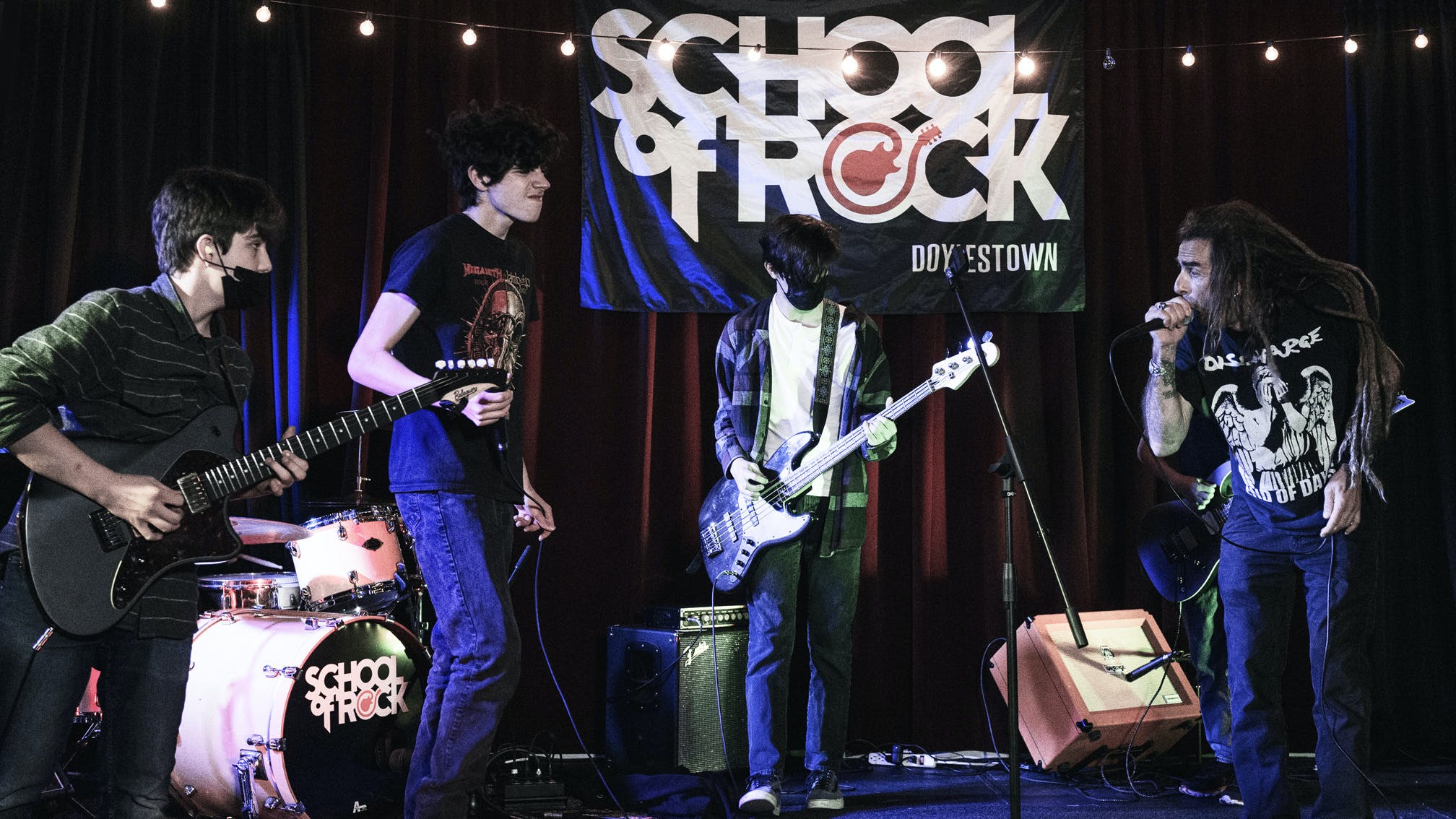 Photos via
School of Rock Doylestown

Lamb Of God's Randy Blythe provided a heavy education for students at School of Rock Doylestown last Friday, teaching them as part of an instructional workshop, and then performing alongside the school's house band.

The vocalist led a workshop of 65 students, telling them about his career as well as teaching them how to perform live and do vocal warm-ups. Then, he and the house band performed a number of LoG songs, plus other tracks that 'were influential to his musical development'.

"It was an absolute pleasure to work with the kids at the School of Rock Doylestown," says Randy. "The students were all well-rehearsed, super polite, and – most importantly – present while we were practicing for the evening’s performance. In this modern era of incessant technological distraction, to be around teenage kids who were 100 per cent focused on expressing themselves in a creative manner and communicating with each other in the special way that only band members do made me so very happy.

"The students practiced very hard under the tutelage of competent instructors, because the songs we played were not easy. Once we hit the stage, they performed well. I had so much fun!

“The sound of master craftsmen flexing their creative muscles”: Our original 2006 review of Lamb Of God’s Sacrament

In August 2006, Lamb Of God were on the cusp of becoming metal's great mainstream conquerors. This is our original review from that time…