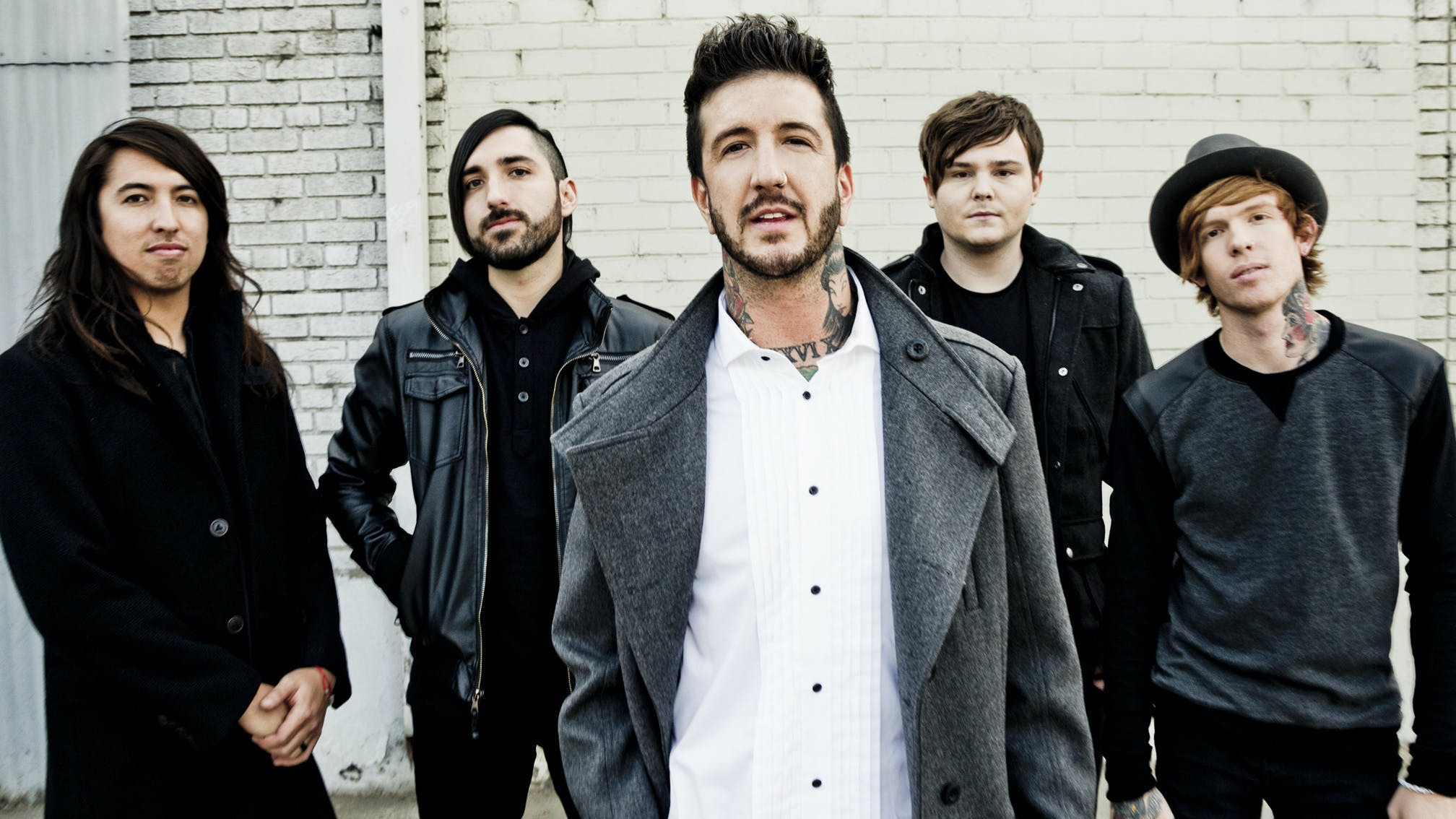 Four years on from Cold World, Austin Carlile has taken an open and honest look back at his final album with Of Mice & Men, having left the band in late 2016 following the record's release to focus on his health (Austin has Marfan syndrome, a fibrostic connective tissue disorder) and move to Costa Rica.

Having been listening to the LP recently and been struck in particular by the lyrics, 'We've been lied to', Austin took to Twitter to give some background insight into Cold World, explaining that, at the time of recording, he was in therapy and withdrawing from a seven-year "addiction to oxycontin, dilaudid, seroque, etc".

"People bash this record often," he writes. "I get it too. But the band was simply trying to write in a way where I would still be able to perform without tearing holes in my spinal fluid sac. We all wanted a heavy record. That was all on me, my fault. And I commend and respect the guys so much for taking that L for me, to help me."

Austin continues that he "shouldn't have even been in the studio in the first place" as he was "puking, convulsing, withdrawing all night, then waking to sing while shaking and sweating and craving relief".

Paying tribute to his bandmates during this difficult time, the vocalist explains that guitarist Alan Ashby and drummer Tino picked him up from therapy on to the studio because he "physically couldn't drive", before revealing that Alan said, 'I'm not going to stay here, I'm not recording this album with my friend and our singer like this and in this condition. It's not right.'

"He stood up for me, even to put the album on hold. He held his ground for me. That says a lot about a person. Speaks volumes about his character. Same goes for Phil, UB, & AP. The stuff they had to deal with when I was a wreck in that studio before giving my life to God (and even after, I didn't instantly become who I am today) was gnarly. It was a gnarly time."

He adds that, "But sitting together after I was in the hospital after cancelling our headlining tour to fix my three cerebrospinal leaks in my back. Knowing I was done. Knowing my body couldn't continue. Them wanting to continue with just the four of them… meant more to me than words can ever express.

"People take when I said, 'My years in OM&M were the worst of my life' way out of context. They were amazing. They shaped me. They led me to all of you. Those years led me to a relationship with Jesus. I started the band to run FROM Him & it ended up pushing me TOWARDS Him… they were simply the worst years because I was SEPARATED from Christ. And what HE had in store for me. Not because of the band. We worked our butts off, and I'm proud of all of us. But I'm full of JOY with where God has me, my wife, & daughter now. So to end this in the most corny way possible…

"Keep going. But enjoy where you are NOW. No matter what the situation. Learn from it. Grow from it… KEEP GOING. You have no idea what's in store for you next."

Read this next: 10 metalcore/deathcore bands you probably don't remember