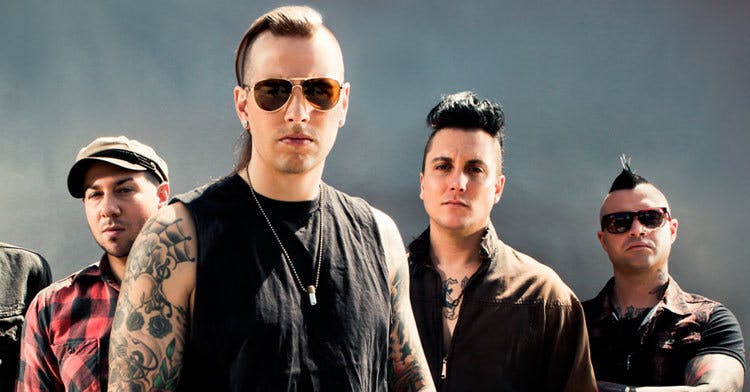 Avenged Sevenfold have posted an open letter on their official website to their fans about their decision to part ways with their label Warner Bros., as well as revealing they are currently halfway through recording the follow up to 2013’s Hail To The King.

The statement was issued after Billboard reported that Warner Bros. has, “filed a breach-of-contract suit against the hard rock act, seeking compensatory damages.”

The statement in full reads:

“We recently exercised our rights under California law and notified Warner Bros. Records we would no longer record for them. Few of the executives who have been integral to our continued success are still at the label, and we love and are grateful to them for their hard work. However, since we signed with the label, Warner Bros. has had 3 different regimes, multiple heads of marketing, and none of the senior management or A&R executives who were at the company and responsible for signing us are still there.

Whatever the activity, it takes a full team to compete, and we no longer know most of our teammates. In the coming days, you may read about the lawsuit our label filed against us for exercising our legal rights, rights the State of California granted specifically to protect artists. You may see mistaken facts or worse.

One such error we want to make sure you know about: Avenged Sevenfold has never renegotiated its original recording agreement with Warner Bros. Records. Billboard has now corrected its story to reflect the real facts.

Most importantly, we want our fans to know this: we are in the middle of writing a record we cannot wait for you to hear. We expect to go into the studio very soon, and look forward to releasing our new album later this year.