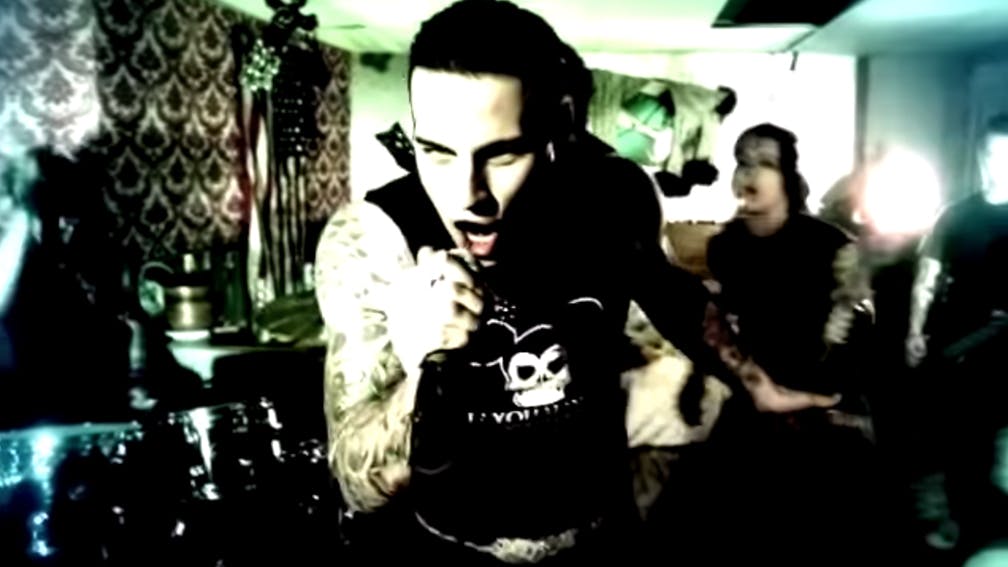 To celebrate the 14th anniversary of their incredible third album City Of Evil, Avenged Sevenfold's M. Shadow and Johnny Christ have taken an in-depth look at the LP's explosive breakout single, Bat Country.

"The song that changed it all," Shadows enthuses as he introduces the song in the below breakdown video, before giving some context as to where the band were at following 2003's Waking The Fallen: "I remember City Of Evil at the time was obviously a big jump for us stylistically," he reflects. "And I remember it sold okay in the first week, and then it started going down, down, down, down, down. We had a lot of people that were upset about the sound change, and at the time it was a few months in and we were like, 'Maybe people don't get it – maybe we made a mistake!'

"And then our friends in Good Charlotte – Benji, Joel, Billy and Paul – took us on TRL and we played Bat Country. And between the song and the video, it was the thing that kind of catapulted us into the mainstream, and every person that was listening to Britney Spears and the Backstreet Boys was subjected to Bat Country!"

Watch the fantastic breakdown video in all its nine-minute glory below.

And of course, give Bat Country's iconic video a spin, because why the hell not?

It looks like we won’t be hearing much in the way of new music or touring plans from Avenged Sevenfold this year.

As confirmed by radio host Lou Brutus back in March, guitarist Zacky Vengeance said in a text conversation with him: “I don’t think we will be doing any touring this year. Got some new babies on the way and are starting to get really focused on new material. I never deal in absolutes, but right now it’s leaning heavily towards 2020.”