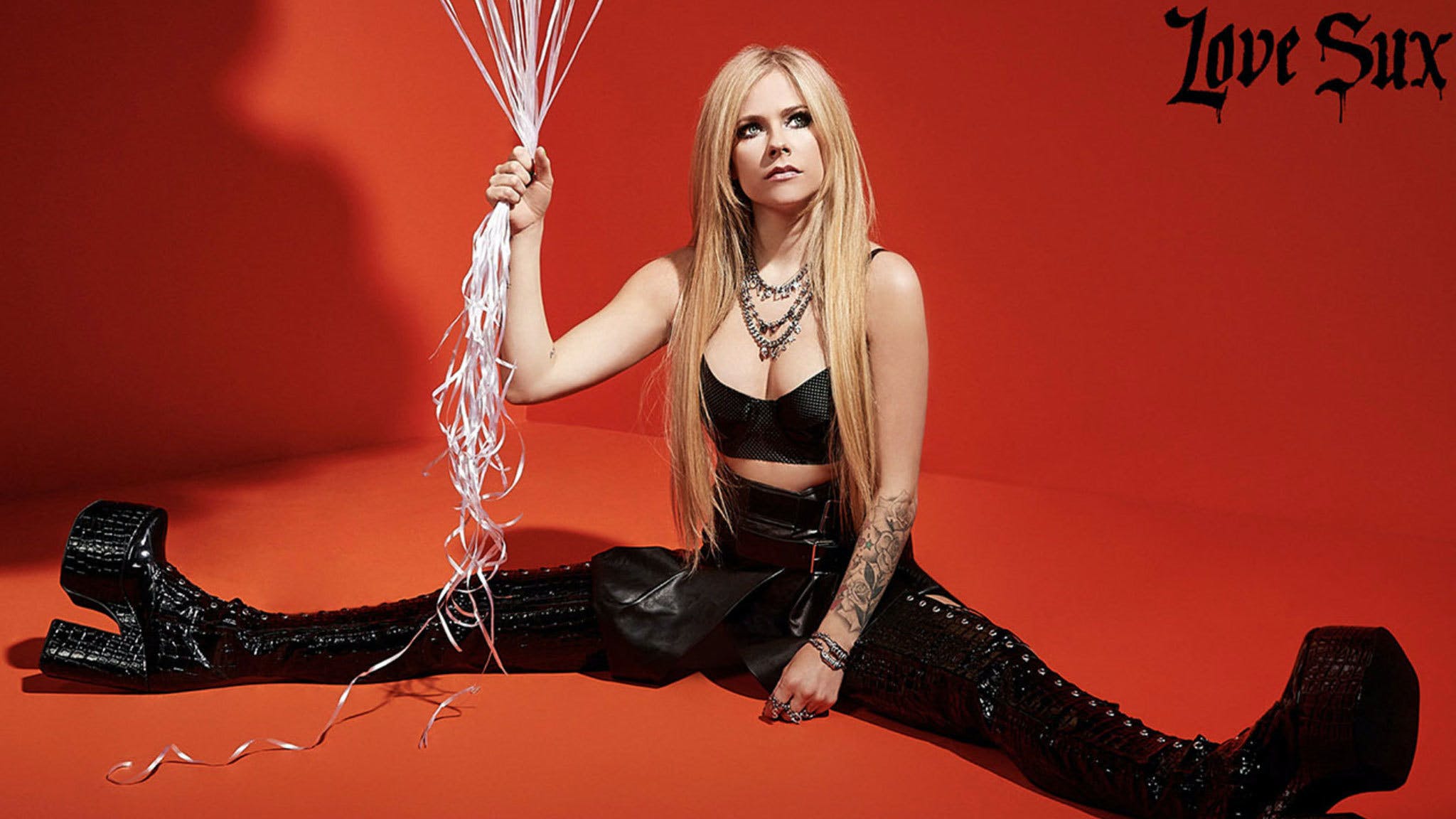 Avril Lavigne has announced details of her upcoming album Love Sux, and shared that a new single is coming tomorrow!

The musician had previously teased that album number seven would be arriving "at the top of" 2022, and now its official release date has been confirmed as February 25 (via Travis Barker's DTA Records). It'll feature guest appearances by blink-182's Mark Hoppus on the song All I Wanted, Machine Gun Kelly on Bois Lie, and blackbear on I Love It When You Hate Me – with the latter collab dropping this Friday, January 14.

Of what's to come from the whole thing, Avril revealed in December: "We used live guitars and live drums and didn't hold back, and just got to do exactly what I wanted and what I feel like I've probably wanted to do for a long time."

She also described the music as "fast. It's fun. It's just pure rock'n'roll from front to back."

The Love Sux tracklist is as follows: