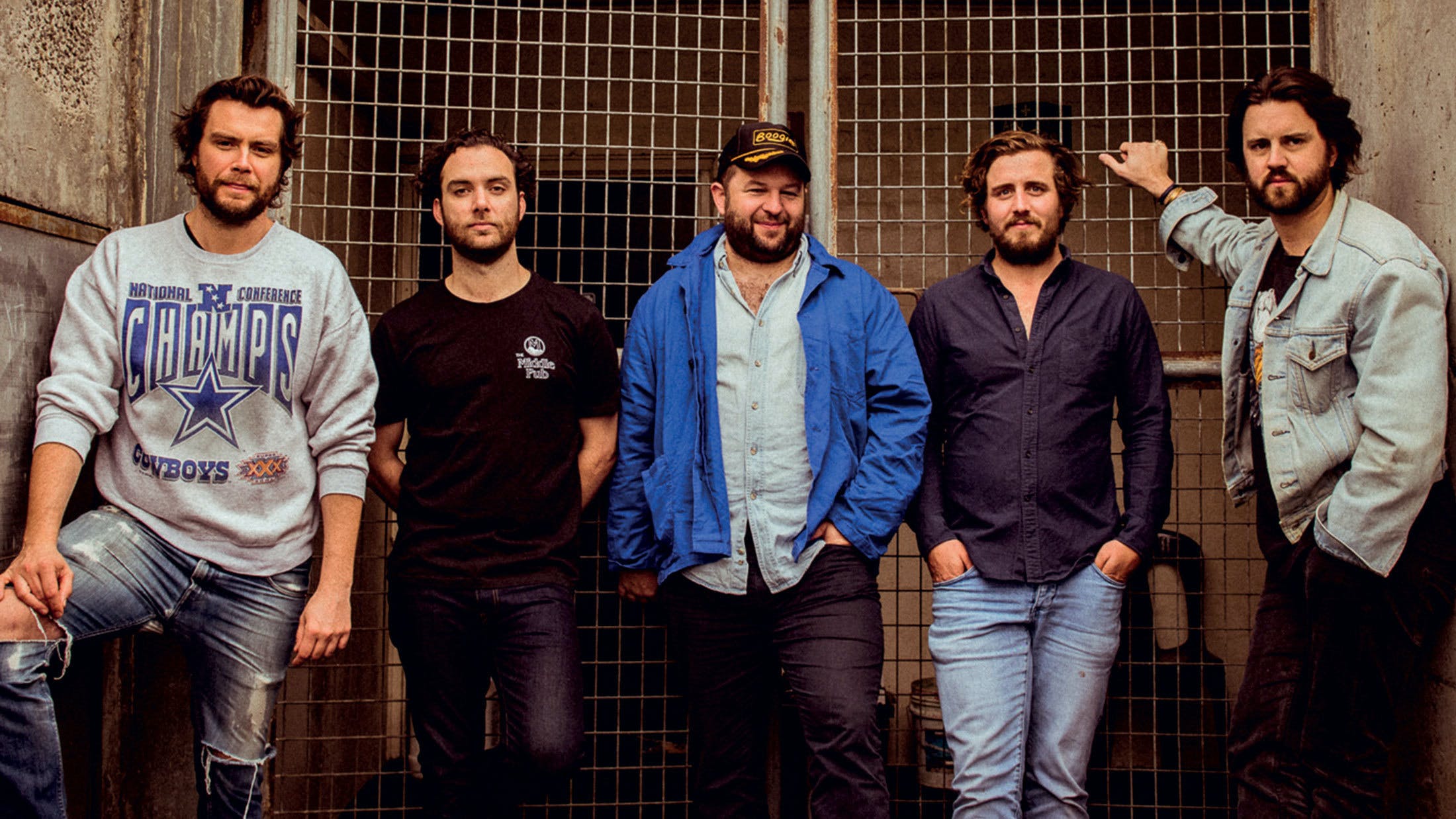 For Bad//Dreems, being in a band comes with certain responsibilities. Using your brain, for example, is something that is crucially important to the Adelaide quintet, both when it comes to crafting music, and what they’re using it to say.

“In Australia, there’s a lot of pub-rock bands,” vocalist/guitarist Ben Marwe says. “That carries with it certain notions of blokeishness and laddy behaviour, which are things we don’t subscribe to. With Bad//Dreems we’re focusing on strong songwriting, lyrics with meaning, and playing music we love. We’re not interested in labels.”

There’s certainly a great deal of meaning that can be drawn from the band’s excellent third album, Doomsday Ballet. A groovy collection of charismatic rock songs, it’s a record whose dark heart belies its surface sheen.

“We wanted to create imagery that evoked the dystopian nature of the world we live in,” Ben says. “There’s a track called Piss Christ, which was inspired by an art piece which depicts a crucifix being dipped in a jar of urine. In the song, however, we interpret the crucifix as being Donald Trump, and talk about how he’s like a drunk ventriloquist pulling all the strings.

Bad//Dreems recently demonstrated their socially-conscious outlook when they helped to organise Fire Aid, a benefit concert, which raised over $200,000 to support bushfire relief in Australia. For Ben, such events are what being in Bad//Dreems is all about.

“It was the best thing we’ve ever done as a band, and a very surreal day,” he remembers. “Watching our friends play and being with everyone who chipped in was amazing. But the best thing was raising money to help out our firefighters, residents and animals affected by the fires.”

With a storming record and admirable approach to band life, expect Bad//Dreems to blaze a trail of their own as 2020 rolls on.

Bad//Dreems' latest album Doomsday Ballet is out now via BMG.