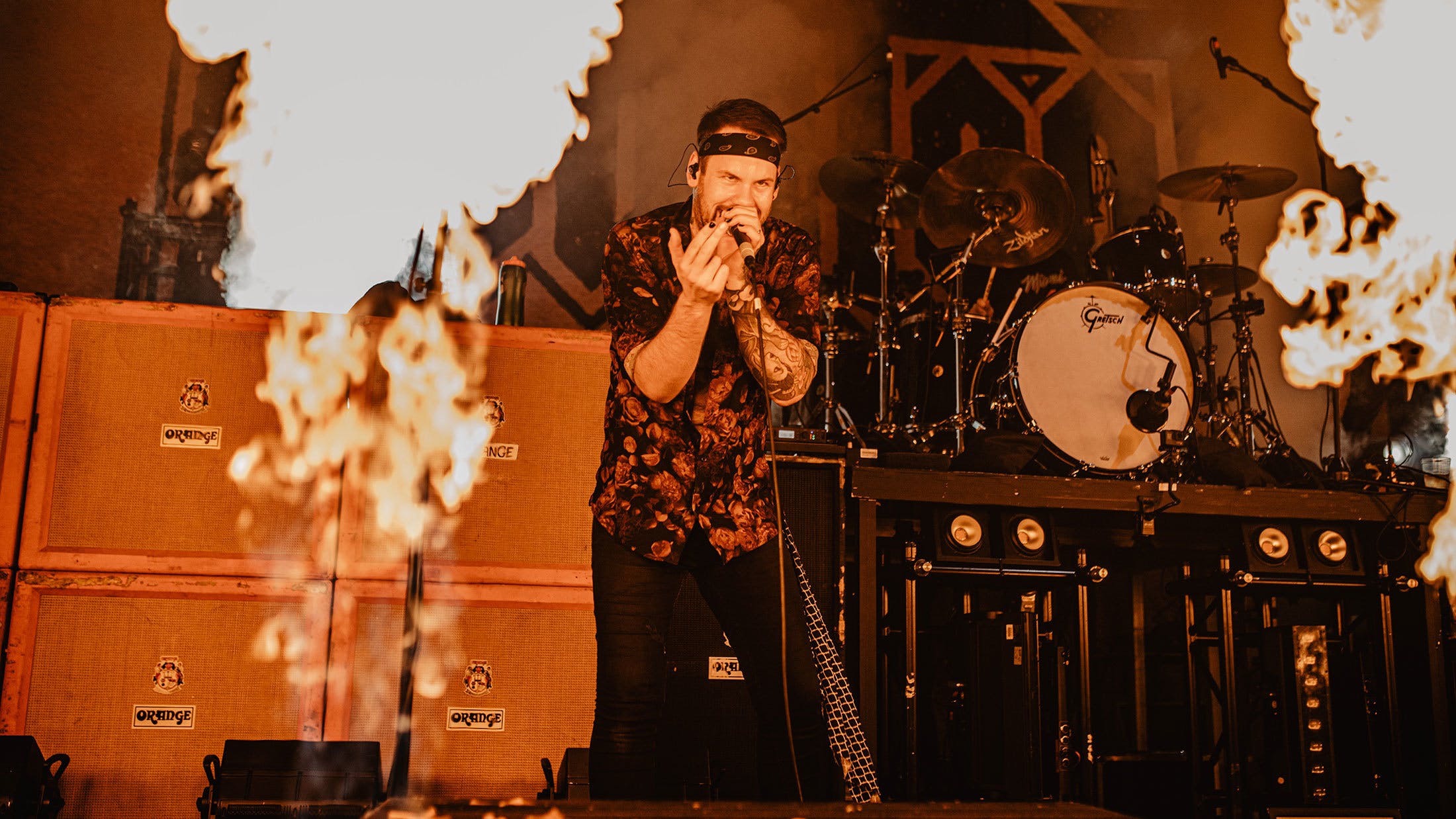 Ohio metallers Beartooth are reminding us of both what a great live band they are and how much we all miss gigs right now with the latest instalment of their Re-Live At Home series.

Caleb Shomo and co. have unveiled a fiery live video of The Lines, which is the opening track to their brilliant 2014 debut album Disgusting. And though the song is now a whopping six years old, it clearly still hits just as hard as ever if this video is anything to go by.

In pictures: Beartooth bring the fire to London

Of course, the band were in town to support the release of 2018's Disease, which Caleb had previously told Kerrang! was “hands-down” the most difficult record he's ever created.

“It was a really, really hard thing to get through,” he said. “By the end I was in a really fucking bad place. It was tough to fight through.

“There was a whole lot of stress that I felt making this album. It was basically between the fight of: ‘Do I really make a fucking true and honest record?’ or: ‘Do I just cop out and make the singles that I know people are going to want to hear? What do I do?’ But I chose to make an honest record, and I’m really glad I made that choice.”

Watch The Lines in London below:

Read this next: The people vs. Caleb Shomo

Beartooth’s Caleb Shomo: “Riptide is a statement that I’m going through something a little different right now”

Emo bingo, throwback sets and the Backstreet Boys… it can only be one thing: Bring Me The Horizon in Malta!