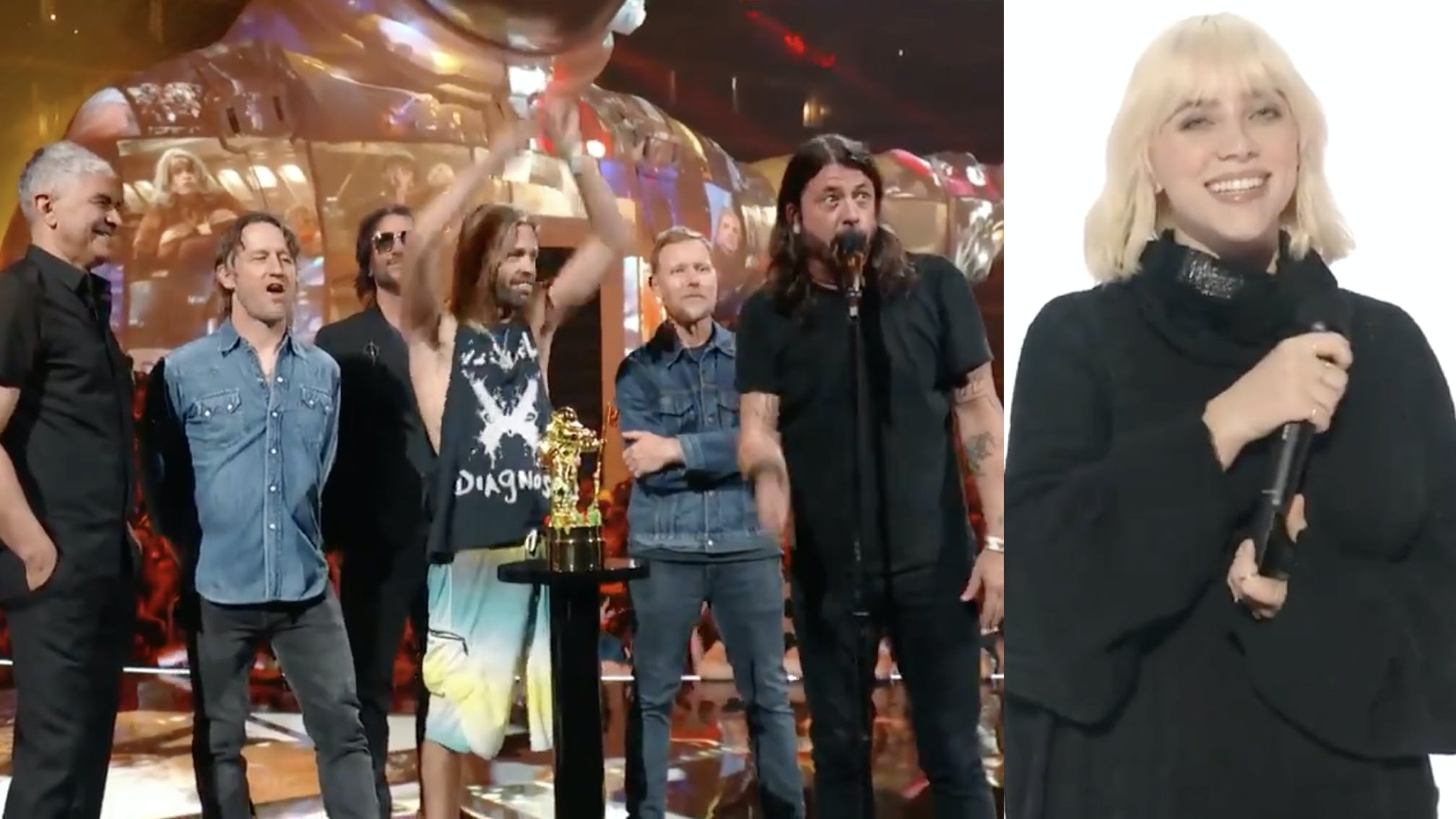 Billie Eilish is no stranger to rubbing shoulders with rock legends (in 2019 she introduced Green Day at the American Music Awards), and last night the pop superstar happily welcomed Foo Fighters to the MTV VMAs as the band received the first-ever Global Icon Award.

“They put their heart into every single song, and leave it all on the stage every time," Billie said in her speech. "They’ve carried the torch of rock'n'roll for 26 years.

“They have 12 GRAMMYs, seven Platinum albums, two VMAs, and this year they’ll be inducted into the Rock & Roll Hall Of Fame. They are heroes, they are legends, and now they’re officially Global Icons.”

The Foos of course graciously accepted the honour, with Dave Grohl admitting "it's quite an award to receive". After a speech thanking those who have helped them along the way, the frontman concluded: “We’ll see you in 26 years."

The band also performed an ace medley of Learn To Fly, Shame Shame and Everlong on the night, proving to everyone why they're such worthy winners of the Global Icon Award.

And see Foos' medley of Learn To Fly, Shame Shame and Everlong: