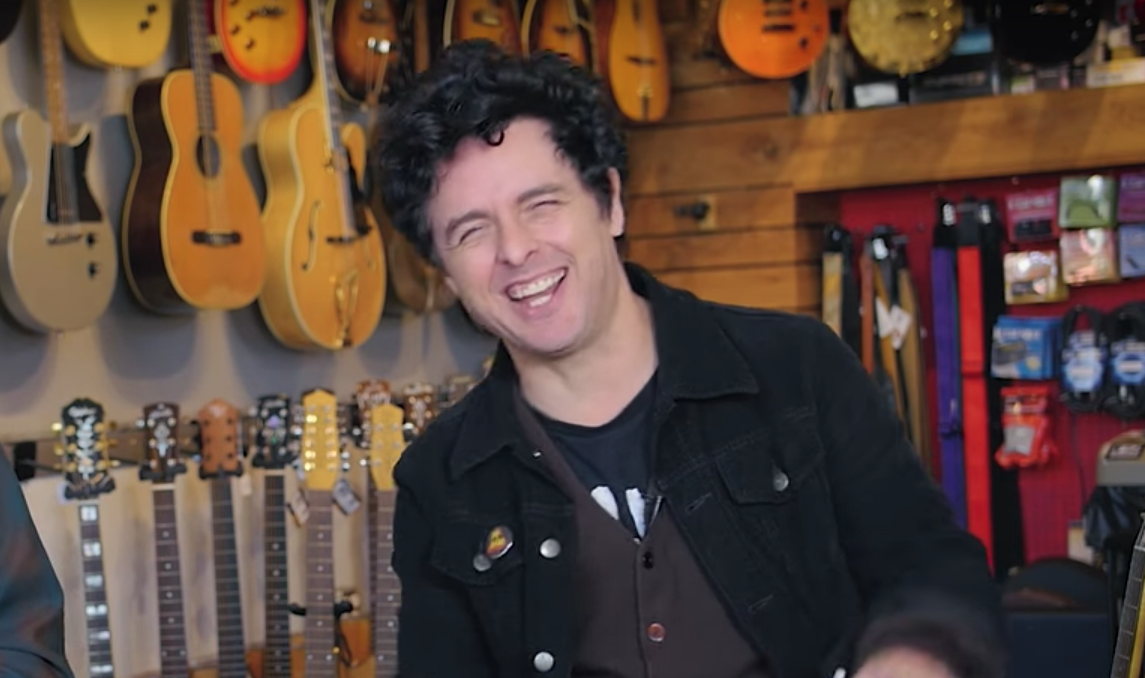 As the leader of the world's premier punk rock ensemble, Green Day's Billie Joe Armstrong has accrued a ton of musical gear over the course of his career. Fans will have the opportunity to own some pieces of punk rock history when items chosen by Armstrong himself from his collection appear in The Official Reverb Green Day Garage Sale, which launches tomorrow.

“Used guitars, in particular, come with a history to them." Armstrong told Reverb, "I love the character you can see looking at a fretboard that’s been used—you can see where someone played it in clubs, in barns, in churches. We had a guitar come through our store [Armstrong co-owns Broken Guitars in Oakland], and you could just see the smoke from the clubs it was played in. It was beautiful. I hope the gear from the Green Day Reverb shop goes to someone that plays it.”

Famous for his passion for Gibson Les Paul Juniors, Armstrong has chosen three from his impressive collection to include in the sale. “When Green Day was on tour, I was always looking for Les Paul Juniors at local guitar shops, and I started to accumulate a collection. At one point, we’d walk in, open the door, and the guy behind the counter would say ‘Les Paul Junior, right?’ And I’d say ‘Yes, sir.’”

The sale will also include:

- Over 20 pieces of new and vintage audio gear from JingleTown Recording in Oakland, where the last few Green Day albums were recorded.

- A Burns Brian May guitar that the band bought while on the American Idiot tour to play on their We are the Champions encore.