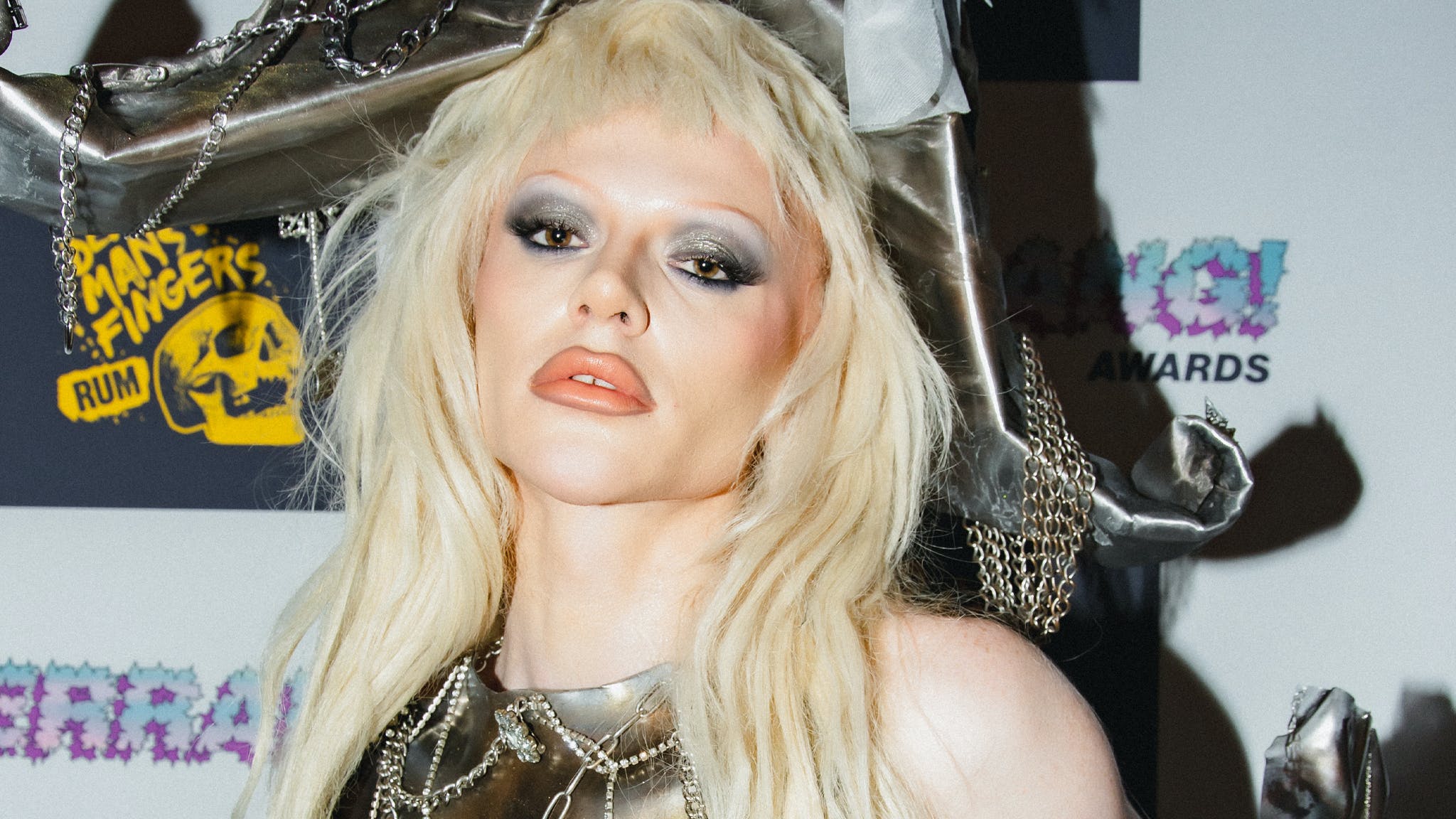 Some tour pairings are what queer dreams are made of – and this is one of them! Start those engines, because RuPaul’s Drag Race UK icon Bimini is taking to the stage in support of Phoebe Bridgers' recent signees, MUNA.

Hailing from California, MUNA are a band reinventing the power of pop. Last year, they signed to Saddest Factory Records, and in November they're kicking off a UK tour – with dates sold out across London, Brighton and Edinburgh.

Since her big break on season two of RuPaul’s Drag Race UK, Bimini has become a cultural star debuting at Download and making noise in the fashion world. This year, she even made a metal appearance at the K! Awards in, uh, Balenciaga armour and a pirate get-up. But that’s not all, the drag queen has freshly launched her music career with an all-queer rock band too.

In an exclusive interview with Kerrang! recently, Bimini shared more info on her collective: “The band is Tyler, Maxie and Kit. We've got Kit on guitar, Tyler on the bass and Maxie on the drums, and they're gonna kill it. People need to get ready for it. I tweeted it out asking 'What should I call the band?' and it was trending on Twitter! So many people were saying really funny stuff. It's funny because I'm the only blonde – well it's a wig – but everyone else in the band is all brunette so I thought Bimini And The Brunettes. Boy George said Bimini And The Boom and there have been loads like Bimini And The Boulashes.”

Bimini took to social media to drop their bombshell tour news: “I’ll be your number one fan MUNA. I can’t wait to support you on your UK tour this November!”

You can catch Bimini and MUNA on tour at the dates below:

Read this: Bimini: “To walk out onstage in a 40-inch wig, a high-rise thong, and f*cking perform Prodigy feels great”

Bimini: “To walk out onstage in a 40-inch wig, a high-rise thong, and f*cking perform Prodigy feels great”

Ahead of making her Download Festival debut this weekend, Bimini Bon Boulash talks recruiting an all-queer band, why Princess Diana is punk, and how Green Day inspired her old email address…