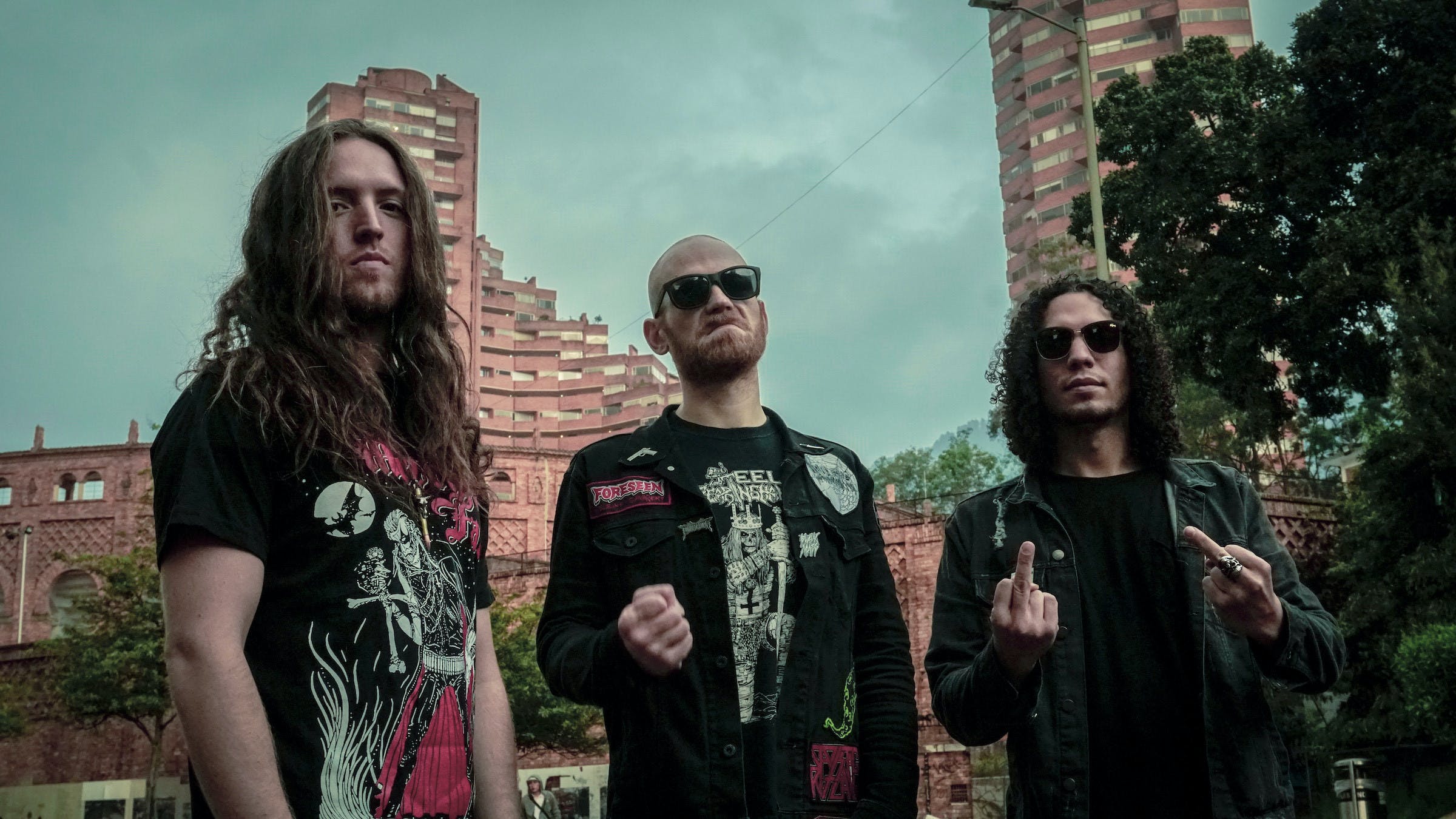 The world is dying before our eyes, and Black Mass have made popcorn. The Boston-based blackened thrash trio play the kind of raucous, thundering speed metal that brings a tear to the eye of mushroom cloud-worshippers who miss the glory days of the Teutonic Three. With last year's Warlust, the band announced themselves to the scene as a force to be reckoned with (and introduced metalheads to one of the coolest album covers they'd seen in years); now, with a new record in the chamber, they're stoked to prove to the world that thrash is still alive and stomping.

The band's new single Dead To The World, released via a chaotic performance video, only furthers their campaign of world domination. Musically, the song shows Black Mass evolving through guitar acrobatics and song structure without ever losing their speed or ferocity. Visually, the footage takes viewers through the band's days on the road, with nonstop mosh pits and casino nights making one wish they'd been along for the ride. Together, the track and video are a touching tribute to the wild thrasher within all metalheads, who believes in the undying power of evil music even though their favorite shirt just got ripped by some psychopath.

“We are highly excited to premiere our new video, which features the first single from our third studio album," say the band. "We’ve been hard at work on the new record for the last year since releasing Warlust in February 2019, and we’ll be recording the new album in full this April with Alex Garcia-Rivera at Mystic Valley Studio in Medford, MA. The video features footage from our South American tour through Colombia this past November, and the single was recorded in Bogotá, Colombia at EQ Studio by Marcos Mejia."

Check out our exclusive premiere of Black Mass' Dead To The World below:

Catch Black Mass live at one of the following dates later this month:

READ THIS: The 25 greatest thrash albums of all time