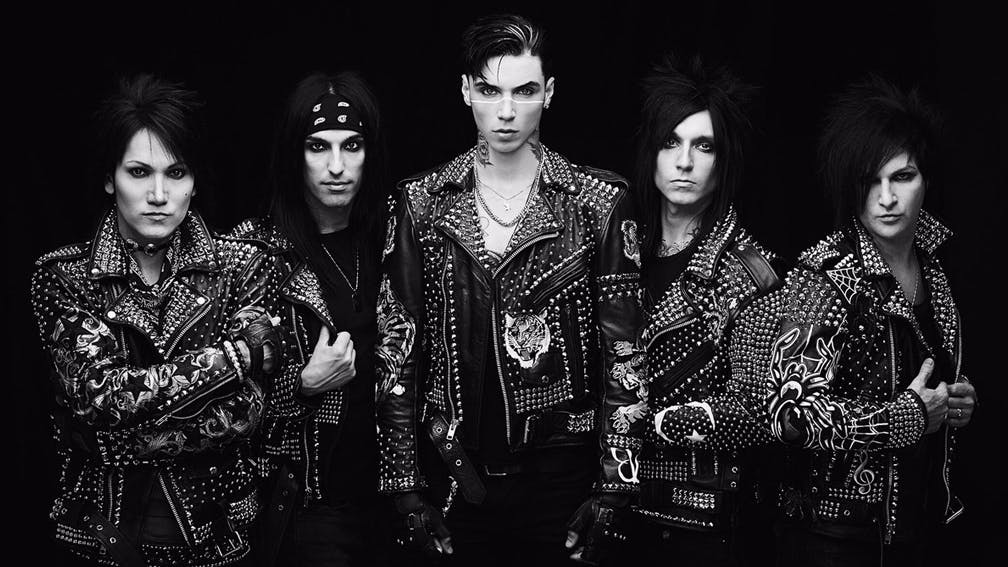 Andy Biersack has revealed to Kerrang! that he is working on new Black Veil Brides material with guitarists Jinxx and Jake Pitts.

Speaking at a Kerrang! In Conversation event on Monday, Andy spoke about the upcoming We Stitch These Wounds reissue, and announced that it will include a handful of new tracks alongside re-recordings of the original songs.

"We intend on doing the 10-year anniversary re-release and rework some of those songs. It’s funny that we’re doing it now because I’ve been trying to do it since 2013. I can remember Jake and I sitting on the bus going ‘we gotta do this’ because in just three years we were better as musicians and knowing how to be in the studio – we wanted to give those songs a fair shake.

"Sonically they’re so poor in the way they’re recorded, not by anybody’s fault, but we just didn’t have much money for what we were doing. I would love to hear what they sound like done now. Vocally, for me, I’d love to be able to sing those songs now.

"Also we intend on doing some new songs for it and everything. Jake, Jinxx and I have been working on that and Jake’s probably going to produce the whole thing. Moving forward I don’t know what the future holds. Whatever we do it’s going to be something entirely different because we closed the chapter with Vale on what that era of the band was. It’s actually kind of exciting to know that moving forward, it’s going to be different, it’s going to be fun and exciting."

Andy also shared his thoughts on those fans who are disappointed he's releasing the new Andy Black album The Ghost Of Ohio, rather than working with Black Veil Brides right now.

"I want to prepare people that I’m taking this record and this cycle seriously. I want to tour it properly, I want to go everywhere in the world with it, I don’t want it to be six months of me touring and then I have to go back to the other thing. I want to be able to do both at once.

"I can record the songs I need to record at home, I wrote most of them 10 years ago. The songs for the re-release, we’re working on them right now. Jake has already gotten started on them. I want to tour this record properly and pay attention to it and I want the people that listen to me to understand it’s not because I’m abandoning something, I believe in this record and I want it to be heard."

Andy went on to explain what the rest of BVB are up to.

"Jinxx is scoring films. Jake is doing AELONIA. CC [drummer] has all kinds of stuff going on. The members of the band care deeply about the band, and it’s important to understand that while the band may not be active right now, it’s not the end of time.

"There’s something really exciting coming for the band – all hope is not lost because I’m doing an Andy Black record. There will be new Black Veil material but for now I really want to focus on this."

Andy Black's new album The Ghost Of Ohio is out April 12.