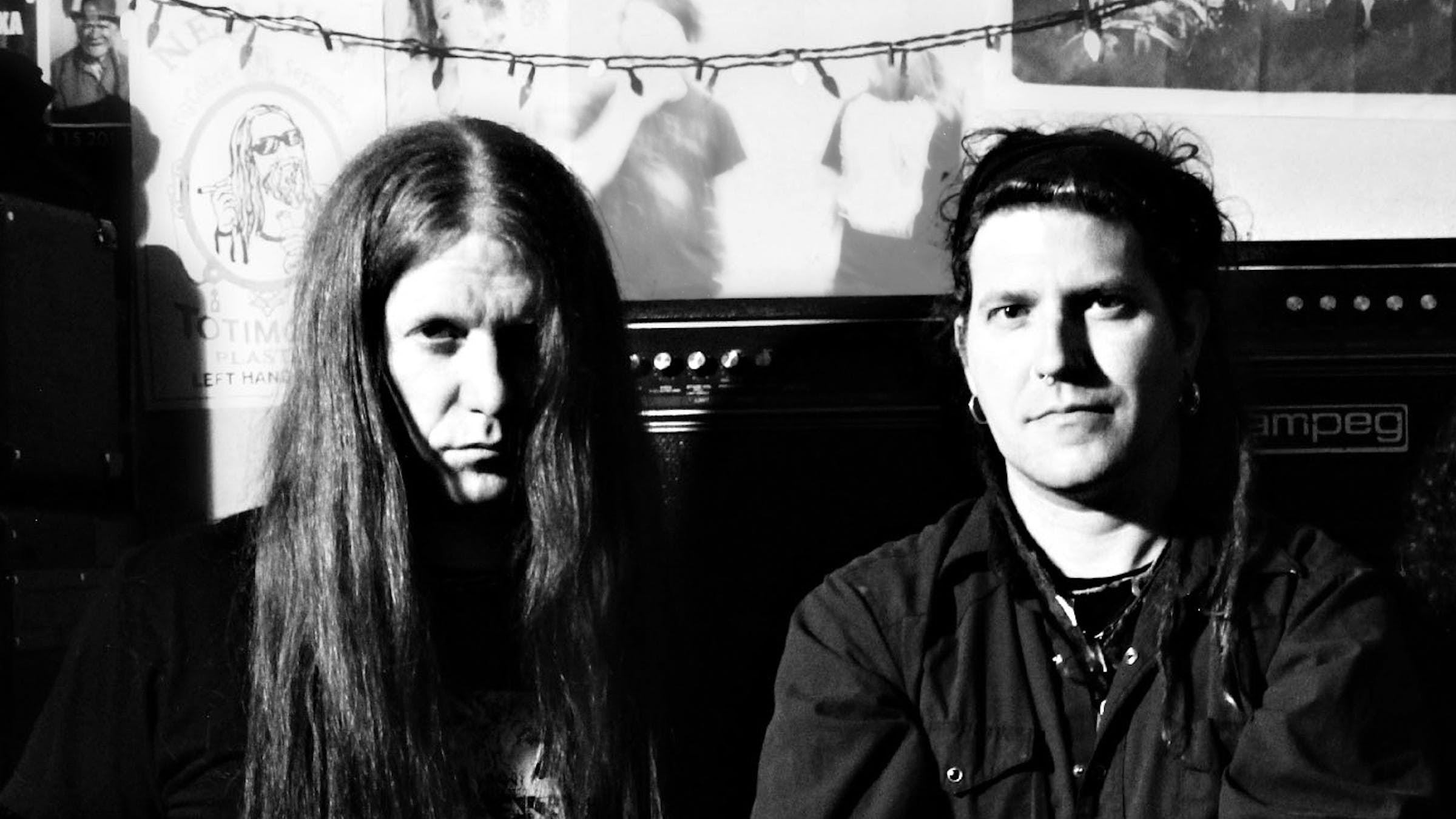 With blackQueen, it's all about that sweet spot between the poles. The band's music is an awesome coming-together of sonic elements from across metal's wide horizon, but still manages to hold onto that galloping sense of adventure that makes classic heavy metal so uniquely compelling. The Seattle quartet refer to their sound as 'witch metal', a label that hearkens back to everyone from Sodom to Coven, both of whose influence can be heard in their sound; but the title also feels like a perfect fit for this music, whose extremity is always colored by the arcane, and whose enchantment is never without blood and darkness.

blackQueen's first new LP in four years, The Destructive Cycle, is a warlike and noisy approach to their tone. The album is still full of cavernous moments of ritualistic chanting and echoing guitars -- provided in part by Leviathan mastermind Wrest, who also painted the record's cover -- but between them the band charges in a stampede blackened arch-thrash that feels like a spiked gauntlet around their esoteric spiritual moments. Songs like Feed The Worm and Infinitesimal show off their range, giving fans an example of something richer than black metal, more sepulchral than thrash, and sharper than doom -- a perfect taste of that sweet spot right in the middle.

We reached out to frontman and former Assück bassist Pete Jay about the dark secrets behind the band's new album.

How do you feel blackQueen has grown between this album and 2015's The Directress?

As a band overall, this new album was composed with half a different lineup than Directress, so it's a slightly different approach to songwriting because we have written things that are truer to the element of what the player excels at. Also, life is very different now for me than it was during 2014, and this new album represents an accumulation of my experiences from an esoteric standpoint. Whereas The Directress was more of an expression of many different stories, The Destructive Cycle is one story with six chapters, if that makes sense. I've come closer to realizing that blackQueen has always been a channeling of whatever spiritual purity or impurity I have been feeling at the given time. So there will always be more growth and surprises with this band, as I refuse to settle into my ways and have things become predictable. The next phase will be the most challenging for sure.

Is there something you feel you can do or express with blackQueen that you can't with your other projects?

Absolutely. It's almost perfect for me personally, as expression goes. There are other people in the band, though, and I have to be fair to them and include their soul and input, so in a way it's a compromise. But we've always had the best people in this band, all good listeners and creative innovators. So in a big way, it's having a common understanding with bandmates that makes this work, and I'm always open to being challenged musically. In a way, it's way more personal to me than many of the other things I have done, more pure. I'm very thankful to all my bandmates for being so open to how I see the vision for what we do. It's not very easy to do that in most bands without a lot of resistance and compromise. I have definitely been called a diva for sticking to my artistic guns, and that I don't mind at all.

Can you explain the Taoist inspiration behind the album?

I have trained with two Taoist masters for 10 years in the internal martial arts of Wudang Sword and XingYi. Both arts encompass five element theory in the techniques and overall understanding. I was also lucky enough to travel to the Wudang Mountains of China in 2013 with a Taoist priest as a guide and teacher for the group. The energy and calm serenity of this place that is held as sacred by the Taoists was indescribable, and had a huge impact of my life. It literally changed me forever.

So I decided to take it upon myself to write a concept album that revolved around the destructive cycle of five element theory, or Wu Xing. It wasn't easy. Each song represents an element, and the lyrics therein are a story revolving around that element. Also the elemental songs are arranged in the proper order of the cycle, in which I hoped to create a musical harmony that transcends music and goes straight to the core of creation and destruction as two opposing forces that coexist in harmony. To my knowledge, it is the only metal album of its kind.

READ THIS: The 13 best bands with 'witch' in their names

Are there other cultures or witchcraft traditions that you would like to explore with the project?

indeed there are. I have already written three set of words that are all inspired by native American practices based around predation. There are four different human lessons within this practice, each with its own element and direction and each has its own magical practice. Ultimately, you are working internally with animal totems to eliminate negative elements in your life through meditative visualization practices. It's a very unique type of practice that is ancient, and can help you better understand your world by understanding the way of nature and how it relates to us as being animals ourselves.

Other than that, there is an entire branch of southeastern Asian spirituality which I am very interested in. In Indonesia you can still be convicted of the crime of 'practicing black magic', which is punishable by death. So as the modern world marches on, there are many cultures that still take these practices very seriously, and I find that quite fascinating to say the least. To perceive and accept something as real that we cannot see is a dying art for modern man. The ability to tap into the innate power of intuition without clinging to the egotistical beliefs we have been conditioned to accept is a topic I will always embrace, no matter what culture is stems from.

Listen to an exclusive advance stream of blackQueen's The Destructive Cycle below:

blackQueen's The Destructive Cycle comes out Friday, November 22, and is available for preorder.

READ THIS: This might be the greatest band breakup announcement of all time