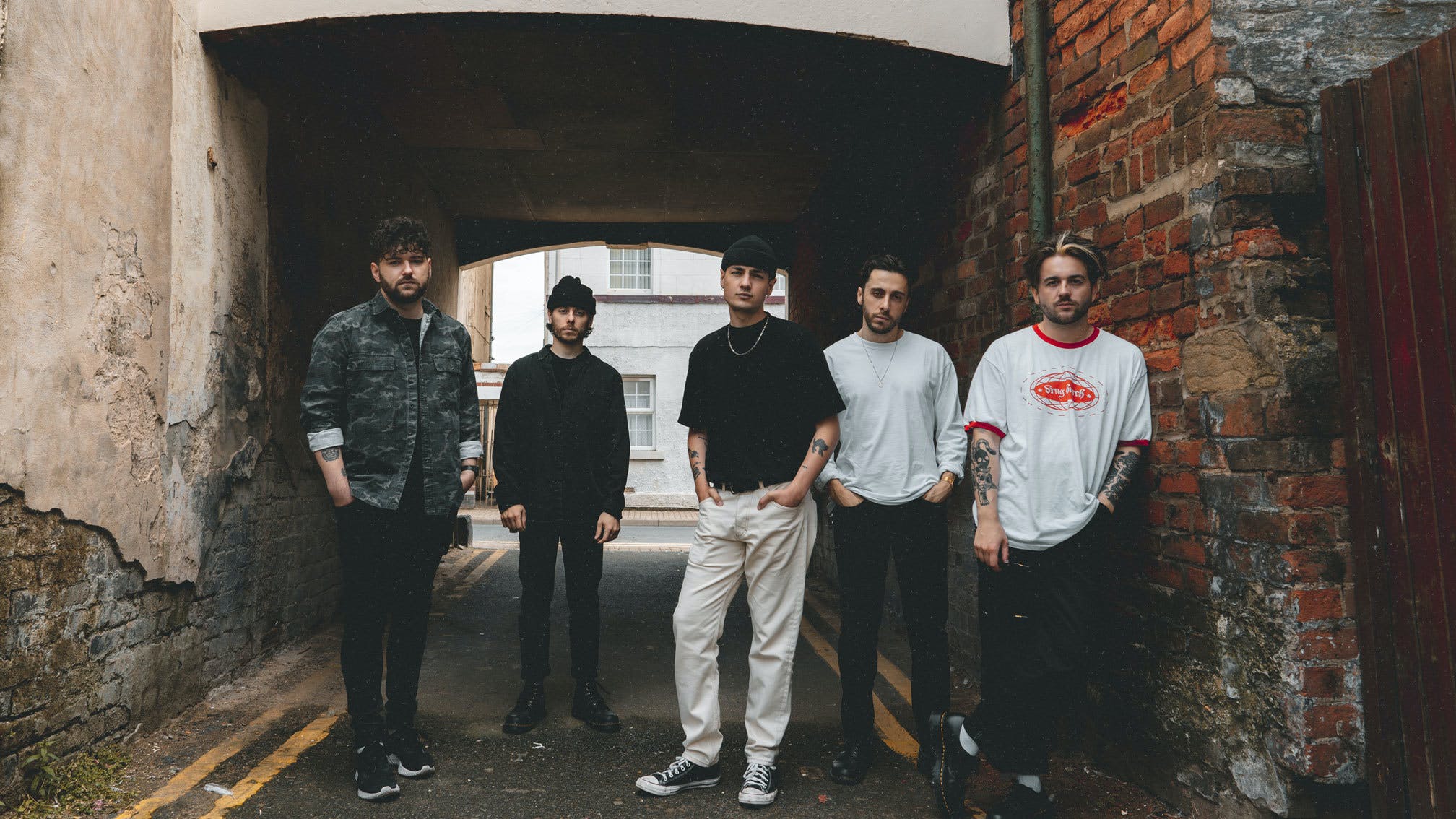 Following the release of recent singles Carbon Mono and Algorithm, Boston Manor have dropped another new track and shared details of an EP due out this Friday.

The Blackpool gang will be releasing the five-track Desperate Times Desperate Pleasures EP on October 29 via SharpTone, and it'll feature the aforementioned two singles, plus newly released Desperate Pleasures (listen to that below), and two more tracks called I Don’t Like People (& They Don’t Like Me) and Let The Right One In.

Discussing the EP as a whole, frontman Henry Cox shares: "We made this record just coming out of lockdown. We’d tried to write throughout 2020 but nothing was coming out; everyone’s mental health was suffering – it was just a really frustrating time.

"And then, as soon as January this year hit, just like that all these songs started flooding out of us. It was a really great opportunity to exorcise all of the frustration and pent-up emotion of the previous year and really process those thoughts and feelings.

Read this: Boston Manor are the voice of a new generation

"It felt so refreshing doing an EP, with no expectations placed on us, we just went into a small studio in London and made really fun songs all throughout the year. It was such an enjoyable time, we hadn’t seen each other for 18 months and we’re used to spending nearly every day together. We really just fell back in love with being in a band."

Speaking about Desperate Pleasures, Henry adds, "It’s a song about generational change. I think the pandemic brought out some good in people but it also brought out a lot of nastiness. I saw a lot of appalling behaviour over the last 18 months and it made me feel quite depressed. As soon as people are placed under difficult circumstances they should come together, not start lashing out and taking everything for themselves. I guess this song is me hoping that things will get better."

Listen to Desperate Pleasures below:

Read this: Now Hear This: Henry Cox on the best new post-punk, powerviolence and post-hardcore