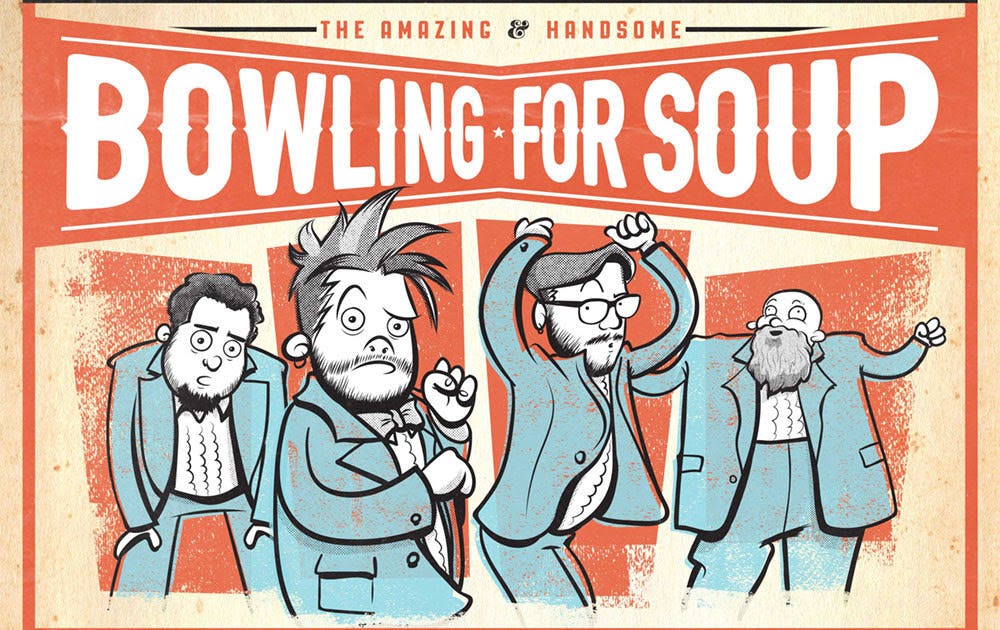 How about this for a bit of pop-punk nostalgia? Bowling For Soup have announced that they'll be playing their seminal album, Drunk Enough To Dance, in full on their upcoming UK tour.

They'll be joined by Army Of Freshmen, who'll be celebrating their 20th anniversary, and The Aquabats!, which marks their first appearance in the UK for five years. These shows will be heading into some nicely sized venues in February, 2018.

Tickets go on general sale on Wednesday, September 27 at 10am from the following link.

Yeah, we're very much looking forward to shaking our hips to the likes of Girl All The Bad Guys Want – it's going to be like it's 2000 all over again.

Get in the mood by listening to the album in full below: