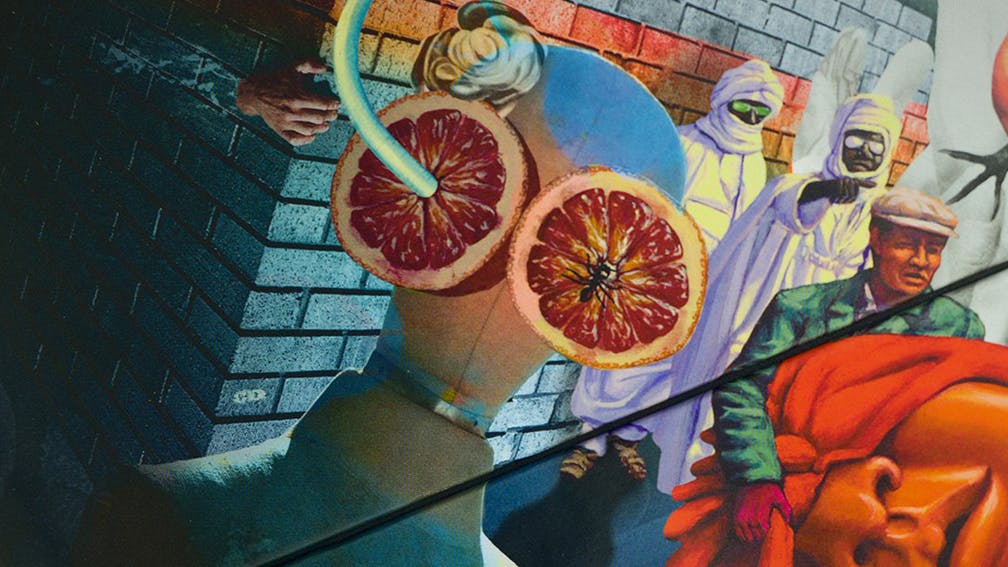 None of The Mars Volta’s records are exactly light on head-spinning moments. To get them all together on vinyl, in one surrealist splurge, is to feast on the giddy imaginations of Omar Rodríguez-Lopéz and Cedric Bixler-Zavala. As well as remastered versions of their six studio albums, plus oft-overlooked EP Tremulant, La Realidad De Los Sueños includes an alternative version of debut full-length De-Loused In The Comatorium. Renamed Landscape Tantrums and composed of the earliest recordings of this material, these rougher takes possess a raw, in-the-moment quality distinct from their officially-released counterparts.

The treats don’t stop there, though: also included on seven-inch vinyl are A Plague Upon Your Hissing Children and Eunuch Provocateur, two tunes from the sessions that didn’t make it onto De-Loused (although a version of the latter appeared on Tremulant). As well as being catnip for completists, these tracks help tell the story of this most singular of outfits, bridging the gap from their creators’ immediate past in post-hardcore legends At The Drive-In to the many-hued rush of creativity that would come to define the MV catalogue.

Rediscovering this body of work is a real treat, a journey down a rabbit hole where punks take on psychedelia, jazz fusion, dub and Latin sounds to create some of the most genuinely progressive music in rock history. The most memorable moments come early on, like the frenetic Inertiatic ESP or the dense grooves of Cut That City, but gems are liberally dotted throughout a career which, somehow, originally lasted just one solitary decade. With a hardback photo book also included, this sprawling box set doesn’t come cheap – but it’s hard to put a price on its alien excellence.

For Fans Of: At The Drive-In, Mastodon, Rush

Read this: The Mars Volta: Every album ranked from worst to best

The Mars Volta are back from hiatus with a brand-new single, Blacklight Shine…

The Mars Volta: Every album ranked from worst to best

Each Mars Volta album is different, shimmering with a rainbow of ideas and sonic expressionism. But which record is their definitive artistic statement?

The Mars Volta's La Realidad De Los Sueños boxset contains newly remastered versions of all of the band's EPs and albums to date.

Kanye West To The Mars Volta: “We Need To Finish The Album”

Have The Mars Volta been working on music with Kanye West?