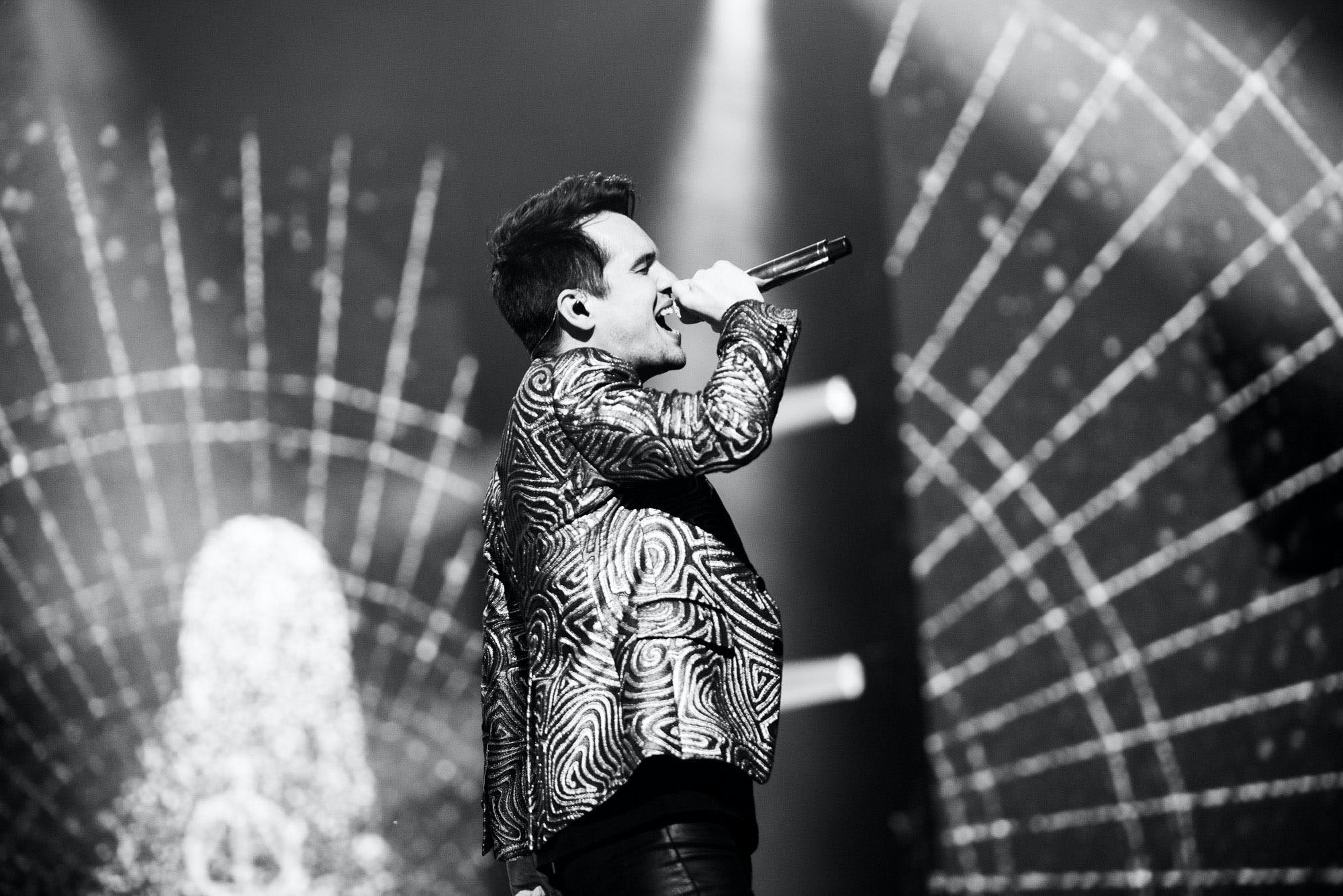 Following last week's bonkers collaboration with pop megastar Taylor Swift, Panic! At The Disco leader Brendon Urie has revealed who he wants to work with next.

While the Panic! frontman and TaySway just broke a new Vevo record with their single ME! (the video was viewed a whopping 65 million times in its first 24 hours), Brendon already has another huge singer in mind on his collaboration bucket list: GRAMMY-winning country musician Kacey Musgraves.

“I’m a huge Kacey Musgraves fan," Brendon admitted in a fan Q&A on YouTube channel Ask Anything, in which he was asked about who he would like to do a CMT Crossroads episode with. “We went to a Clive Davis party a year back or two and sat at the same table – the same table as Kacey and Maren Morris… I remember just sitting across from Kacey and me and my wife were losing it, y’know.

“I’m just a huge fan of her voice [and] her songwriting style. I think that would be really really fun to do.”

Check out the video below, where the frontman also discusses the writing of Panic!'s recent single Hey Look Ma, I Made It, not being afraid of failure and loads more. As ever with Brendon, it's a good watch…

And, if you haven't already seen it, check out Brendon going full Mary Poppins and giving Taylor Swift a kitten in the video for ME!.

Kacey MusgravesPanic! At The Disco

Panic! At The Disco return with Viva Las Vengeance album and tour

Panic! At The Disco are back! Brendon Urie has announced details of seventh album Viva Las Vengeance, shared the title-track and video, and announced a 2023 tour…